To avoid World War III, Gorbachev says all "nuclear weapons must be destroyed"

"As long as weapons of mass destruction exist, primarily nuclear weapons, the danger is colossal." 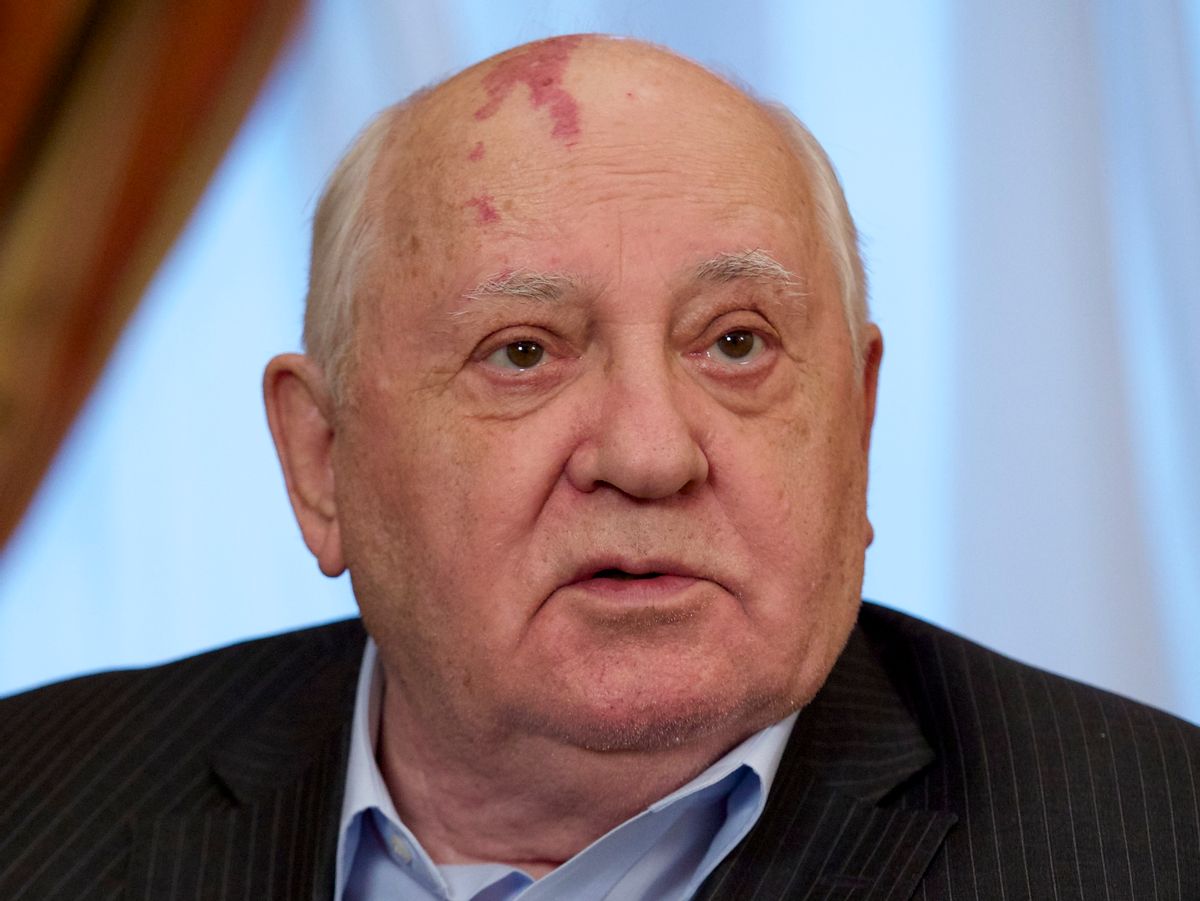 In this photo taken Friday, Dec. 9, 2016 photo former Soviet President Mikhail Gorbachev speaks to the Associated Press during an interview at his foundation's headquarters in Moscow, Russia. Gorbachev said the West has wasted a chance to build a safer world after the Cold War while the U.S. has gloated at the Soviet Union's demise. (AP Photo/Ivan Sekretarev) (AP)
--

Former Soviet leader Mikhail Gorbachev warned Monday that heightened nuclear tensions between Russia and the West have dramatically increased the threat of another catastrophic global conflict.

"As long as weapons of mass destruction exist, primarily nuclear weapons, the danger is colossal," Gorbachev said in an interview with the BBC. "All nations should declare — all nations — that nuclear weapons must destroyed. This is to save ourselves and our planet."

The pact barred both parties from possessing, testing, or using ground-launched nuclear and non-nuclear missiles with ranges between 310 and 3,400 miles.

Disarmament advocates, including Gorbachev himself, warned earlier this year that Trump's decision to ditch the Cold War-era treaty would set off a new nuclear arms race.

Asked Monday to describe current tensions between Russia and the West, Gorbachev responded, "Chilly, but still a war."

"Look at what's happening," said Gorbachev. "In different places, there are skirmishes, there is shooting, aircraft and ships being sent here, there, and everywhere. This is not the kind of situation we want. There mustn't be bloodshed."