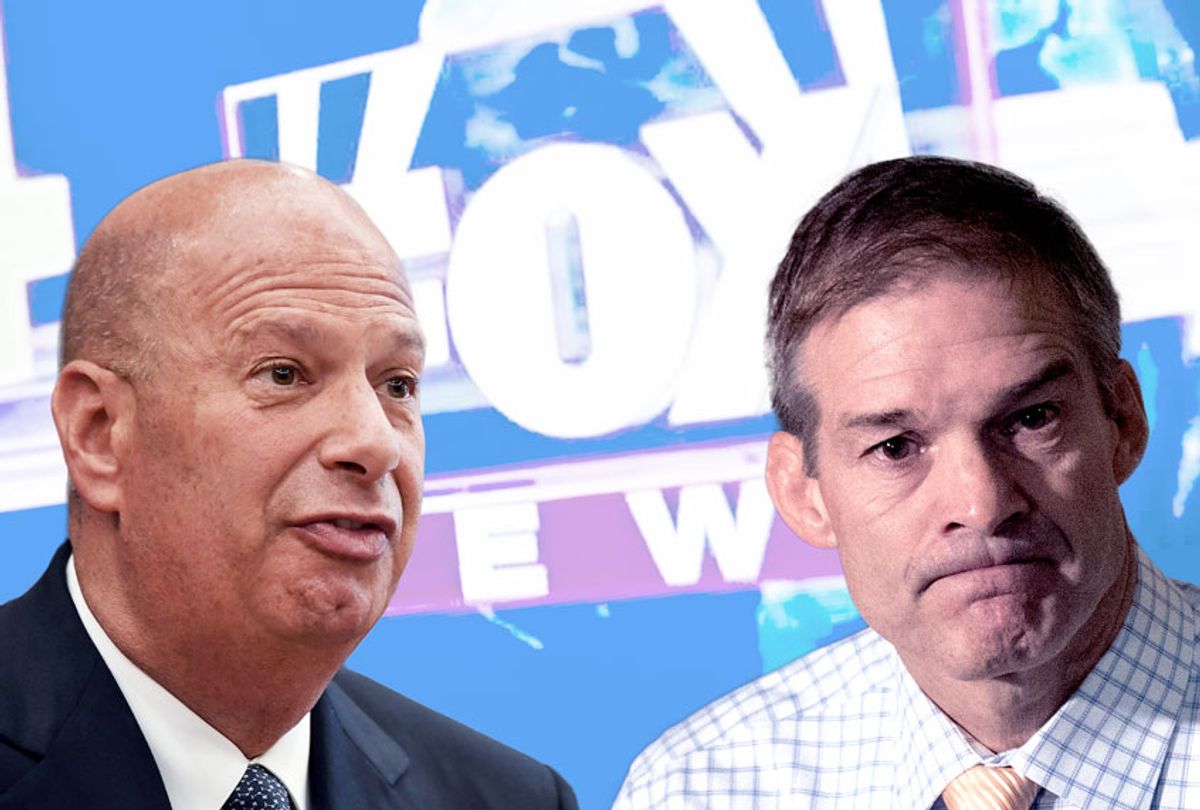 The first transcripts from the House of Representatives’ closed-door impeachment probe were released on Tuesday. As CNN’s Chris Cillizza put it, that was “the day when it became damn near impossible for any serious Republican lawmaker to deny that there was a clear quid pro quo proffered by President Donald Trump and his administration to Ukraine President Volodymyr Zelensky.”

Maybe those words were a challenge. Any logical reading of the revelations from the released transcript would suggest such responses, but Republicans’ actual reaction to Tuesday’s blockbuster once again reinforces the reality that such rationality is all but buried in Donald Trump’s Washington.

With a substantial revision to his initial testimony before the House Intelligence Committee, Gordon Sondland, the United States ambassador to the European Union, confirmed that he told Ukrainian officials that U.S. military aid was tied to their commitment to launching the political investigations Trump wanted. The bribery plot, as Sondland described it, included a Sept. 1 trip to Warsaw to deliver the quid pro quo message to the Ukrainians: Military aid would be withheld until Trump got his kickback.

Sondland testified that he understood Ukraine would need to meet Trump’s "demands" before a meeting between Trump and Zelensky could take place. And with that, a key witness — Trump’s best defense witness, until now — apparently concerned about possible perjury charges after a wealth of conflicting testimony from other career diplomats, blew away any previous denials of a clear quid pro quo. Republicans on the Hill, in keeping with recent tradition, don’t seem to care.

Consider Sen. Lindsey Graham, R-S.C., chair of the Senate Judiciary Committee, who demanded the release of the transcripts last month.

On Tuesday, in a predictable if remarkable walk-back Graham said he would not even read the transcripts he wanted released — presumably so he isn’t forced to change his position.

"I've written the whole process off,” Graham told reporters on Tuesday, “I think this is a bunch of B.S.”

Notably, Graham said in September that he might support impeachment if there was evidence of a quid pro quo beyond the White House’s memo on Trump’s July call with Zelensky. Here are the senator's exact words: "What would’ve been wrong is if the president had suggested to the Ukrainian government that if you don’t do what I want you to do regarding the Bidens, we’re not going to give you the aid." Sondland has just testified that that is exactly what happened.

A similar switch happened on Fox News, where in September, “Fox & Friends” host Steve Doocy said: "If the president said, 'I'll give you the money, but you've got to investigate Joe Biden,' that'd be off the rails wrong."

On Tuesday, the one and only email alert the network sent its subscribers ignored Sondland’s damning testimony in favor of misleading spin on testimony from another witness, former U.S. envoy to Ukraine Kurt Volker.

“Ex-envoy Volker told House panel Trump did not tie Ukraine meeting to push for Biden probe, transcripts show,” the original report headline read. In the revised transcript of his testimony, however, Volker admitted that he texted to a top Ukrainian official the script that Trump wanted Zelensky to read when announcing a public probe into Biden.

[The Ukrainian official] said, I think quite appropriately, that if they are responding to an official request, that’s one thing. If there’s no official request, that’s different. And I agree with that. ... And my comment back to him was I think those are good reasons. And in addition, I just think it’s important that you avoid anything that would look like it would play into our domestic politics, and this could. So just don’t do it.

Furthermore, Volker tore down the right-wing conspiracy that Biden had encouraged Ukraine to fire former Prosecutor General Viktor Shokin out of some nefarious self-interest: Biden, Volker said, "was executing U.S. policy at the time and what was widely understood internationally to be the right policy.”

Despite Volker’s clarity, Rep. Jim Jordan, R-Ohio, a staunch Trump ally whom Republicans hope will find a way to derail impeachment proceedings, continued to insist that Volker’s testimony somehow exonerated the president. Of course, he too ignored the testimony of Sondland.

Rep. Scott Perry of Pennsylvania simply ignored Sondland’s new revelations, insisting that both he and Volker testified there was no “quid pro quo.”

Not a single Republican lawmaker has given any indication that he or she is seriously considering a vote to impeach Trump or remove him from office. No amount of evidence appears to be able to puncture the bubble that the party has built to protect itself, and its president, from the truth. What’s more likely is that by week’s end, Sondland and everyone else who has testified will be smeared as NeverTrump moles.