"There is no excuse that in our first world country we have children who are malnourished." 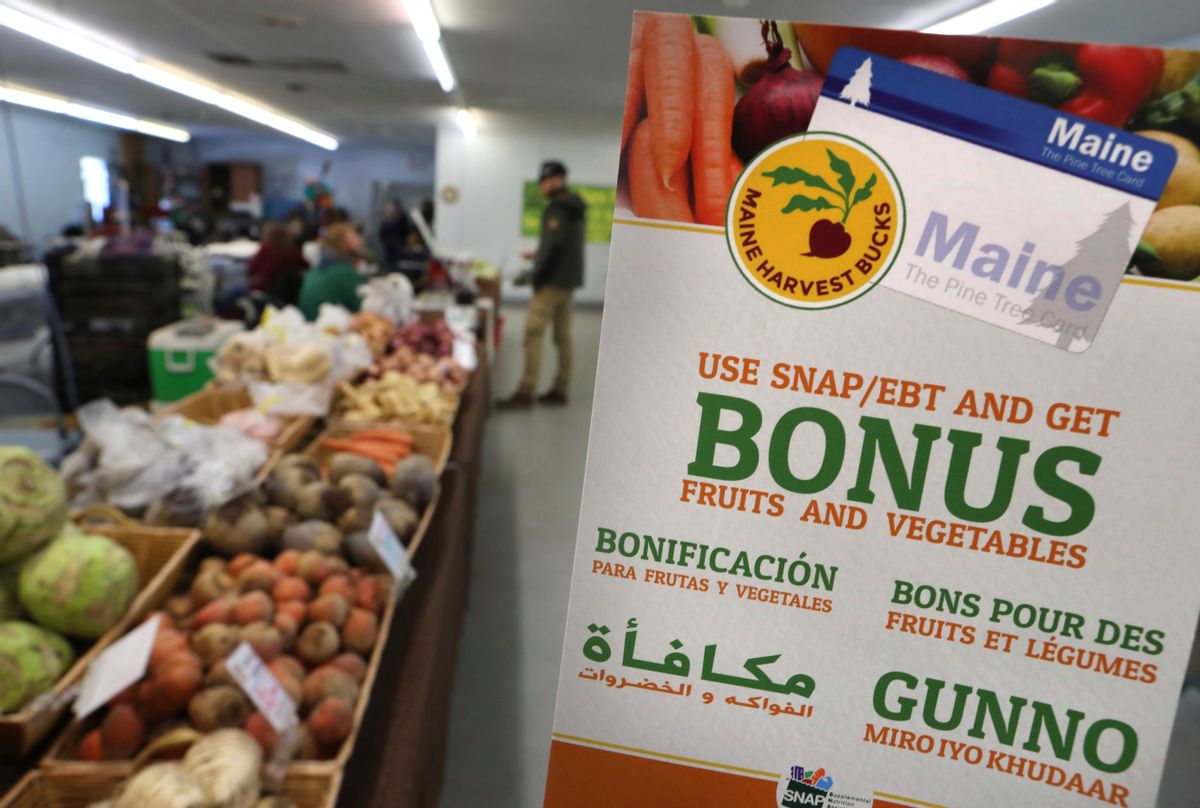 A new study published Monday in the journal Health Affairs found that people are less likely to die prematurely if they receive federal nutrition assistance, shedding light on the potentially deadly consequences of President Donald Trump's proposal to strip food stamps from millions of low-income Americans.

Participation in the Supplemental Nutrition Assistance Program (SNAP), the research found, "led to a population-wide reduction of 1-2 percentage points in mortality from all causes and a reduction in specific causes of death among people ages 40–64."

As HuffPost reported, when "looking specifically at deaths of despair — from drug overdoses, alcohol poisoning and suicide — the researchers found that SNAP benefits cut the mortality rate in half, from 1.64% to 0.81%, for people ages 40 to 64."

Rachel West, an economic policy adviser to the House Committee on Education and Labor, said the study confirms the effectiveness of federal food assistance and demonstrates that "cutting SNAP, like Trump is trying to do, will literally result in more people dying before age 65."

The study came just days after the end of the public comment period for the Trump administration's proposal to end automatic food stamp eligibility for those receiving other forms of federal and state assistance. The U.S. Department of Agriculture said in July the move would eliminate food stamps benefits for more than three million people.

The proposed rule change could also cause 500,000 children to lose free school meals, the Washington Post reported in September.

"At a time when we're thinking about restricting access to SNAP and its generosity, our [study] speaks to the importance of SNAP to such basic outcomes as mortality," Colleen Heflin, a professor at Syracuse University and co-author of the new study, told HuffPost.

NPR reported last week that most of the 170,000 public comments on the Trump administration's food stamps proposal were negative.

"There is no excuse that in our first world country we have children who are malnourished," commented Eric Failing, executive director of the Pennsylvania Catholic Conference. "Yet this proposed rule, rather than helping to address these issues, will make them far worse."