Sondland donated $1 million to Trump, but Graham thinks he could be in cahoots with Democrats

"Was there a connection between Sondland and Democratic operatives on the committee? Did he talk to Schiff?" 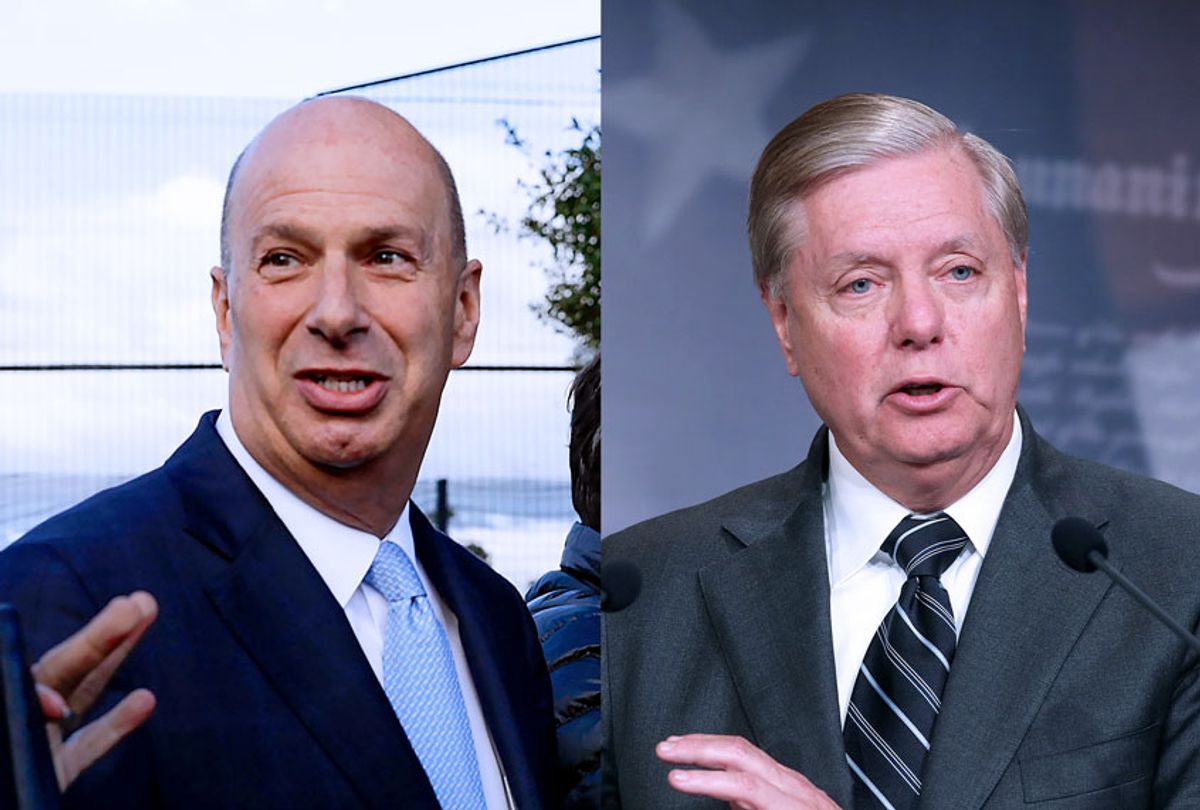 Gordon Sondland is President Donald Trump’s ambassador to the European Union. He had no diplomatic experience, but received his position after donating $1 million to Trump’s inauguration.

Sen. Lindsey Graham (R-SC) thinks that Sondland may be in cahoots with Democrats.

“Most important facts are largely not contested,” Schiff noted. “The president enlisted whole departments of government in the illicit aim of trying to get Ukraine to dig up dirt on a political opponent as well as further conspiracy theory about the 2016 election that he believed would be beneficial to his reelection campaign.”

“That statement is full of crap,” Graham argued.

“Bill Taylor, what does he base his belief that there was a quid pro quo on? What is the factual basis?” Graham asked. “A conversation with [Ambassador Gordon] Sondland. Why did Sondland change his testimony? Was there a connection between Sondland and Democratic operatives on the committee? Did he talk to Schiff? Did he talk to staffers?”

Most legal analysts believe Sondland changed his testimony because he was worried about being charged for perjury.