Starring Ewan McGregor and Rebecca Ferguson, the film is the logical and spiritual continuation to "The Shining" 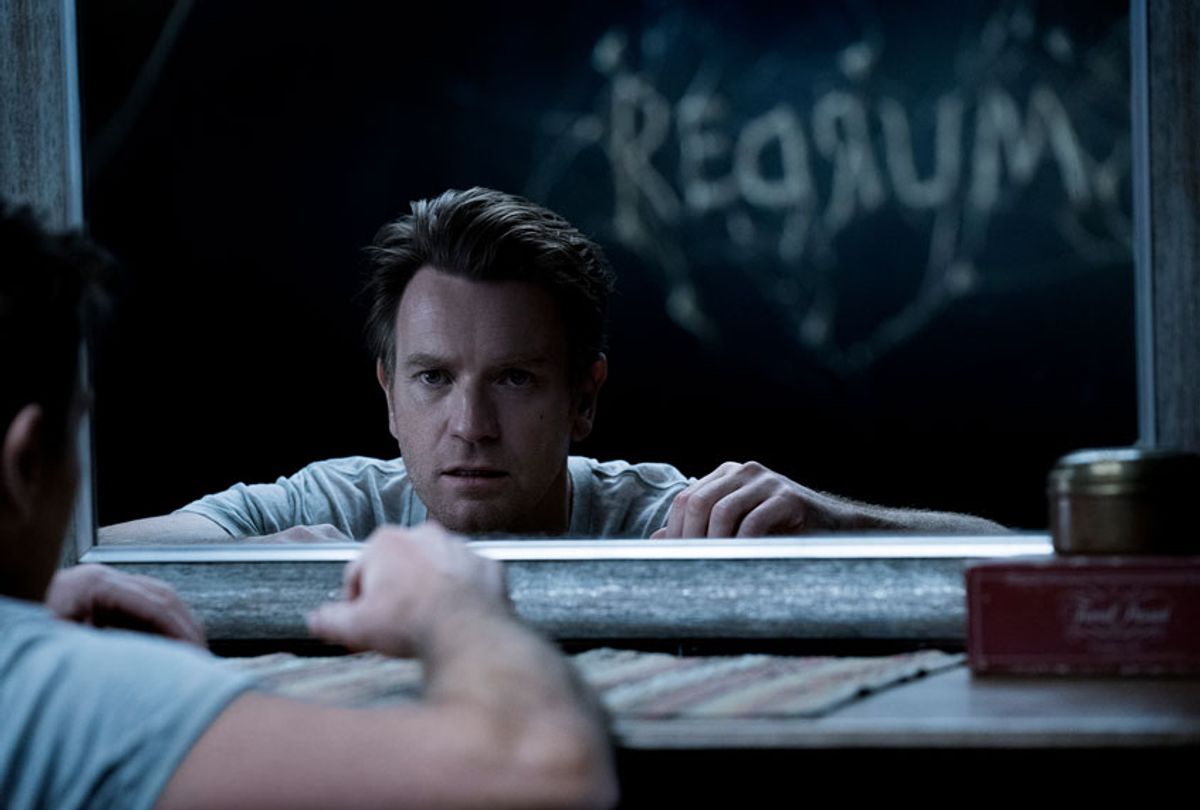 From the moment the horns from "Dies Irae" – the ominous theme song to "The Shining" – begin to play once again, there is hope that "Doctor Sleep" won't be one of those unnecessary sequels that either diminishes a classic film in retrospect or fades from memory after a few years. That hope is ultimately realized: "Doctor Sleep" feels like the logical continuation to Stanley Kubrick's adaptation of "The Shining," picking up on themes that were intriguing when Kubrick first used them in 1980 and work just as effectively in 2019.

Directed and written by Mike Flanagan, a prolific horror director whose work includes "Ouija: Origin of Evil" (2016) and "Gerald's Game" (2017), "Doctor Sleep" tells the story of Dan Torrance (Ewan McGregor), a recovering alcoholic who works at a hospice where his ability to comfort dying patients with his psychic powers has earned him the nickname "Doctor Sleep." (In a charming reference to Oscar the cat, a feline that could detect when nursing home patients were going to die and spent time with them, there is a cat in this movie who performs a similar function for Torrance and the patients he helps.) Torrance, as anyone who has seen "The Shining" already knows, is also the son of Jack Torrance (Jack Nicholson), the abusive alcoholic and aspiring writer who tried to kill his wife Wendy (Shelley Duvall) and son Dan (then played by Danny Lloyd) after being driven mad by the ghosts that haunted the iconic Overlook Hotel.

While the grown-up version of Jack Torrance's son is unsurprisingly still traumatized by that ordeal, he is forced into another life-or-death situation when he meets Abra Stone (Kyliegh Curran), a young girl who also has "the shining" power and is being hunted by an evil cult known as the True Knot. Its members have remained eternally young for decades by finding children with psychic powers, torturing them, and then murdering them to feed on the metaphysical "steam" they produce while dying. This, as group leader Rose the Hat (Rebecca Ferguson) informs them, slows down their aging process to the point of making them biologically immortal. Soon they discover Abra and decide that she would an ideal next victim; in turn, Abra and Dan realize that they alone are capable of stopping the True Knot.

There are a number of things that work in "Doctor Sleep." The scares are derived from grotesque imagery and witnessing genuinely horrifying scenarios play out. Jump scares are used sparingly. The acting is top notch, with McGregor turning in a characteristically passionate performance and Ferguson gnashing her teeth with glee as the malevolent cult leader.

Instead of shoehorning "The Shining" references in, "Doctor Sleep" incorporates them in a way that makes sense for its story. This may have been the most difficult task facing Flanagan. Stephen King (who hated Kubrick's adaptation of his novel "The Shining" because he felt it lacked a heart) recently told Entertainment Weekly that Flanagan "managed to take my novel of 'Doctor Sleep,' the sequel, and somehow weld it seamlessly to the Kubrick version of 'The Shining,' the movie." He even observed that he liked "Doctor Sleep" so much that it "warmed" his opinion of the Kubrick movie, which had plot points that King intentionally ignored when writing its literary sequel.

Special attention should be given to the actors who play the True Knot, especially Ferguson. They are among the most hateful and despicable characters to appear in recent movies. If the gleeful sadism with which they murder their child victims isn't enough to warrant audience hatred, the characters exude smug self-importance that turns into screaming rage toward anyone who has the audacity to kill one of their own (even though every one of them richly deserves it, and is told as much). There is something to be said about creating villains this detestable. It makes the audience feel invested in the story, since we want to see them defeated, and makes us deeply worry about the protagonists, since they often seem unbeatable.

This isn't to say the film is perfect. The CGI is occasionally unconvincing, there are no scary moments quite as iconic as the twin girls or elevators full of blood from the first movie, and the actors chosen to play younger versions of "The Shining" main characters barely resemble the thespians they're meant to mimic. These flaws don't ruin the experience of watching the movie, but they're distracting enough to justify being brought up.

It is also laudable that "Doctor Sleep" aims to be as thoughtful as "The Shining." Just as Kubrick famously argued that his ghost story was actually a hopeful tale because it implied there was an afterlife (even a horrifying one), "Doctor Sleep" includes a number of conversations in which characters grapple with fear of death and explore its potential consequences. It is enough to elevate this film above most horror flicks, which tend to build up a body count without giving a hoot about the consequences for the deceased. Because characters continue to voice these anxieties in "Doctor Sleep," the death scenes carry more weight than if they were occurring in a more traditional genre movie.

By the time "Doctor Sleep" begins its final act which (of course) takes place at the Overlook Hotel, it has thoroughly earned the right to revisit that most famous of cinematic settings. If it had been a lesser film, the pilgrimage to the Overlook would have felt sacrilegious, like a movie getting too big for its britches or cynically cashing in on a superior. Instead "Doctor Sleep" makes us grateful for the opportunity to pay one more visit to the world that Kubrick brought to life (despite King's reservations), and then gives us a finale that celebrates what made that world so memorable in the first place. In so doing, it ties together all of the dangling plot threads from both movies and makes this one that rarest of Hollywood motion pictures: a movie that feels like a work of art, rather than just a product.