"[Trump] was prone to abuses of power from ill-conceived schemes to punish his political rivals," anonymous writes 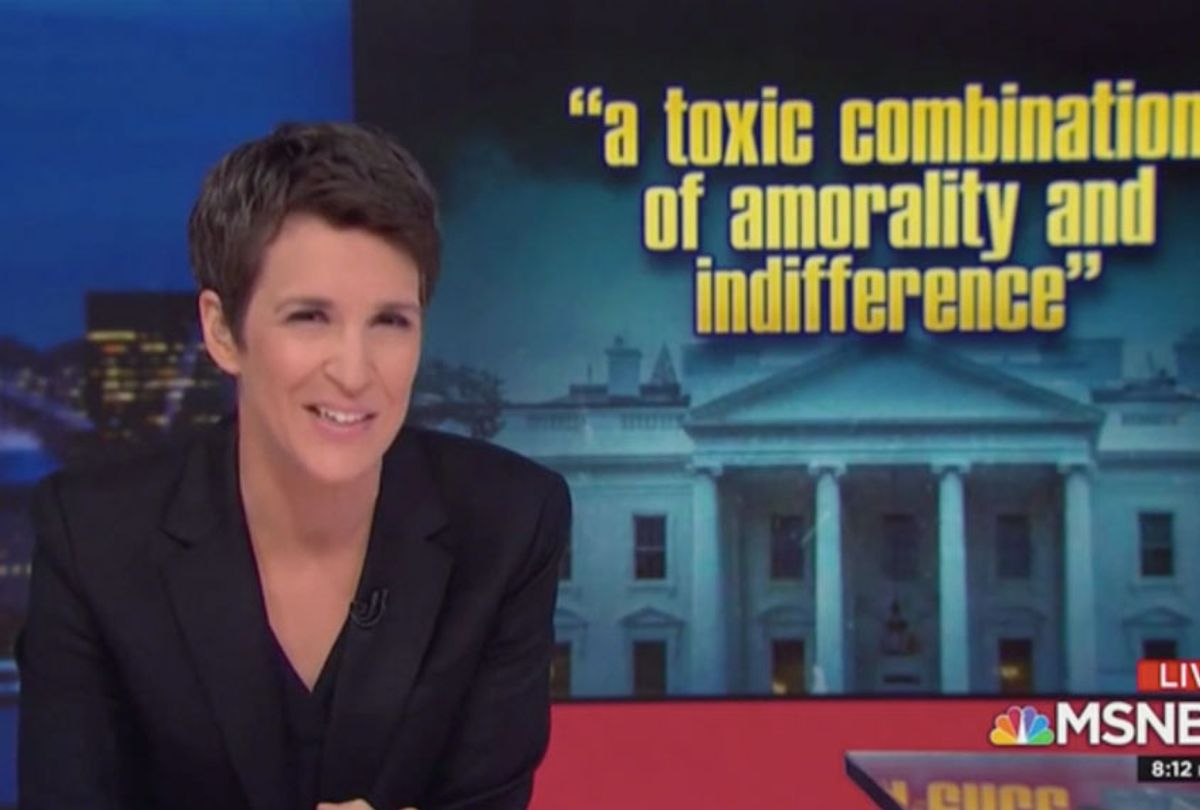 MSNBC anchor Rachel Maddow on Thursday read excerpts from a new book by the senior White House official who wrote an anonymous op-ed in The New York Times.

The September 5, 2018 column was titled, “I Am Part of the Resistance Inside the Trump Administration.”

The official has a new book coming out, titled, A Warning.

The host noted the new book has a “different tone” than the op-ed.

“This author is now essentially saying that if you were comforted at all by the fact there were officials inside this administration who were keeping things on track and thwarting the president’s worst and most misguided impulses, you maybe shouldn’t be comforted by that anymore, because that may no longer be the case,” Maddow explained. “And even if it is the case there are people trying, it may not be enough.”

“The Donald J. Trump administration will be remembered as among the most tumultuous in American history,” anonymous wrote. “Future historians will record the volatility of the president’s decision making, as well as the internal struggles of a government forced to grapple with it. They will write that his advisers came to find him unfit for the job. He couldn’t focus on governing, and he was prone to abuses of power from ill-conceived schemes to punish his political rivals to propensity for undermining vital American institutions.”