American youth don’t know much about the juvenile justice system

About 1.6 million minors are arrested in the U.S. every year 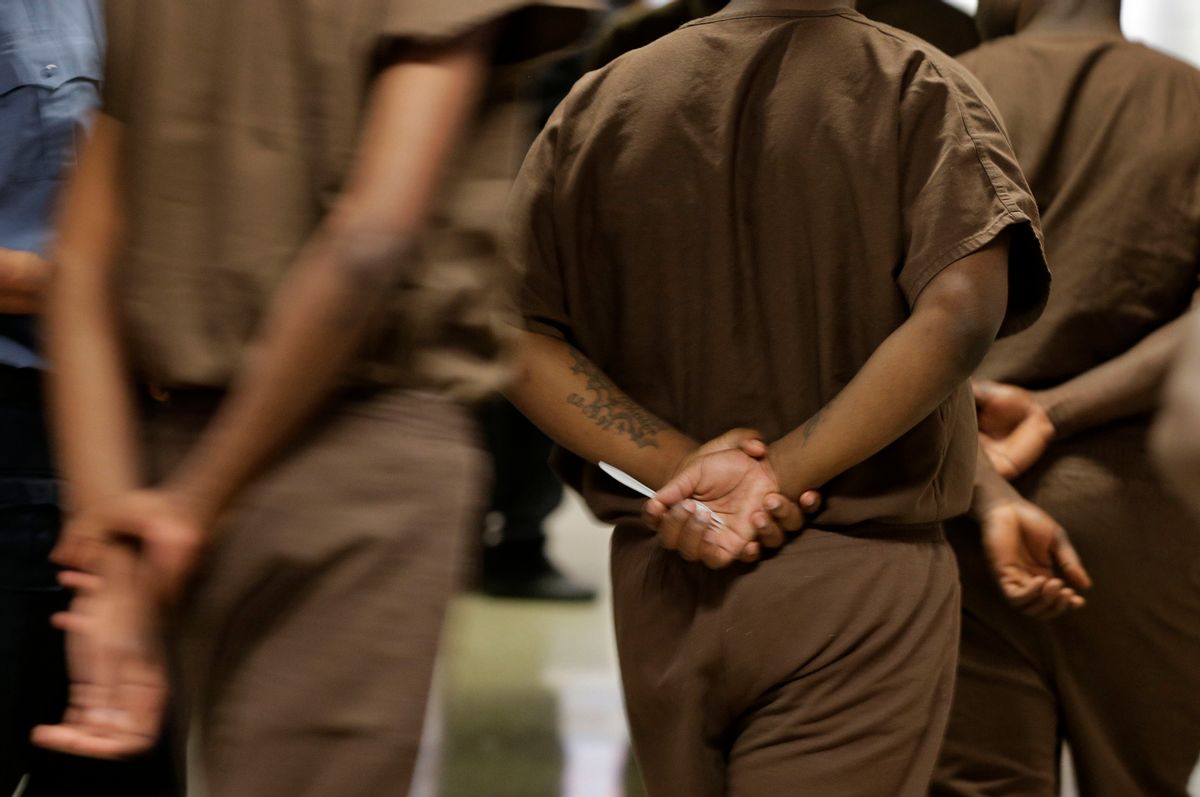 FILE - In this July 31, 2014 file photo, juvenile detention inmates at New York's Rikers Island jail walk in a single file to the chapel. Some activists say shutting down Rikers is the only solution for a cycle of abuses that includes violence by guards and gang members, mistreatment of the mentally ill and juveniles, and unjustly long detention for minor offenders. (AP Photo/Julie Jacobson, File) (AP)
--

Young people in the U.S. who end up in the juvenile justice system often leave the system much worse than when they entered.

But American youth know little to nothing about the juvenile justice system that would determine their future if they were ever accused of committing a crime.

Our team surveyed nearly 1,000 teens and young adults across the country to gain insight into their perceptions of this system. We found that many have limited knowledge or are conflicted about its purpose.

Juvenile justice in the U.S.

The most common way a young person enters the juvenile justice system is through an encounter with police.

In the U.S., an estimated 1.6 million people under the age of 18 are arrested each year. Those who are arrested are disproportionately male and of a minority race. Larceny, simple assault, drug abuse violations and disorderly conduct offenses account for half of all juvenile arrests.

In correctional facilities, youth may experience overcrowding, physical and sexual violence or trauma.

Incarceration of youth — in prison or other correctional facilities — has been linked to academic failure, disengagement from school, disciplinary problems and adult incarceration.

Adults with a history of juvenile justice involvement are more likely to have depression, anxiety, PTSD and suicide attempts, compared to those without involvement.

Little to no knowledge

MyVoice is a national poll that collects the opinions of 14- to 24-year-olds across every state in the U.S.

Fifty-six percent said they knew little to nothing. That’s similar to what adults say they know about the adult criminal justice system.

One said, “[I know] very little. I know about juvenile detention from television shows like iCarly.”

Another said “Mostly I know what I have seen in TV shows and movies. Which [I] question the accuracy of. Otherwise I know a small bit from media like news.”

“I’m not even sure what the age is to charge someone through the juvenile system versus the adult system,” added another.

Many young people also recognized their limited knowledge as a problem. As one said, “I don’t know a lot, but I feel like I should learn more.”

According to a 2018 report from a youth advocacy project at the Juvenile Law Center in Philadelphia, youth not only enter the system with little knowledge of it, but are often kept in the dark once in the system.

“I wasn’t aware that I would be going to prison and was being tried in adult court,” wrote Nigee, one youth who has been involved in the juvenile justice system.

“On my way to court, right before I got there, my worker told me I was not going home. They did not tell me how long I was staying. I was 14; I didn’t know anything,” wrote another named Alex.

Conflicted over its purpose

MyVoice data indicate that not only are youth uneducated about the system overall, but are conflicted on what should happen to a young person if they were to enter this system.

According to the U.S. government, the purpose of the juvenile justice system is rehabilitation — developing skills, addressing treatment needs and “successful reintegration of youth into the community.”

In our survey, 65% stated that the purpose of this system should primarily be to rehabilitate, educate or prevent future criminal behavior. At the same time, 56% thought youth who commit a crime should be charged or punished.

Many young people in the MyVoice study displayed conflicting thoughts about the juvenile justice system.

One 17-year-old mentioned that the goal of the system should be to “reform the children,” but that youth who enter the juvenile justice system “should be punished.” Another agreed that the goal should be “to reform, not incarcerate… maybe [through] a program that treats them like human beings.”

These responses highlight the need for reliable and accessible resources that can help young people better understand the juvenile justice system.

There is no set curriculum for what youth ought to know. But there are elements in the life of youth, such as missing school or “partying,” that could get them mixed up in the juvenile justice system — under offenses such as truancy, underage drinking or curfew violation.

If youth better understood the juvenile justice system, they would be more equipped to navigate the system and advocate for programs and policies that could benefit them.

The voices of young people in our study demonstrate a gap where education and greater visibility can help move what is happening in the juvenile justice system out of the shadows.