Mark Milley told "This Week" that despite the troop withdrawal from Syria, "the objective will remain the same" 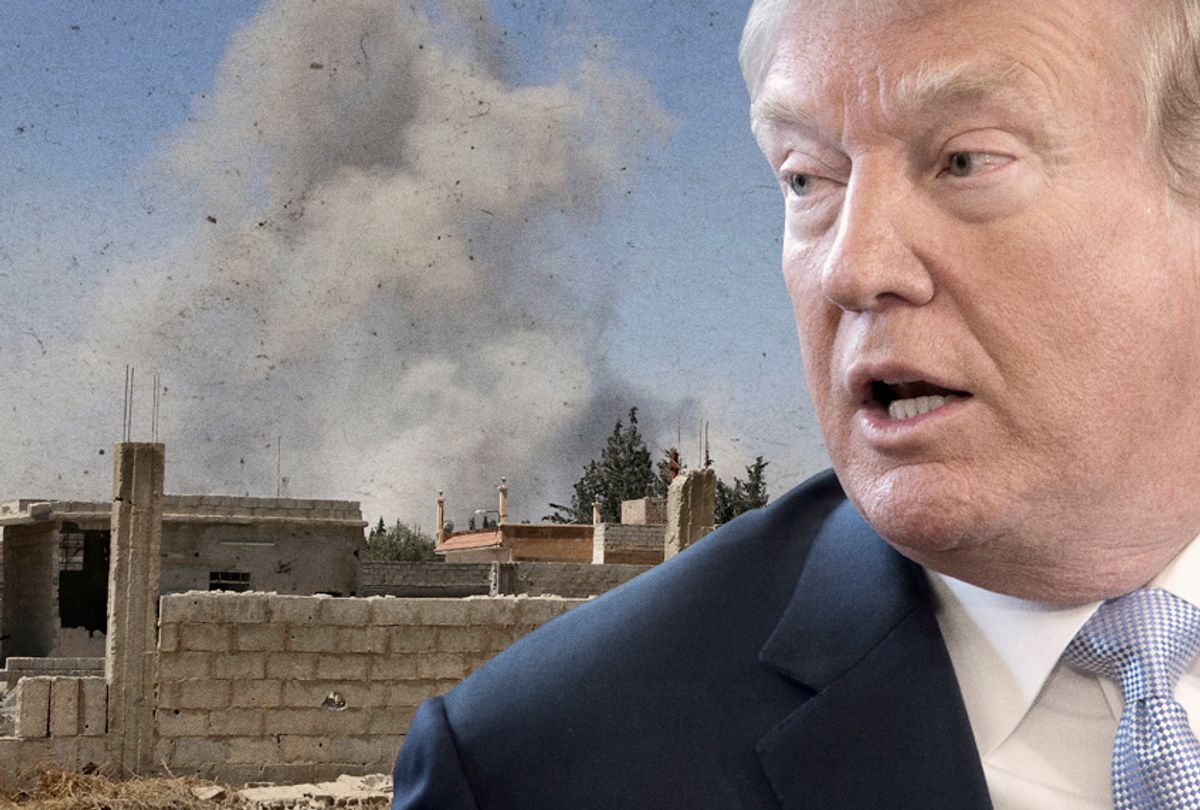 Gen. Mark Milley, chairman of the Joint Chiefs of Staff, told ABC News on Sunday that although President Donald Trump is withdrawing US troops from Syria, "the objective will remain the same: the enduring defeat of ISIS."

While speaking to Martha Raddatz of ABC News, Milley said that "there are still ISIS fighters in the region. And unless pressure is maintained, unless attention is maintained on that group, then there is a very real possibility that conditions could be set for a reemergence of ISIS. The footprint will be small, but the objective will remain the same: the enduring defeat of ISIS."

After Raddatz said that she had done some math on the troop presence in Syria and that she estimated some 700 troops might remain in the country after Trump had completed his withdrawal, Milley said he did not wish to get into specifics.

"Well, there'll be less than 1,000 for sure, and probably in the 500-ish frame, maybe six," Milley told Raddatz, saying it would be "in that area." He then added, "But we're not going to go into specific numbers because we're still going through the analysis right now."

"We'll see in the days ahead, in the weeks ahead, in the months ahead if he's able to piece together his organization or not," Milley explained. "We'll pay close attention to him and where opportunities arise, we'll go after him as well."

Trump's decision to pull American troops out of Syria was met with considerable criticism from both sides of the aisle. Sen. Lindsey Graham, R-S.C., said that he believed Trump's policy would be "a complete and utter national security disaster in the making, and I hope President Trump will adjust his thinking." Senate Majority Leader Mitch McConnell commented that "a precipitous withdrawal of U.S. forces from Syria would only benefit Russia, Iran, and the Assad regime."

Rep. Liz Cheney of Wyoming, a member of the House Republican leadership and the daughter of former vice president Dick Cheney, argued that "President Trump’s decision to withdraw U.S. forces from northern Syria is having sickening and predictable consequences . . . Congress must and will act to limit the catastrophic impact of this decision."

Trump defended his decision to abandon the Kurds, who had fought with America and were getting slaughtered by Turkey, by saying that the Kurds "not angels" and arguing that "if Turkey goes into Syria, it is between Turkey and Syria. It’s not our problem." The assassination of al-Baghdadi was later used to reinforce the Trump administration's claim that he had not been derelict in his duty to protect the United States from terrorism.

Although Milley declined to comment on the recent testimony provided by Lt. Col Alexander Vindman, he said that he supported America's military aid to Ukraine, a position that implicitly criticized Trump's decision to withhold that aid until Ukrainian President Volodomyr Zelensky gave him dirt on former Vice President Joe Biden.

"I think it's important to continue to help Ukraine maintain its free and sovereign status," Milley explained.