The U.S. will soon dump many asylum seekers in Guatemala

In Guatemala, asylum seekers will likely face many of the same kinds of dangers they originally fled 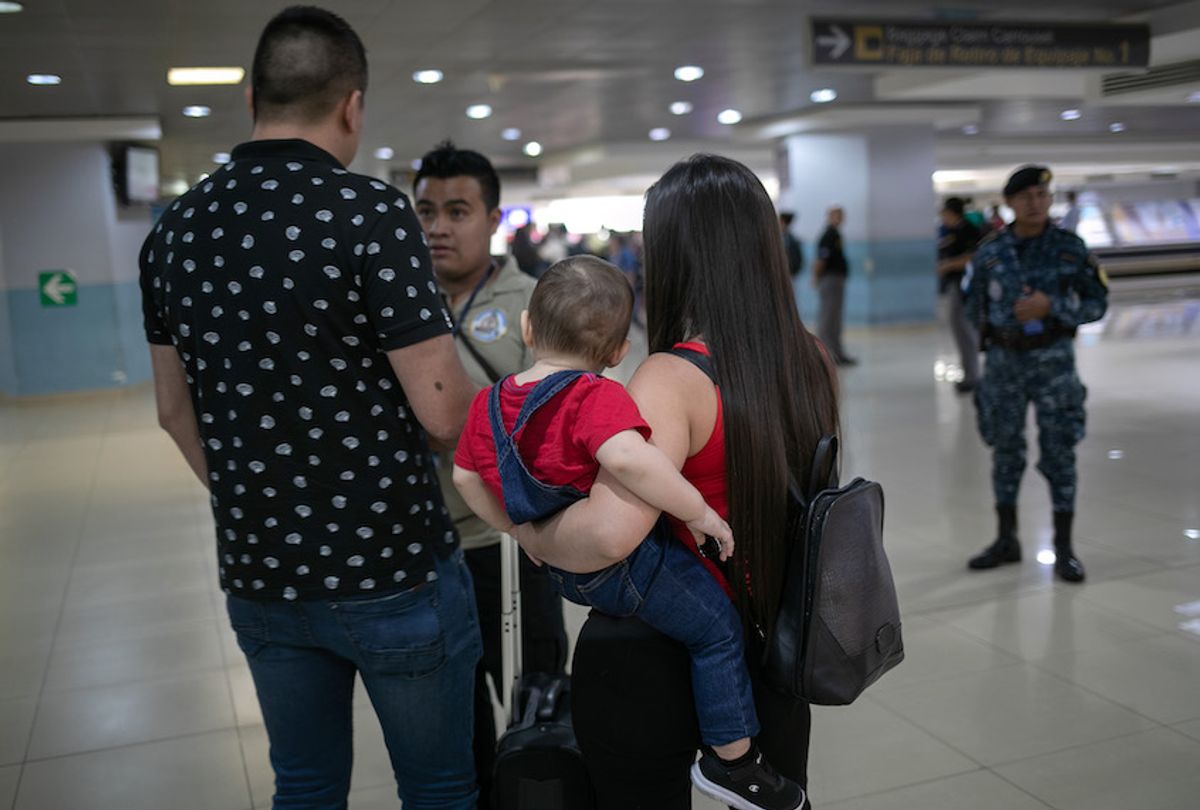 The Trump administration will soon begin deporting asylum seekers away from the border — but not back to their home countries. Instead, they’ll be sent to Guatemala.

Potentially tens of thousands of people who sought refugee status in the United States could be sent to the Central American nation, one of the poorest in the Western Hemisphere. The new policy is a culmination of the so-called “Safe Third Country” deal the Trump administration signed with Guatemala on July 26. The agreement stipulates that any person who traveled through Guatemala before seeking asylum in the U.S. will be returned to pursue asylum in Guatemala instead. As first reported by The Washington Post, officials in the Department of Homeland Security have reached the final steps of finalizing the deal, and its implementation could begin any day.

In Guatemala, asylum seekers will likely face many of the same kinds of dangers they originally fled. In the last year alone, tens of thousands of Guatemalans themselves fled the country: In 2018, Border Patrol apprehended over 116,000 Guatemalans on the U.S. border. And according to a report from United Nations High Commissioner on Refugees, 86,900 Guatemalans were waiting for decisions on their asylum applications in countries around the world at the end of 2018. Many of these people have left behind famine-like conditions in the country’s highlands, which have been plagued by a multi-year drought. Others have fled increasingly absolute gang control over poor towns and neighborhoods, as well as the Guatemalan government’s shockingly high rate of corruption.

“Refugees returned to Guatemala will be targets of violence, trafficking and other persecution,” said Eleanor Acer, Senior Director of Refugee Protection at the U.S.-based advocacy organization Human Rights First. “The Trump administration will be delivering refugees to a place where their lives are at risk, and where they will not actually be protected from violence or persecution.”

The new policy could apply to anyone who traveled through Guatemala en route to the United States. In theory, it could affect asylum seekers from around the world — in recent years, people fleeing conflict as far away as Cameroon, Venezuela and Yemen have traveled through Guatemala on their way to seek asylum in the United States. However, it is people leaving Honduras and El Salvador who will primarily be affected: To reach the U.S. by land, anyone leaving either of those two countries must pass through Guatemala.

The precedent of this deal between the U.S. and Guatemala comes from a similar treaty that the U.S. signed with Canada in 2002. The “Canada–United States Safe Third Country Agreement” works like this: Any asylum seeker who arrives in Canada must first seek asylum in that country before being eligible for asylum in the U.S. — and the reverse is true for asylum seekers who first arrive in the U.S.

The logic behind the U.S.-Canada agreement is that Canada, which has some of the highest wealth per capita of any nation in the world, is at least as capable as the U.S. of offering protection to the refugees.

However, according to experts like Acer, the claim that Guatemala is a “safe” country for refugees is a dangerous farce.

“A country that cannot even protect its own people will certainly fail to protect refugees who have fled from other countries in search of protection,” Acer said.

In 2016, the last year in which detailed world-wide statistics are available, Guatemala was one of the most violent countries in the world — that year, more people died of violent deaths in Guatemala than in actual war zones in Yemen and the Central African Republic. In 2017, a study out of the University of Washington found that Guatemala had the third-highest rate of gun violence of any country in the world (led only by El Salvador and Venezuela). The U.S. government has acknowledged that Guatemala is dangerous: According to a report released in February by the State Department’s Overseas Security Advisory Council, Guatemala “remains among the most dangerous countries in the world.”

Guatemalans also endure a variety of persecutions: Different groups of Indigenous Maya people, who endured genocide during the country’s brutal civil war in the 1980s, continue to face discrimination and violence.

Guatemala also has been blighted with misogynistic violence that will likely affect asylum seekers returned to that country. In the past few years, thousands of women have fled documented gender-based violence in Honduras and El Salvador, where brutal domestic violence and femicide are often met with impunity. Guatemala would hardly be a safe place for these women if the U.S. returns them there: Guatemala has the third-highest rate of femicide of any country in the world, according to a 2018 study by the United Nations Office on Drugs and Crime.

If forced to return to Guatemala, Central American asylum seekers will have little protection from misogynistic attacks. The Guatemalan government, in many cases, has been unable or unwilling to prosecute people accused of brutality against women. In 2013, the nation’s public prosecutor received 50,000 cases of violence against women. Less than 1,000 of those cases ended in a prison sentence.

The problem also goes deeper than country conditions — the Guatemalan government, by all indications, is seriously unprepared to accept thousands of the world’s most vulnerable people.

“Guatemala does not have, and will not for many years, have the capacity — or the security conditions – to actually protect refugees,” Acer said.

When news first broke this summer that the Trump administration might pursue a safe third country agreement with Guatemala, Acer and Human Rights First completed a study of Guatemala’s own asylum system. They found that, in all of 2018, the Guatemalan government approved only 20 total asylum claims. In that year, there were only 12 officials in the entire Guatemalan government who dealt with asylum claims.

In 2018, almost 50,000 Hondurans and Salvadorans alone applied for asylum in the United States, according to an interview the UNHCR’s regional representative for Central America gave to Prensa Libre, a major Guatemalan newspaper. In contrast, Guatemala, from January to November of that year, received only 262 asylum applications.

Why would Guatemala, given its clear lack of preparation to protect people fleeing violence, ever agree to accept tens of thousands of asylum seekers?

The answer is likely money: In the spring, President Donald Trump suspended all U.S. aid to Guatemala in an effort to strong-arm its government into halting northward migration. The aid — tens of millions of dollars — has since been reinstated, after the Guatemalan government agreed to the terms of the safe third country agreement. When Alejandro Giammattei, the newly elected president of Guatemala (who will take office in January) criticized the deal earlier this month, Trump administration officials immediately responded with threats to again slash aid. The administration has also pledged an additional $47 million to help Guatemala build up its minuscule asylum system.

The Trump administration also cut aid to El Salvador and Honduras, which was restored when those two nations also agreed to safe-third country agreements earlier this year. Those deals are still being finalized.

Copyright © Truthout. May not be reprinted without permission.