The widow of Elijah Cummings is running for his House seat 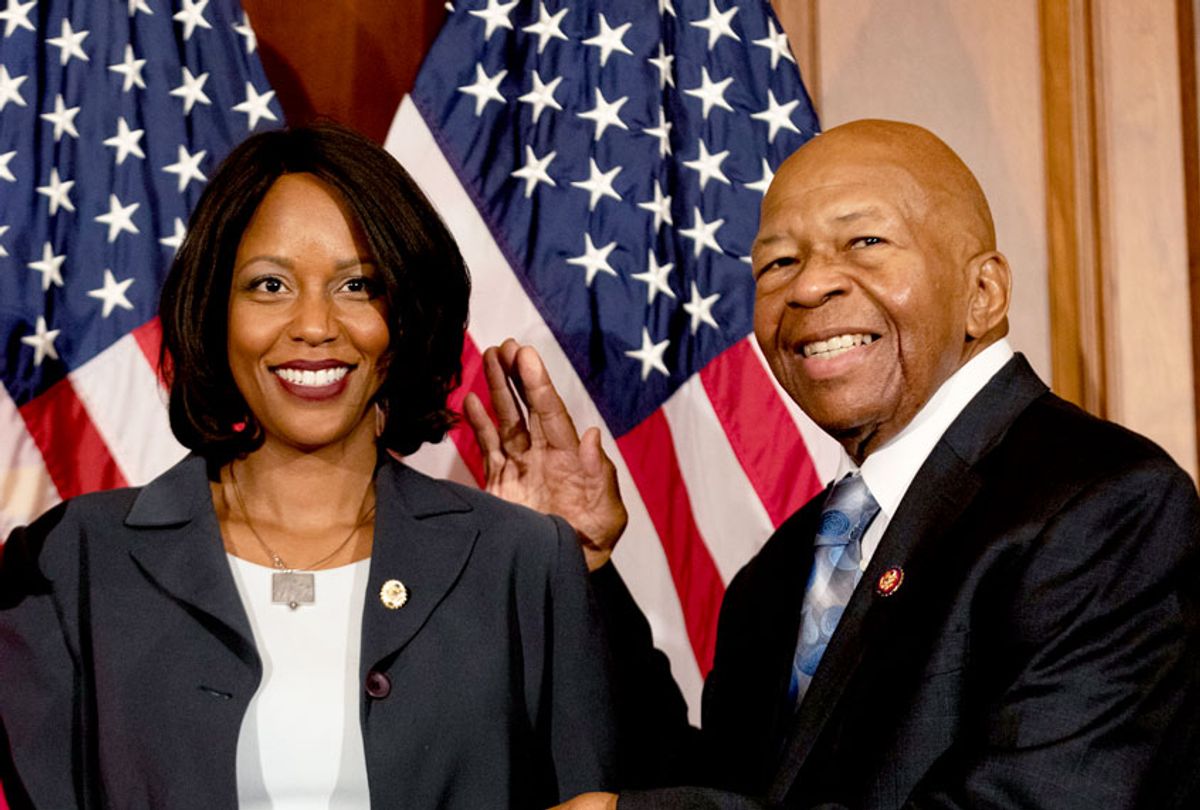 Maya Rockeymoore Cummings, the widow of the recently-deceased Maryland congressman Elijah Cummings, announced Monday that she plans to mount a campaign for her husband’s seat in the House of Representatives.

“I am, of course, devastated at the loss of my spouse, but his spirit is with me. I’m going to run this race, and I’m going to run it hard, as if he’s still right here by my side,” Rockeymoore Cummings told The Baltimore Sun in an interview published Monday.

Cummings served as the chairwoman of the Maryland State Democratic Party, a position which she resigned Monday evening ahead of her formal entrance into the race.

She also told the Baltimore Sun that she spoke with her late husband about running to fill his seat should he pass away from his ongoing battle with cancer. Rockeymoore Cummings told Maddow that her husband urged her to run for his seat if she passed away.

“That was a discussion we had some months ago. In the end, he was conflicted about whether he should resign or stay in office,” Rockeymoore Cummings said. “We thought there might be a turnaround. It didn’t happen.”

In spite of her announcement, Rockeymoore Cummings plans to stay off of the campaign trail for up to four weeks in order to receive a preventative double mastectomy on Friday. Her mother died from breast cancer in 2015, while her sister was diagnosed with the disease in 2018.

“I’m going to take the time I need to heal and do what I can behind the scenes to make sure my campaign is strong,” Rockeymoore Cummings said. “It’s going to be a sprint election.”

Rockeymoore Cummings’ path to her former husband’s seat will not be uncontested. Eight other Democrats have also filed to run for that seat, including Kweisi Mfume, a former NAACP chief and U.S. congressman who announced his bid last week. Mfume held Cummings’ seat until he retired in 1996 to lead the NAACP.

When Cummings passed away last month, House Democrats lost one of their most impassioned opponents of President Donald Trump. Cummings had used his seat on the powerful House Oversight Committee to lead investigations into alleged corruption in the Trump administration, earning the president’s wrath in the process.

The president controversially described Cummings’ Baltimore district in July as “a disgusting, rat and rodent infested mess.” Cummings replied by saying that Trump’s rhetoric reminded him of the racism of the segregation era.

After her husband passed away, Rockeymoore Cummings said in a statement that he was “an honorable man, who proudly served his district and the nation with dignity, integrity, compassion and humility. He worked until his last breath, because he believed our democracy was the highest and best expression of our collective humanity and that our nation’s diversity was our promise — not our problem.”