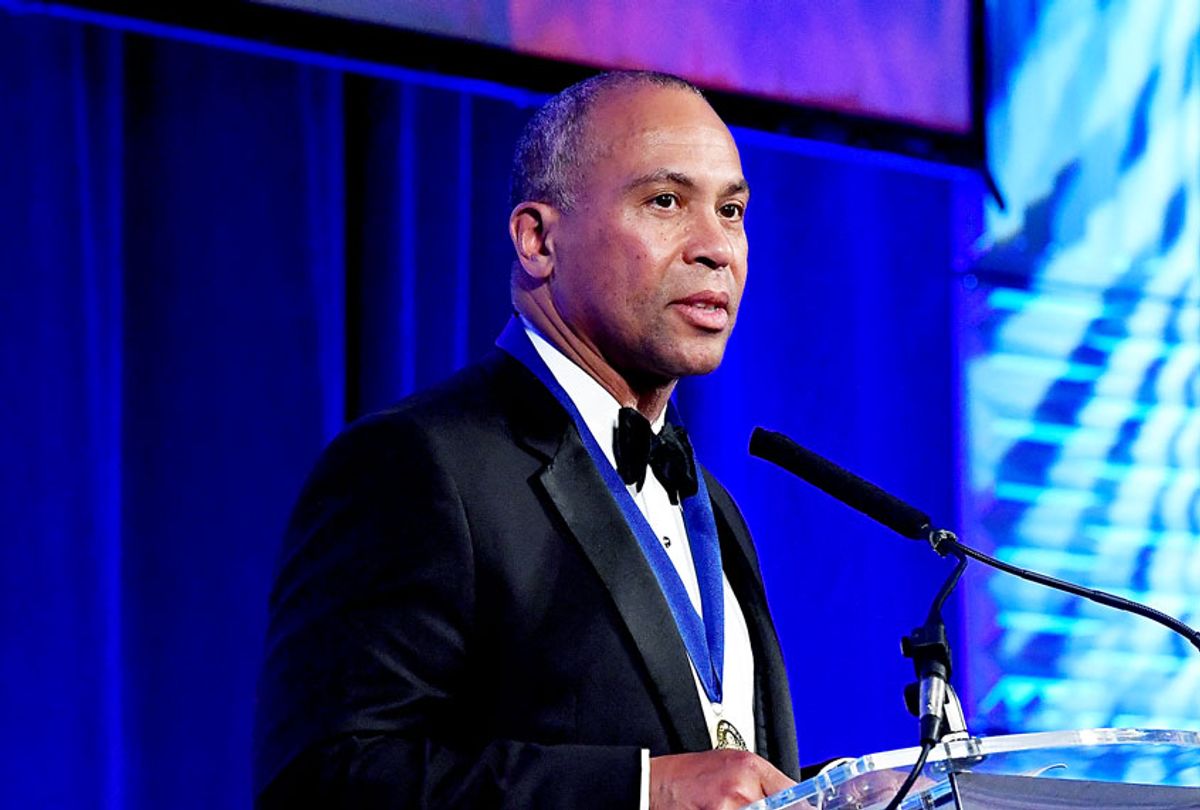 Speculation that the two-term governor and one of the highest-profile black leaders in the Democratic Party was mulling a late entry into the 2020 race grew Monday as individuals familiar with Patrick's thinking told the Associated Press and the New York Times about his uncertainty that the current crop of front runners — former Vice President Joe Biden, Massachusetts Sen. Elizabeth Warren and Vermont Sen. Bernie Sanders — could unite the party's liberal and moderate voters to deny President Donald Trump a second term in the White House.

Patrick, a close friend and ally of former President Barack Obama, ruled out a presidential bid last December, declaring "a 2020 campaign for president is not for me." At the time, the two-term former governor said he and his wife were worried that the "cruelty of our elections process would ultimately splash back on people whom Diane and I love, but who hadn't signed up for the journey."

Since then, Patrick, who joined the private sector after leaving office in 2015, has reportedly been talking with Democratic operatives and donors about launching a campaign. He has not made a final decision of whether to run, although he is expected to do so quickly, given fast-approaching deadlines to get his name on the ballot for winter primaries.

Should he throw his hat in the presidential ring, Patrick would become the second 11th hour entrant into the race in under a week. Former New York City Mayor Michael Bloomberg is expected to file paperwork by Friday for a spot in Alabama's Democratic primary.

Unlike Bloomberg, a billionaire businessman who could self-fund his campaign, Patrick would have to quickly raise money to finance a campaign operation and bolster his familiarity with voters. Some of his former political advisers are already working for other 2020 contenders, including his former chief of staff Doug Rubin, who is working for Tom Steyer, the AP reported.

Patrick, who made history as the first black governor of Massachusetts, could gain momentum in neighboring New Hampshire, the first-in-the-nation primary state.However, he would likely face tough competition there from two other next-door candidates to the state: Sanders and Warren.

The deadline to file for New Hampshire's primary is Friday.

Bloomberg, for his part, reportedly plans to skip the four traditional early-state contests in Iowa, New Hampshire, Nevada and South Carolina, where candidates have camped out for months to make their case to voters. Instead, he reportedly plans to mount his candidacy in big, delegate-rich primary states, like California and Texas, which vote in March's "Super Tuesday" competitions.