Republicans will claim Trump was going after corruption: You just have to laugh

Republicans' strategy on impeachment is the most ludicrous possible: Defending the most corrupt president ever 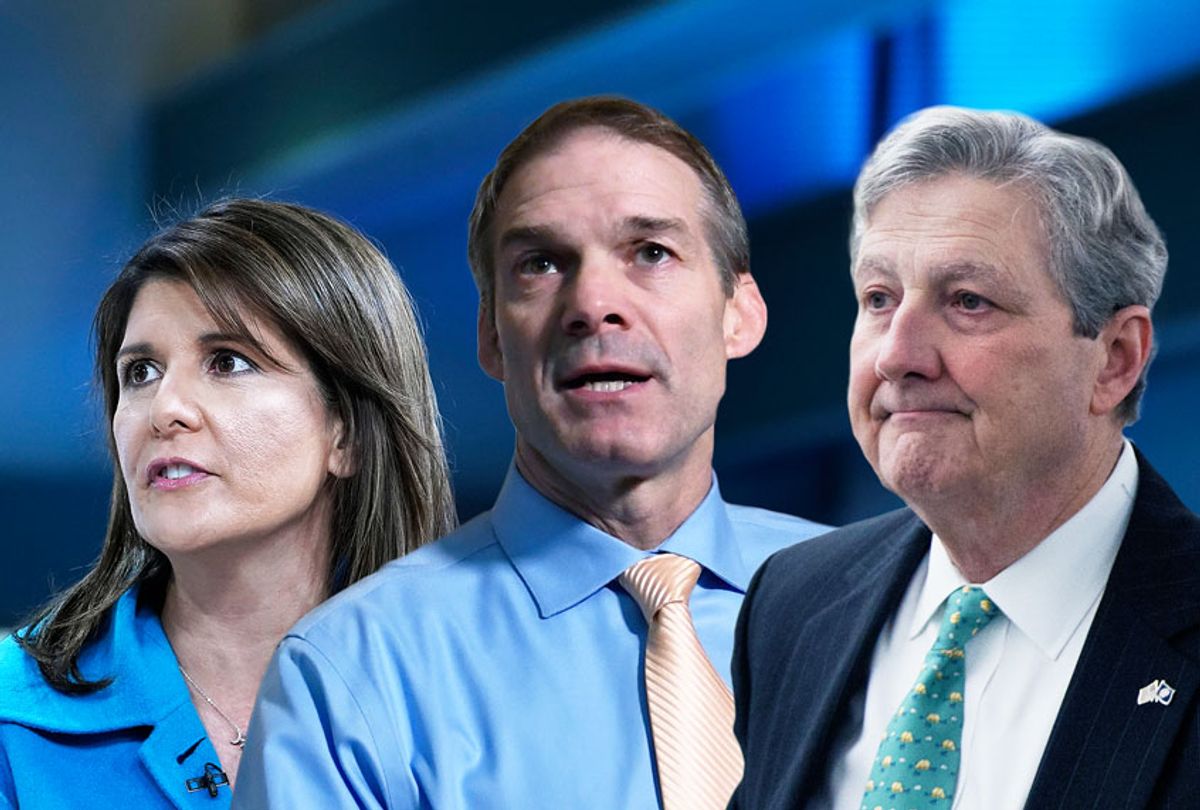 There has been a lot of talk about "gaslighting" during the last three years, and for good reason. It truly does feel as if Donald Trump and his accomplices are trying to make us all believe we're losing our minds. And as all launch into this impeachment drama, it appears they'll be working overtime at that task.

I've been talking a lot about the Republican strategy, and if one thing is clear it's that the president is giving them very little room to maneuver. Republicans would prefer to argue that Trump was wrong to do what he did on Ukraine, but it wasn't impeachable. Problem is, Trump won't stand for that. They wish they could say that he didn't understand what he was doing, but he is having none of that one either. So they are left with is the most fatuous of all defenses at this moment: There was nothing wrong with what the president said because he was only trying to clear up the corruption problem in Ukraine.

That forms the basis of what Sen. John Kennedy, R-La., and others in Congress are arguing: Trump didn't "have a culpable state of mind" or a bad motive when he tried to strong-arm President Volodymyr Zelensky of Ukraine into publicly announcing an investigation of Trump's political rivals.

If you want a textbook example of what they see as the best defense, check out former UN ambassador Nikki Haley's response over the weekend:

Trump said it himself on Tuesday:

You have to love that he put "obligation" in scare quotes.

Do you feel just a little bit crazy after seeing all that? I know I do. Haley is a skilled politician who found a way to turn the conversation back to Joe Biden and his son, but as Salon's Amanda Marcotte pointed out on Tuesday, that's not likely to work.

It makes some sense that Republicans would try to push the broader idea that Trump cares about Ukrainian corruption. After all, he has halfway cultivated an image as an anti-corruption reformer with his slogan "Drain the swamp," which most people believe was a major campaign theme in 2016. In fact, it wasn't until Oct. 17 of that year, three weeks before the election, when he was down by eight points in the polls after the "Access Hollywood" tape was released, that Trump's campaign even came up with that:

The campaign's press release was nothing more than an anodyne list of restrictions on lobbyists. But he used the phrase the next day at his rally and every day after that much to the delight of his crowds. "Drain the swamp!" became one of their favorite chants, right up there with "Lock her up!" and "Build the wall!" He tied it to "Crooked Hillary," of course, reading off random WikiLeaks releases, and accusing her of massive corruption and graft as secretary of state. The meme stuck even as the absurdity of it became obvious from the moment he was elected.

Donald Trump is the most corrupt president in American history.  I don't think that is even debatable.

He declined to divest himself of his businesses and has been making millions from Americans and foreigners alike who are seeking access and currying favors by spending vast sums of money at his properties. He spends nearly every weekend and long stretches of time at his own golf clubs, funneling taxpayer money to himself in the process. Members of the military and his Cabinet, as well as Vice President Mike Pence, have participated in the scheme. According to Open Secrets, political spending at his properties since he became president exceeds $20 million.

Trump's overseas properties, ostensibly overseen by his sons with no supervision from him, are clearly seen by foreign investors and politicians as great opportunities to get in good with the U.S. president. Just a few weeks ago he decided to hold the 2020 G7 summit meeting next year at his Doral National golf club in Florida, and only backed down because he is in the midst of impeachment and someone managed to convince him that it wasn't in his best interest no matter how many millions he stood to pocket. The mere fact that he even contemplated such a thing makes his claims to be "draining the swamp" ludicrous.

But Trump's personal corruption isn't the only problem. When it comes to trying to deal with corruption in foreign countries, his record is anything but clean. As NPR reports:

One of Trump's very first actions as president was to sign a law that rescinded a Securities and Exchange Commission regulation that would have required oil and gas companies listed on U.S. stock exchanges to disclose any payments they made to governments around the world. Supporters of the regulation say it was aimed at deterring bribery.

Immediately after that, the Trump administration withdrew the U.S. from the Extractive Industries Transparency Initiative. an effort to establish a global standard for transparency in oil and gas management.

Ukraine, by the way, is still a member.

The AP reported this week that just as Trump and his accomplices were putting the squeeze on the Ukrainians to smear Joe Biden and the Democratic Party, outgoing Energy Secretary Rick Perry had helped secure a potentially lucrative oil and gas exploration deal for a couple of his personal political supporters, handing their names to Zelensky at his inauguration in Kyiv. Seriously, you cannot make this stuff up.

As for Trump's stated concern that he didn't want to send arms to a corrupt country, according to Defense One, he's approved more than $3 billion in arms sales to countries that are considered to be more corrupt than Ukraine. It goes without saying that his much-ballyhooed arms sales to Saudi Arabia alone are far more disturbing than any possible U.S. military aid to Ukraine could be.

Those are just a few examples out of dozens in the Trump era that prove his promise to "drain the swamp" was preposterous. What we now understand is that what he and his administration meant by that was not to root out corruption but rather to root out career federal officials who refused to break the law or betray the country on behalf of Donald Trump.

They have no doubt been quite successful in that project. Many people have left the government and the political appointees currently running the place have all pledged fealty to Trump.  But starting Wednesday we're about to hear from some of those career officials who have decided not to go quietly. Trump may just end up being swamped by his own corruption.