In the eternal Washington struggle between principles and process, guess which comes out ahead? 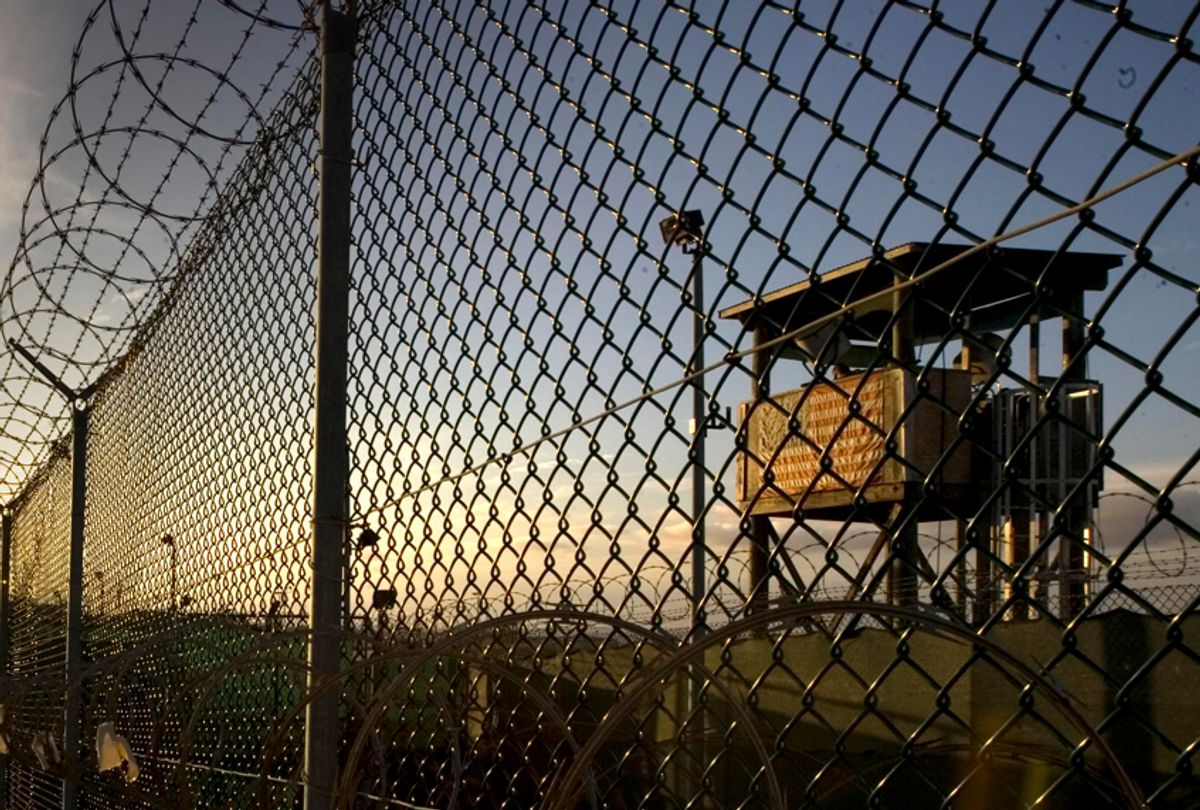 For better and worse, “The Report” is a Washington movie, right down to its sanitized title. The credits hint it was originally called “The Torture Report.” A bureaucratic thriller starring Adam Driver as Dan Jones, an obsessed Senate investigator, the movie deploys the iconography of the capital — the looming Capitol dome, the expansive Mall, a cushy senatorial office, a soul-crushing cubicle — to hammer home the depressingly current idea that the success of democracy is imperiled by its very structures.

Driver plays Jones as the embodiment of the Washington whiz, a self-effacing workaholic, determined to play by the rules that everyone else knows how to bend. The idea that the U.S. government tortured suspected terrorists and lied about it rankles his placid exterior and ruins his relationships. (His significant other is his backpack.) Jones’ self-appointed mission: document the abuse of power, inform the public, and let his boss take the credit. Spoiler alert: he’ll learn better.

Annette Bening plays Sen. Dianne Feinstein, the paragon of D.C. pragmatism. The smart screenplay, written by director Scott Z. Burns, captures the crisp manner and agile morality of the senior senator from California, as she toggles between encouraging Jones to pursue the truth and jerking his chain when he irritates the barons of Langley and the lieutenants of Barack Obama — which happens quite often.

The report in question is Jones’ magnum opus, the Senate Intelligence Committee’s 6,700-page account (with 38,000 footnotes) of how the U.S. government came to torture 119 men in the wake of the 9/11 attacks. Completed in 2015, the report is still off-limits to American voters and taxpayers. Only an expurgated 500-page executive summary has been made public.

“The Report” dramatizes its major findings. Up to a third of the men tortured were probably entirely innocent of any terrorist actions. The use of “enhanced interrogation” techniques did not prevent any attacks. The two psychologists who designed the program, Bruce Jessen and James Mitchell, received $81 million in government funding. The CIA, led by John Brennan, now a hero of the anti-Trump resistance, managed to keep much of the story out of public view. And the leaders of the program, including black site majordomo Gina Haspel, were promoted.

Defenders of the program, including Haspel and former CIA director Michael Hayden, insist the “enhanced interrogation” did prevent attacks. They also say that official secrecy means the public cannot see the proof of their claims. Their un-Reaganesque defense amounts to, “Trust, but don’t verify.”

So two narratives drive “The Report.” The first is the story of how the CIA implemented the torture regime, the second how the agency stonewalled the Intelligence Committee and covered its tracks when the program was repudiated by President-elect Obama. The first storyline suggests that, contrary to journalistic accounts, it was the CIA that pushed torture on the Bush-Cheney White House, not the reverse. (You’d probably have to read the whole report to know which is more correct.) The depictions of torture, starting at “Detention Site Green,” a black site in Thailand run by Haspel, are terrifyingly effective at evoking the squalor of “enhanced interrogation,” with ugly dissonant music, masked men, and naked, shackled male bodies, all captured on ubiquitous video.

The second narrative is punctuated by anti-climactic scenes where Jones gets his Washington education. He’s acting emotionally, says Feinstein, meaning he displays symptoms of a conscience when investigating the waterboarding posse. The senator advises him to stop trying to change the world. President Obama has other priorities, says national security adviser Denis McDonough. When Jones is told that his anti-torture crusade could kill the Affordable Care Act, he can only gulp. How’s a desk jockey supposed to choose between health care and international law?

The only shocking scene in Washington comes when a CIA security team invades the workroom of the Intelligence Committee staff in search of the Panetta Review, a damning document that had been accidentally shared with Jones and his team. An internal evaluation of the torture program prepared for Leon Panetta, Obama’s first CIA director, the review came to the same conclusion as Jones did: torture didn’t produce any actionable intelligence. Since the Panetta Review refuted the CIA’s talking points, the agency set out to seize it. With their gloves, vests and flashlights, the security men invading Capitol Hill bear a disconcerting resemblance to the torturers who waterboarded 9/11 mastermind Khalid Sheikh Mohammed. A lawless government abroad, “The Report” shows, is a lawless government at home.

In the eternal Washington struggle between principles and process, guess which comes out ahead? The CIA charged that Jones had stolen the document, and the Obama Justice Department opens a criminal investigation of Jones and the committee staff. Feinstein throws a fit, and Brennan backs down with a grudging apology made possible by the agency’s victory. In the end, Obama agrees the full report will stay secret.

The triumph of process is sealed by a final assist from Jones. When the committee’s report is buried, Jones has one last chance at truth-telling. He meets a reporter from the New York Times in his car. The reporter, played by Matthew Rhys, tells him the paper will publish the whole report if he leaks it. The scene reminded me of “The Post,” another recent Washington flick, in which Rhys plays Daniel Ellsberg, who gave the Times the Pentagon Papers in 1971.

But Jones is no Ellsberg. When the reporter asks him how he will feel if, after five years of work, the public can’t see what he found, Jones says, “I’ll feel I didn’t do my job,” and gets out of the car. He assumes personal responsibility, which is admirable, rather than blaming others, which would be entirely understandable. He obeyed the law, rather than becoming a whistleblower.

If he wasn’t so dutiful, Jones could have pulled an Ellsberg or an Edward Snowden. The New York Times and Washington Post probably would have published the entire torture report, just as they ran the Pentagon Papers and reported on Snowden’s NSA files. If Jones had leaked the report, we would have had a thorough public accounting of the U.S. government’s descent into barbarism from 2002 to 2008, and “The Report,” the movie, never would have been made. We would have had the real thing in our hands. Jones might well have gone to jail, but so might some of the torturers.

In the end, realism trumped idealism. We got cinema, not justice. As the credits rolled, you could almost hear the echo of the last lines of “Chinatown,” the 1974 noir thriller. “Forget it, Dan. It’s Washington.”