One minute after a call with Stone, Trump declared that "more information" would be coming from WikiLeaks 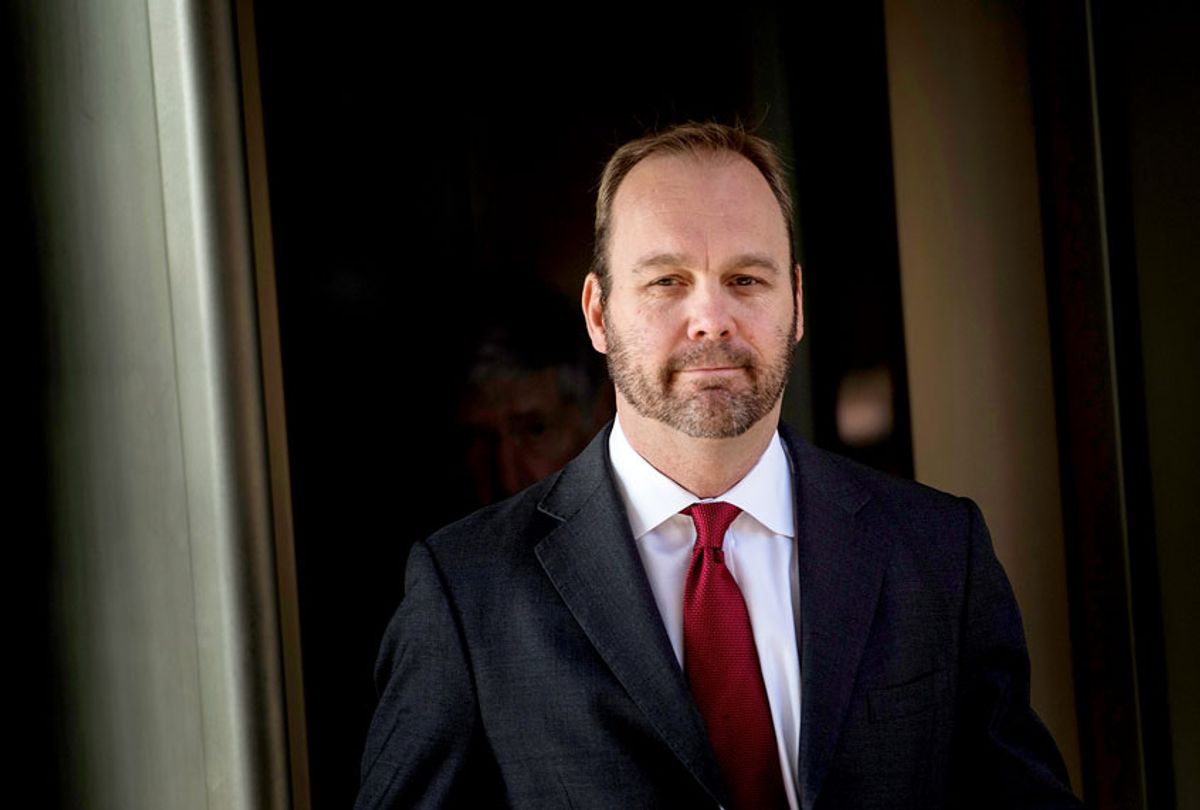 Gates, a longtime associate of convicted Trump campaign chief Paul Manafort who served as his deputy on the campaign and continued to work for Trump on his post-election transition team, testified on Tuesday at the trial of Stone, who was indicted in the Mueller probe for allegedly lying to Congress about his contacts with WikiLeaks on the campaign.

Gates said that one minute after a July 2016 phone call with Stone, Trump said that “more information would be coming” from WikiLeaks, CNBC reports.

The testimony contradicts what Trump told Mueller in his written sworn statements in response to the special counsel’s questions about whether he discussed WikiLeaks with Stone.

"I do not recall discussing WikiLeaks with him," Trump wrote to Mueller's team. "Nor do I recall being aware of Mr. Stone having discussed WikiLeaks with individuals associated with my campaign."

Gates’ revelation was also mentioned in a heavily redacted portion of the Mueller report which related to Stone. The report noted that “shortly after the call candidate Trump told Gates that more releases of damaging information would be coming.”

Not only did Gates implicate the president, he testified that he and Stone also discussed WikiLeaks founder Julian Assange during another earlier exchange, and Stone “indicated that he would have information coming out.”

Gates testified that Stone also told Manafort on speakerphone after the Republican National Convention that WikiLeaks had “additional information would be coming out down the road,” The Washington Post reported.

“Manafort thought that would be great,” Gates said.

Gates said that Stone was also known in the Trump campaign as a source of information about upcoming releases of stolen Democratic emails by WikiLeaks. Gates testified that Manafort told him that he “would be updating other people on the campaign, including the candidate.”

Gates said he spoke to Stone again in October, during which time Stone took credit for predicting that Clinton campaign chairman John Podesta would be the next target of WikiLeaks.

Gates said that he, Manafort, campaign spokesman Jason Miller, and adviser Stephen Miller had “brainstorming sessions” based on what Stone told them.