"A victory for the whole country": Chile to hold referendum on rewriting Constitution

"We are here thanks to many Chileans that have risked their lives to make Chile a fairer country." 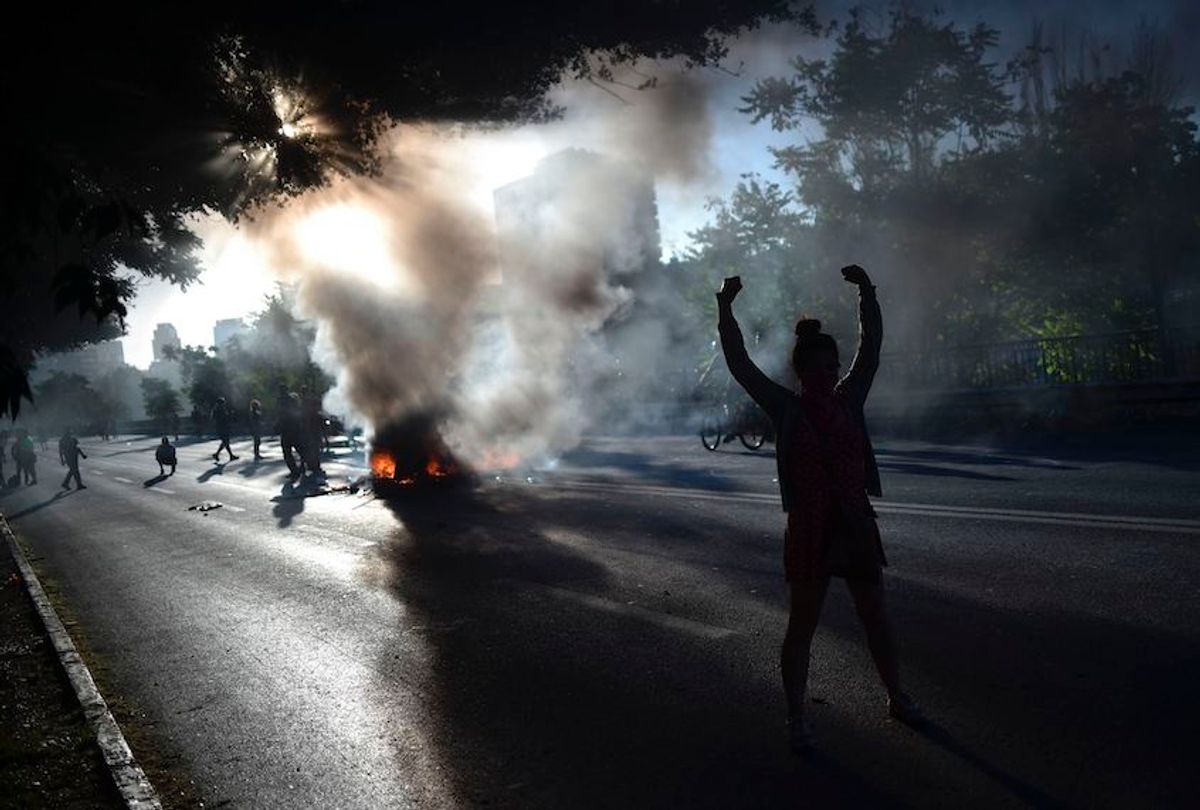 People demonstrate by a bonfire during a protest against the government in Santiago on November 15, 2019. (Rodrigo Arangua/AFP via Getty Images)
--

The Chilean government on Friday officially began the processs of writing a new constitution for the country by approving a popular referendum, a bow to the demands of the nationwide protest movement that began in Santiago on October 15.

The referendum will ask the country to weigh in on whether the old constitution, a relic of the dictatorship of General Augusto Pinochet, should be replaced. Voters will also have the opportunity to determine how the new document is drafted.

"This is a victory for the whole country," Senate president Jamie Quintana, a frequent critic of Chilean President Sebastien Piñera, said in a press conference early Friday. "We offer for the first time a constitution that is 100% democratic."

Quintana called the proposal the beginning of a "building of a true social contract" and hoped that the process would mark the end of violent clashes between demonstrators and security forces that have seen at least 20 people dead.

Friday's announcement marks a formalization of a government declaration Monday that the constitution would be rewritten, though no timeline was given then.

In comments to Bloomberg, lawmaker Gabriel Boric of the left-leaning Frente Amplio praised the protest movement and held up the constitution announcement as a success for the people of Chile.

"We are here thanks to many Chileans that have risked their lives to make Chile a fairer country," said Boric. "Political forces have reached agreements that seemed impossible just a few days ago."

As Common Dreams reported, protests began in October, sparked by a youth movement rejecting an increase in subway fares in the capital Santiago. The unrest has continuedin the face of brutal state oppression as Chileans have stood fast for political change.

On Friday, they got their wish.

"Now is the time to respond to citizens and do everything possible to build a better, fairer Chile," said center-left Partido Por la Democracia leader Heraldo Muñoz. "This fundamental charter needs to represent all of us."