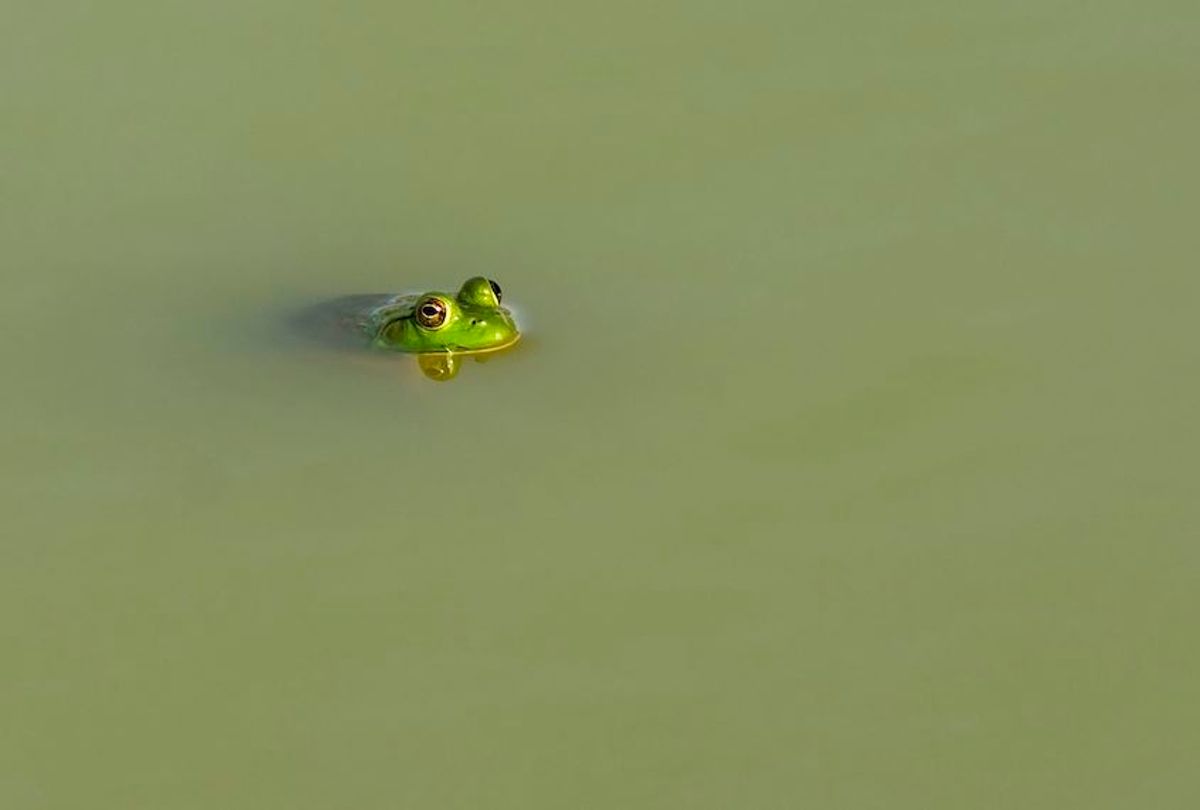 Environmental and public health advocacy groups expressed alarm Friday after the Trump administration moved to increase the allowable level in U.S. waterways of a common herbicide linked to hermaphroditic amphibians and birth defects, cancer, and other harmful health effects in humans.

At issue in the proposal posted yesterday by the EPA is the threshold level of atrazine, the second most widely used herbicide in the U.S. Manufactured by Syngenta, atrazine is primarily used in agriculture as a weedkiller on crops. It is not authorized for use in the European Union, as the body said there wasn't enough data to prove it wouldn't have a harmful effect on groundwater.

"Human exposure to atrazine is linked to a number of serious health effects," according to a factsheet from Pesticide Action Network. "A potent endocrine disrupter, atrazine interferes with hormonal activity of animals and humans at extremely low doses."

The proposed change, said Nathan Donley, a senior scientist at the Center for Biological Diversity, "will likely lead to an increase in atrazine in drinking water, particularly in the Midwest."

As Donley's group and Environmental Working Group (EWG) explain in a press statement, the proposal regards what the EPA calls the Concentration Equivalent Level of Concern (CELOC).

"Atrazine levels above this threshold require mitigations to bring the water body back into compliance. Below, this level, no action is required," as Donley said in tweet.

Trump's EPA is proposing bumping up the level to a 60-day average concentration of 15 parts per billion (ppb) of atrazine, 50% higher than the current level of 10 ppb. In 2016 the agency proposed a level of just 3.4 ppb, but that Obama-era assessment, according to Trump's EPA, was "fundamentally flawed" and failed to take into consideration "the relevance of the individual studies."

Driving the push towards higher acceptable levels of atrazine, according to EWG and the Center, is the administration's goal of appeasing Big Ag and the pesticide industry.

"To please Syngenta, the Trump EPA has rejected decades of independent research showing atrazine can't be safely used at any level," said Donley. "The pro-industry zealots now running the EPA's pesticide office are making a mockery of science and eliminating key safety measures, all for company profits."

"Atrazine sprayed on the fields ends up in our drinking water and affects the development of the fetus," said Naidenko. Thus, she said, the proposal should provoke "outrage" as it "will lead to more children being exposed to this toxic chemical."

“With Trump's EPA reversing even the most commonsense protections," added Donley, "our health, and the health of all species, is in serious danger.”