"Was the president not truthful in his responses to the Mueller investigation?" House general counsel asks court 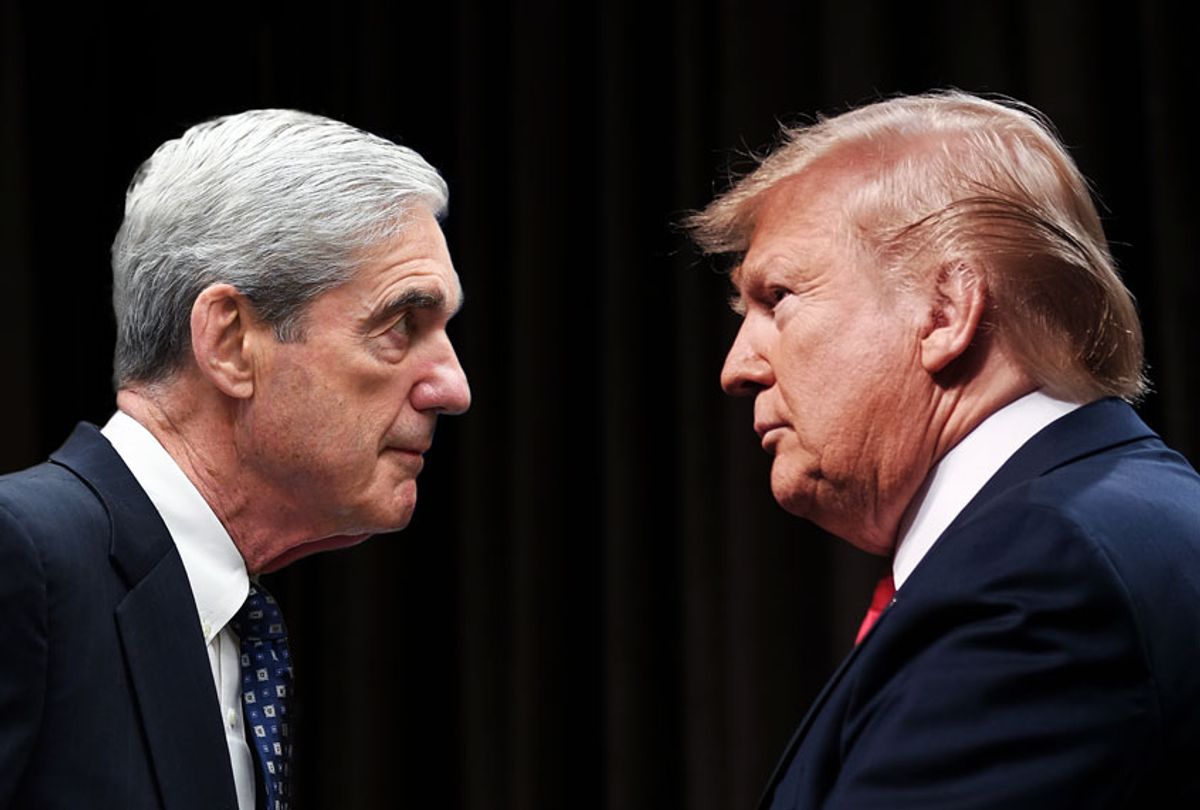 House Democrats determining whether to recommend articles of impeachment against President Donald Trump have added a new component to their impeachment investigation: whether the president lied to Robert Mueller in the written answers he provided to the former special counsel investigating Russian interference in the 2016 election.

"Did the president lie? Was the president not truthful in his responses to the Mueller investigation?" House General Counsel Douglas Letter reportedly asked the U.S. Court of Appeals for the D.C. Circuit as Democrats seek access to the grand jury materials from Mueller's probe. "The House is trying to determine whether the current president should remain in office. This is unbelievable serious, and it's happening right now— very fast."

Those remarks, reported by CNN, came after Friday's conviction of longtime Trump associate Roger Stone. Testimony and evidence at his trial appeared to cast doubt on written answers from Trump to Mueller about the president's knowledge about efforts by his 2016 campaign to learn more about the release of hacked Democratic emails by WikiLeaks.

In addition to Stone's conviction by a jury for lying to Congress and witness tampering, Letter cited the guilty plea of Trump's former personal attorney and "fixer," Michael Cohen, for lying to Congress in arguing why the House Judiciary Committee urgently needs to review grand jury testimony and other material collected by Mueller, The Washington Post reported.

"We have at least two people who have already been convicted of lying to Congress. And what are they lying about? They're lying about things that go directly to the Mueller report," he reportedly said. "There is evidence, very sadly, that the president might have provided untruthful answers."

Letter's arguments come as the federal appeals court reviews a lower-court ruling that requires the Justice Department to reveal evidence House Democrats claim to need as part of their impeachment investigation.

House impeachment investigators are probing allegations that Trump leveraged a potential White House meeting and millions in military aid approved by Congress in an effort to pressure the president of Ukraine to commit publicly to investigations that would benefit him politically.

Trump is accused of pressuring Ukrainian President Volodymyr Zelensky to launch an investigation into former Vice President Joe Biden, one of the leading contenders in the Democratic presidential primary, and his son, Hunter. He is also accused of asking Zelensky to investigate a debunked conspiracy theory about Ukrainian interference in the 2016 presidential election. (There is no evidence of wrongdoing by either Biden in Ukraine.)

The House Judiciary Committee went to court in July seeking an order for the release of redacted portions of Mueller's 448-page final report on the investigation into Russian interference in the 2016 election and grand-jury materials cited or referenced in the report. The legal battle preceded the formal impeachment inquiry with its focus on Trump's effort to pressure Ukraine to investigate a potential 2020 rival.

The Justice Department, which opposes the release of the material, appealed Howell's decision.

Justice Department lawyers have argued that the material should not be turned over, because impeachment trials are not a "judicial proceeding" under the law for which the information could be disclosed.  They called the order from Howell "an extraordinary abrogation of grand-jury secrecy: not only are the materials at issue squarely protected . . . but some relate to ongoing criminal investigations or prosecutions.”

House lawyers, meanwhile, told the appeals court in filings that lawmakers need to review the materials to "aid the House in determining whether the president committed impeachable offenses, including attempted obstruction of the special counsel's investigation of Russian interference in the 2016 presidential election and solicitation of Ukrainian interference in the 2020 presidential election."

In her opinion, Howell rejected arguments made by the Justice Department. She argued that the House Judiciary Committee and members of Congress are, in fact, serving like a grand jury in determining whether to recommend articles of impeachment.

"In carrying out the weighty constitutional duty of determining whether impeachment of the president is warranted, Congress need not redo the nearly two years of effort spent on the special counsel's investigation nor risk being misled by witnesses, who may have provided information to the grand jury and the special counsel that varies from what they tell [the House Judiciary Committee]," Howell wrote.