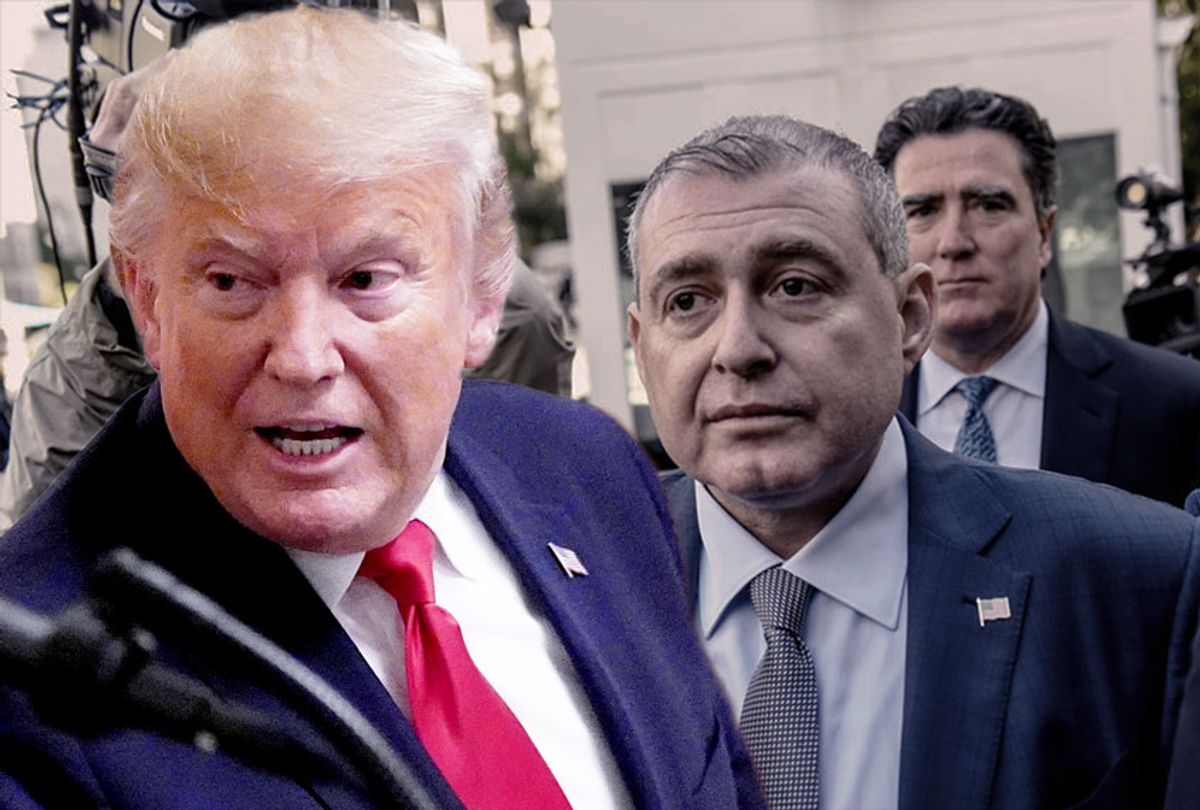 Lev Parnas, the indicted associate of Rudy Giuliani who helped the former New York mayor hunt for dirt on former Vice President Joe Biden in Ukraine, allegedly claimed that President Donald Trump personally tasked him with a “secret mission” to pressure Ukraine to investigate Biden at a White House party.

Parnas and Igor Fruman, who were indicted last month on charges alleging that they funneled foreign cash into U.S. elections, including a $325,000 contribution to a pro-Trump super PAC, appeared in a photo taken alongside Giuliani, Trump and Vice President Mike Pence at the White House Hanukkah party last year.

During the party, Parnas and Fruman slipped out for a private meeting with Trump and Giuliani, two acquaintances who Parnas confided in told CNN. Parnas allegedly told his confidants after the meeting that the “big guy,” which is how he purportedly referred to the president, had assigned him and Fruman a “secret mission” to pressure Ukraine into investigating Biden and his son Hunter.

Parnas and Fruman were reportedly assigned to be Giuliani’s operatives on the ground in Ukraine. Parnas allegedly described it to at least one associate as a sort of “James Bond mission.”

"Parnas viewed the assignment as a great crusade," one of his confidants told CNN. "He believed he was doing the right thing for Trump."

Giuliani’s attorney denied any private meeting between Trump and Parnas that night, claiming that Parnas suffered from “delusions of grandeur.” But CNN reported that Parnas was very close to Giuliani at that point, and he attended the funeral of former President George H.W. Bush as the Trump attorney’s guest one day before the party.

Joseph Bondy, one of Parnas’ attorneys, told CNN, "Mr. Parnas at all times believed that he was acting only on behalf of the president, as directed by his personal attorney, Rudy Giuliani, and never on behalf of any Ukrainian officials."

Former federal prosecutor Kenneth McCallion, who has multiple high-level clients in Ukraine, told CNN that he also heard about the Hanukkah party meeting from some of his clients, who had allegedly spoken to Parnas.

"Parnas told everyone in Ukraine about the White House meeting. He was adamant he was 'their guy' — that they chose him to be their ambassador in Ukraine," McCallion said.

Parnas’ account, if true, directly links Trump to the efforts of the indicted operatives and contradicts the president’s claim that he did not know either Parnas or Fruman.

The Hanukkah party is not the first time Parnas was reported to have met with Trump. Parnas met the president at a small fundraising dinner at his Washington hotel in April 2018, where he convinced the president to fire then-Ukraine Ambassador Marie Yovanovitch, according to The Washington Post. Yovanovitch later testified under oath that she was ousted following a smear campaign by Giuliani and his associates.

Parnas also appeared in photos with Trump at a fundraiser in August 2018, where attendees “got the impression that Trump and Parnas knew each other” and the president called him “by his first name,” CNN reported. The network identified at least eight times where Parnas and Trump appeared together in photographs.

Following the Hanukkah party, Parnas and Fruman met with then-Ukrainian President Petro Poroshenko and Prosecutor General Yuriy Lutsenko, where they told the Ukrainian officials that Poroshenko would receive an invitation to a state dinner at the White House if he publicly committed to the investigations for which Trump and Giuliani had pressed, according to The Wall Street Journal.

After the indictment, Parnas initially hired former Trump attorney John Dowd. After Trump claimed that he did not know Parnas, the Giuliani associate fired Dowdand vowed to comply with the House impeachment inquiry.

“Mr. Parnas was very upset by President Trump’s plainly false statement that he did not know him,” Bondy told The Times, adding that Parnas was now “willing to comply with the subpoena” from House investigators.