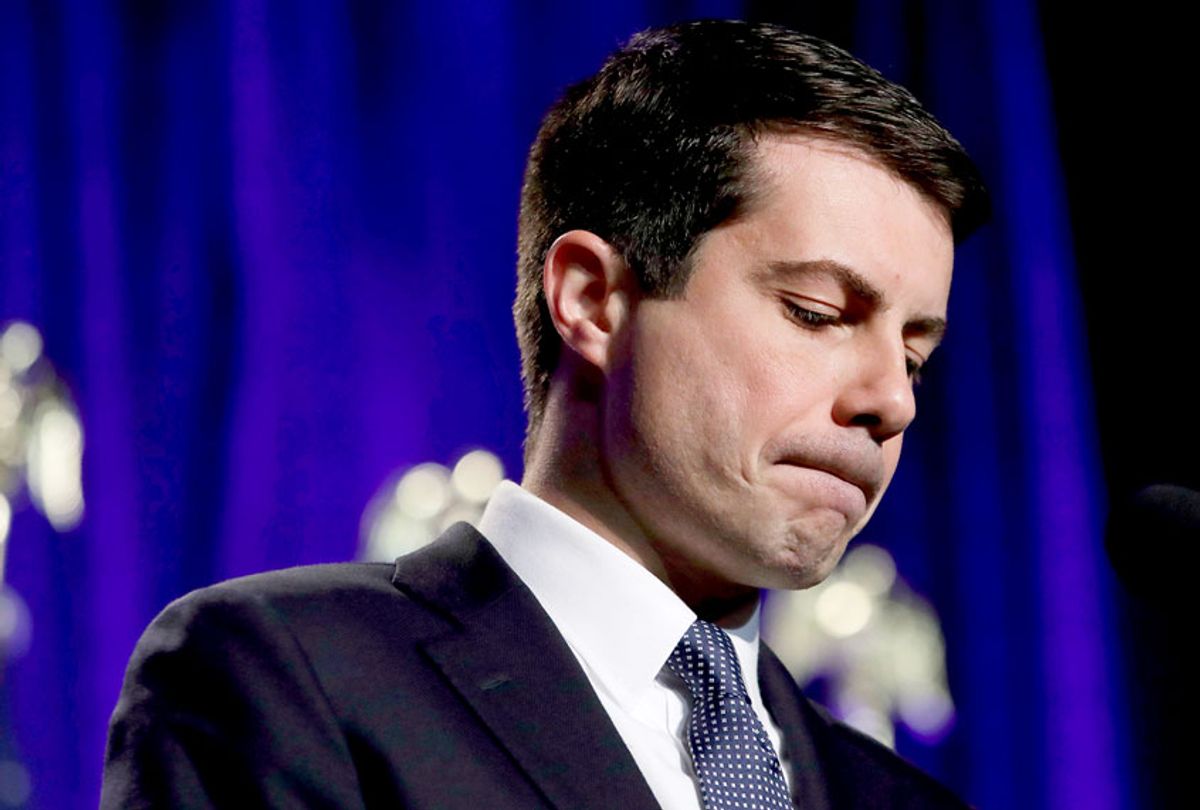 Sources within South Bend Mayor Pete Buttigieg's presidential campaign told Salon on Monday that his website's use of a stock photograph of a Kenyan woman alongside his plan promoting African American empowerment was accidental.

The photograph was removed from the "Douglass Plan" page on Buttigieg’s website in September, and a source close to the Buttigieg campaign told Salon it was not an image intended to actively use to promote the plan. The source added that the campaign had no idea the photograph had been taken in Kenya when it was removed it from their website, and that the campaign only did so as part of a regular update.

The Buttigieg campaign's comments to Salon were similar to a general statement that staffers gave to the press, one which read, “As our campaign has grown, we have brought all of our web development in-house to help guard against mistakes like this. We apologize for its use and the confusion it created.”

The controversy over the photograph first erupted after Ryan Grim, a journalist at The Intercept who covered Buttigieg’s “The Douglass Plan: A Comprehensive Investment in the Empowerment of Black America,” said a Kenyan woman reached out to him to point out that the photograph being used by Buttigieg for his campaign showed her. Grim initially revealed this Friday in a tweet.

“The Buttigieg campaign using a stock photo of a Kenyan woman for its Douglass Plan for Black America is now news in Kenya,” Grim tweeted on Sunday. “The woman in the photo reached out to me very confused.”

His original article discussed a controversy in which  the Buttigieg campaign claimed its Douglass Plan had been endorsed by prominent African Americans in South Carolina. In an article published in The HBCU Times, the campaign listed as endorsers of Buttigieg’s plan “Columbia City Councilwoman Tameika Devine” and “Rehoboth Baptist Pastor and State Rep. Ivory Thigpen.”

Devine told The Intercept that she had not yet endorsed a candidate in the presidential election and that while she endorsed the plan, it was not intended to be read as an endorsement of Buttigieg’s campaign. She speculated that the campaign had been “intentionally vague,” and “they probably put it out there thinking people wouldn’t read the fine print or wouldn’t look at the details or even contact the people” mentioned there.

Thigpen, by contrast, has endorsed Sen. Bernie Sanders of Vermont for president and told The Intercept that “it was clear to me, or at least I thought I made it clear to them, that I was a strong Bernie Sanders supporter — actually co-chair of the state, and I was not seeking to endorse their candidate or the plan.”

A third person who was listed as an endorser, Johnnie Cordero, chair of the state party’s Black Caucus, told The Intercept that “it’s presumptuous to think you can come up with a plan for black America without hearing from black folk.”

The article also pointed out that even though the original letter from the Buttigieg campaign could have been construed as indicating that the 400 signees were African American, many of them were not black, or did not even live in the state.