The former secretary of state clashed with Trump while serving in the Cabinet, allegedly calling him a "moron" 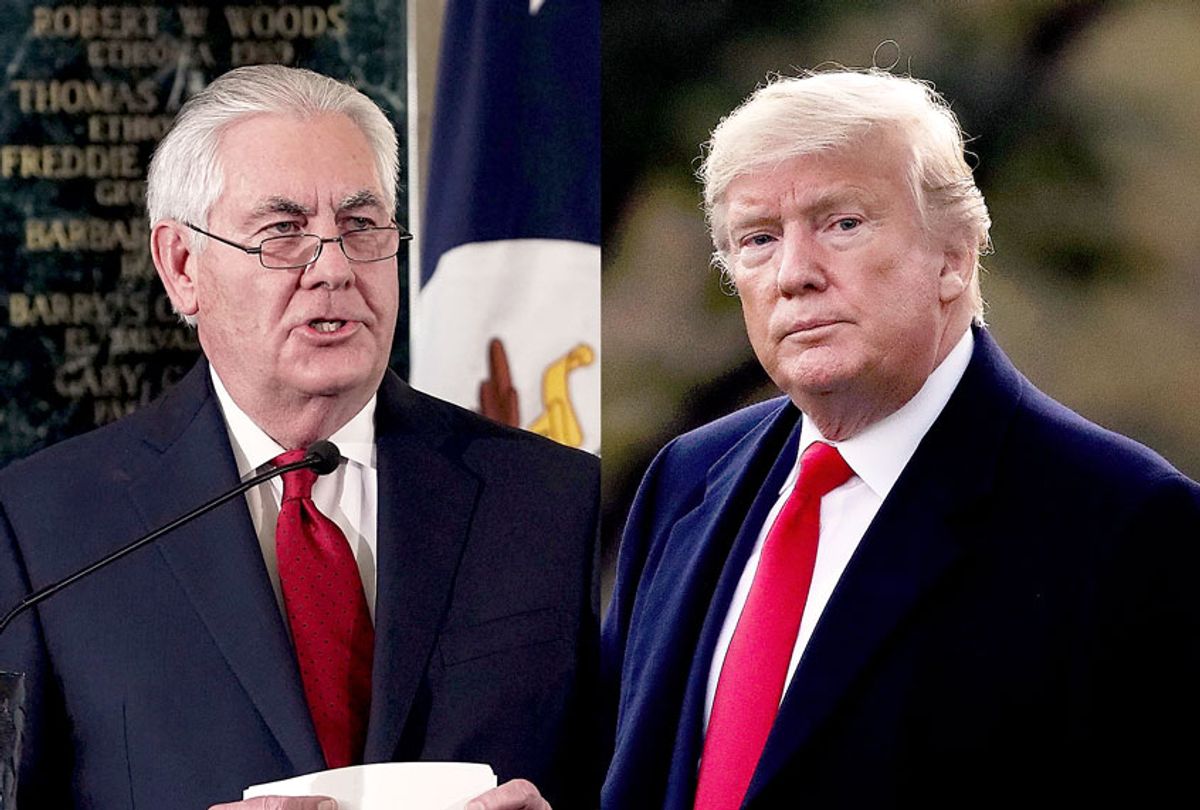 Former Secretary of State Rex Tillerson told PBS NewsHour anchor and managing editor Judy Woodruff that it is “wrong” for the president of the U.S. to use foreign aid, influence or weapons for personal gain.

“If you’re seeking some kind of personal gain and you’re using — whether it’s American foreign aid or American weapons or American influence — that’s wrong. And I think everyone understands that,” Tillerson told Woodruff at a luncheon hosted by the University of Texas MD Anderson Cancer Center in San Antonio.

Tillerson’s remarks came as the pair discussed a conflict at the center of the impeachment inquiry: As Trump solicited Ukrainian President Volodymyr Zelensky to investigate former Vice President Joe Biden and his son, Hunter, the administration withheld nearly $400 million in military aid which had already been appropriated by Congress. The inquiry was launched after a whistleblower revealed allegations of a possible quid pro quo.

Tillerson also addressed recent accusations by former United Nations Ambassador Nikki Haley that he had attempted to recruit her to an effort to undermine the Trump administration.

“[There are] so many people still [in the administration] trying to serve the country, so when people write books that quickly after leaving, my guess is [there are] two motivations: They need the money and they need the political future,” Tillerson told Woodruff.

Although he admitted to remembering a meeting, Tillerson said that “at no time in that conversation do I have any recollection at all of any discussion suggesting that she needed to join some effort of ours.”

Tillerson developed a reputation for being critical of the president prior to leaving the White House in 2018. He reportedly described the president as a “moron” in July 2018 after Trump allegedly compared the strategy of deciding on troop levels to opening a restaurant in New York.

After Trump defended far right protesters at Charlottesville, Virginia, Tillerson replied by saying, “The president speaks for himself.” In October, when Tillerson publicly praised the president at a press conference as “smart,” he refused to deny having called him a “moron.”

Trump also publicly criticized Tillerson, such as when his former secretary of state advocated pursuing a diplomatic path with North Korea. The president tweeted that “he is wasting his time trying to negotiate with Little Rocket Man… Save your energy Rex, we'll do what has to be done!” Trump later attempted to pursue diplomatic negotiations with North Korean dictator Kim Jong-un.