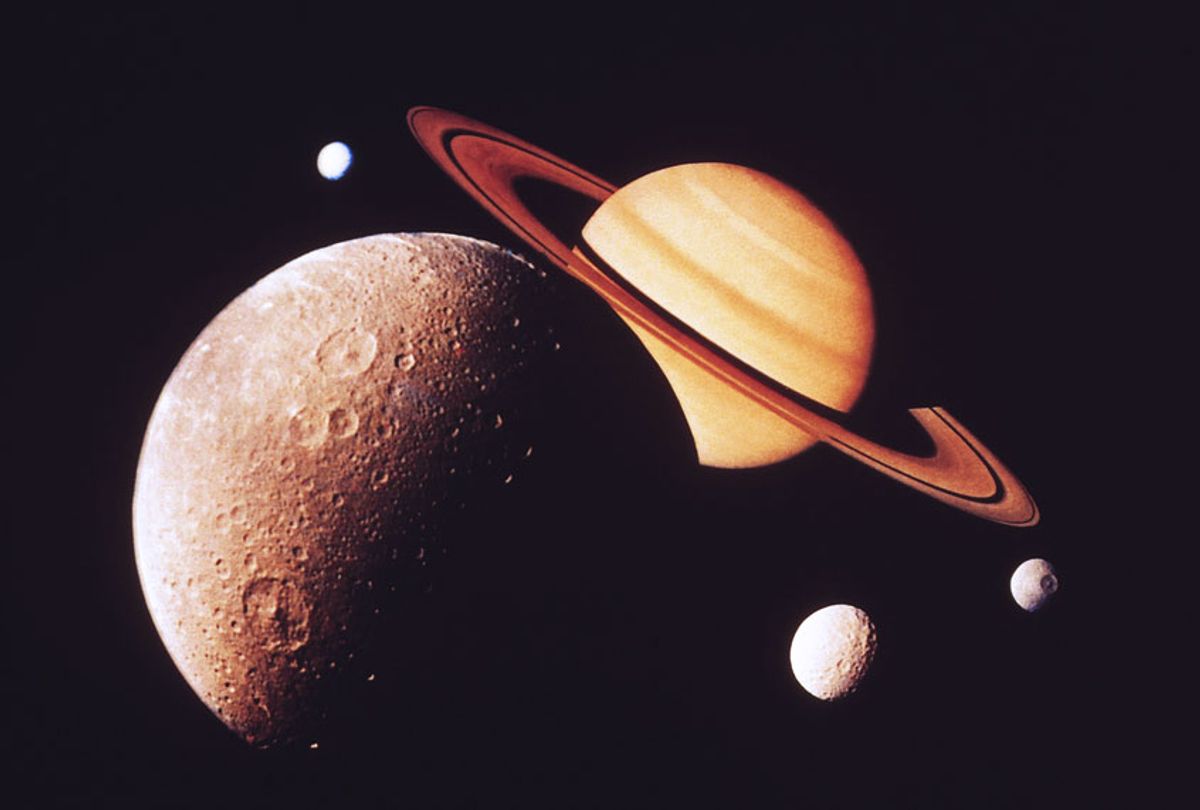 When you think of a moon, you may think of a rocky, crater-filled barren surface with little to do besides wander about in your rover and collect rocks. While Earth’s moon is certainly the epitome of a dead world, there are more than 200 moons in our solar system that orbit planets and asteroids. Lucky for human scientists, the universe is far too creative to make all the moons as static as ours.

Using newly analyzed data from NASA’s Cassini mission, astronomers published a study in Nature Astronomy this week regarding a new map of the surface of Saturn’s largest moon, Titan. The first-of-its-kind map reveals a world that is similar-looking to Earth — specifically, Titan is chock-full of mountains, plains, valleys, craters and lakes. This makes it unlike anywhere else in the solar system, except Earth. Intriguingly, even Titan's atmosphere is similar to Earth’s atmosphere in its ancient days.

“Titan has an active methane-based hydrologic cycle that has shaped a complex geologic landscape, making its surface one of most geologically diverse in the Solar System,”  the authors of the study state in the paper. “Despite the differences in materials, temperatures and gravity fields between Earth and Titan, many of their surface features are similar and can be interpreted as products of the same geologic processes.”

While researchers already had insight into the moon’s diverse terrain, the new analysis and map revealed some surprises.

“I was a little surprised that plains made up more of Titan than I had thought,” Rosaly Lopes, a planetary scientist at NASA’s Jet Propulsion Laboratory in Pasadena, California, and co-author of the study, told Salon.

Specifically, the map reveals that the moon’s surface is two-thirds flat plains, 17 percent sand dunes, 14 percent hills or mountains, and 1.5 percent valleys. A little over one percent of its surface is filled with liquid, but unlike on Earth, the liquids in question is not water but liquid methane.

“Titan has winds to make widespread plains, it has rain, it has lakes, seas, rivers, so it’s a really different moon from the usual cratered surface you see a lot of,” Lopes added.

Titan’s diversity and similarities to Earth make the moon a place to find microbial life.

“It’s one of the places in the solar system where it is like[ly] that life may have evolved, because we have the combination of a lot of organic materials,” Lopes added.

Unfortunately, we are going to have to wait probably another two decades to find out. NASA is planning on sending a drone to Titan on the Dragonfly mission by 2034, which will fly around the surface and study the moon in detail. As Titan has an atmosphere slightly thicker than Earth's, and temperatures that are cold but not frigid, a rotor-based drone could easily buzz around the lively moon.

In the meantime, back on Earth, researchers will not only ponder the diversity of the moon’s terrain, but also where the various formations are located. Most of the moon’s methane lakes are located near its north pole, which could be a result of Saturn’s elliptical orbit around the Sun causing longer summers in the northern hemisphere than the southern hemisphere.

Tracy Gregg, a planetary geologist at the University at Buffalo in New York, told Nature that this map will help researchers answer important questions about Titan. “One is: what kinds of changes has Titan gone through that are seasonal, and what sort of changes might be driven by the internal [heat] of Titan?” she says.

Lopes said Titan would qualify as a planet in its own right if it weren't parked in orbit around Saturn.

“Titan is a very different moon, a very different world, and if it wasn’t in orbit around Saturn, we would say it’s a planet because it has the second densest atmosphere as a solid body in the solar system. Venus is first, Titan, second, Earth, third,” Lopes said.

“I think as we study Titan more, we will be able to find out much more about what has led to the evolution of the very different moon,” she added.