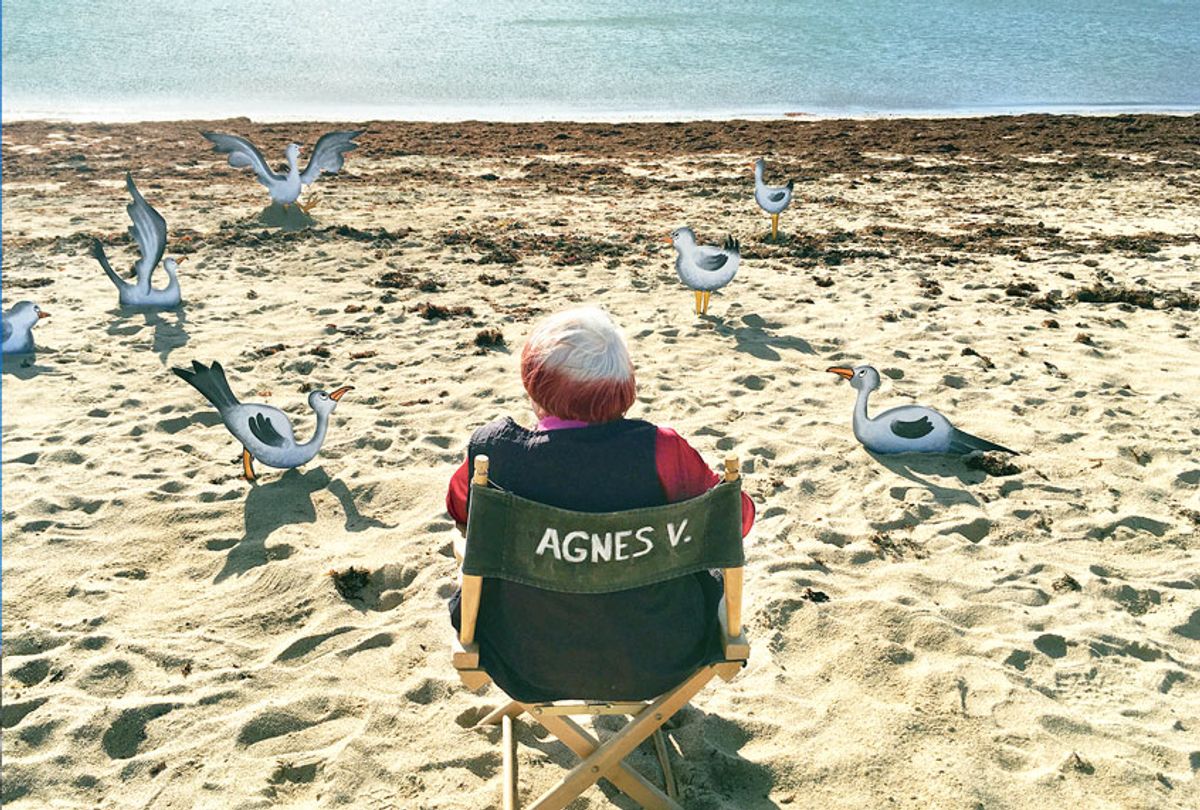 Agnès Varda, who died earlier this year at age 90, left a lasting impact on world cinema. She has been dubbed “the mother (and grandmother) of the French New Wave.” Varda received an honorary Oscar in 2017 and was the oldest living competitive nominee in 2018, when her documentary “Faces Places” was in the running for Best Documentary Feature.

Varda’s films are unique, magical, and special, as diehard fans will attest. She has a playful sense of wonder that infuses her work — even when she tackles a serious topic, like cancer, in her most famous film, “Cleo from 5 to 7.” She blends documentary and fiction in her intimate, personal stories about people and subjects that interest her. She left a remarkable legacy.

Her last feature, “Varda by Agnès,” is a fantastic, multi-layered self-portrait that doubles as a tribute to her life and work. The film (actually a two-part TV documentary) is a master class. Varda chats about cinema, photography, art, and even her cat, to various audiences — and viewers will hang on every word. And they will bask in every glorious image.

Around the film’s midpoint, Varda interrupts her monologue for a “prelude” to show some of the photographs she took early in her career, before she became a filmmaker. The pictures are stunning; her eye frames and her lens captures people in ways that reveal both them and Varda. What is more, viewers understand not just the appeal of the compositions, but also how Varda sees things. It is a quality that served her well as a filmmaker. Take for example an indelible image from one of her films in which a woman in a laundromat is seen from behind fussing with her hair. (The photos and clips of a young Varda, seen throughout the documentary are all welcome and wonderful.)

“Varda by Agnès” hopscotches around the filmmaker’s career, which feels like the right approach for a film going down memory lane. There is some discussion of “La Pointe Courte,” her first film, where she started to break cinematic rules. Varda describes how she pushed sound to the foreground as two lovers walked away from the camera. She’s not humble-bragging here; she is teaching a lesson — as she does when she shows how she breaks the fourth wall by putting herself and her camera in a documentary she is making with Jane Birkin. This image is reflected later in a discussion of her documentary, “The Beaches of Agnès,” where she uses mirrors to introduce her crew.

What Varda is doing here and throughout “Varda by Agnès” is showing the collaborative nature of filmmaking. She emphasizes in the documentary’s opening moments that cinema is about sharing, and later states that an empty theater is a director’s worst nightmare. Varda’s love of cinema is infectious, and it is hard not to get swept up in her utter joy.

Varda’s purpose with the documentary is to explain why she does this work. She provides a guiding hand for cinephiles and filmmakers, explaining her strategy for including 1-minute-long tracking shots every 10 minutes in her film, “Vagabond.” Or fading to color in her film “Le Bonheur” She wants viewers to feel and experience things as she does.

While the film is talky, it is rarely dry. Varda engenders the kind of reverence one would pay to a great aunt recounting a family history; there is a familiarity but not always a deep knowledge. Varda delivers an interesting sidebar on her husband Jacques Demy. She also features an amusing segment about her film, “One Hundred and One Nights,” a homage to cinema that featured a scene of Catherine Deneuve and Robert De Niro in a boat on a pond. The film flopped, Varda admits, but her recollection of it will makes viewers want to seek it out because what she says — and shows — is so intriguing.

Sometimes the clips in “Varda by Agnès” go on too long, particularly ones from “The Gleaners & I,” and “Faces Places” near the end of the documentary. Some film clips are not identified, which can be frustrating to those unfamiliar with the work being discussed. And one film is possibly spoiled when a tragic plot point is revealed. But these are minor quibbles.

“Varda by Agnès” is made, as all of Varda’s films are, with empathy and love. She effuses about beaches, outdoor markets, and murals. She gushes about digital cameras and the freedom they gave her to make documentaries more personal and intimate. And she talks about being guided by what she films.

One such item that inspired her was the heart-shaped potato, from “The Gleaners & I,” which developed into “Patatutopia,” an installation at the 2003 Venice Biennial, which involved Varda donning a potato costume to promote her exhibit. (She looks adorable). The project also prompted her to make more art, from “cinema shacks” — houses created with 35mm film strips and arches made from film reel canisters of her films — to her project, “Triptychs of Noirmoutier.” She also displays an impish quality when she does an impromptu little dance in front of an artwork she made that is comprised entirely of brightly colored plastic.

The art projects may seem like a digression, but they echo many of the themes in the film, from feminism, to realism and representation, to the juxtaposition of still and moving images, as well as documentary and fiction.
Varda enthusiastically downloads almost too much information for viewers to absorb and ponder and reflect on, but that is part of the film’s charm. Her documentary is, ultimately, a collage that is both subjective and objective (like her films).

“Varda by Agnès” is a poignant capstone (not epitaph) to a remarkable career. When Varda states in the film, “Artists and filmmakers I love give me pleasure and energy,” it is impossible, having seen this film, not to think of the pleasure and energy Varda emits. She inspires and illuminates. She will be missed.

“Varda by Agnès” opens on Friday, Nov. 22 in New York in Los Angeles and will gradually open around the country.