Their finest since "Mylo Xyyloto," "Everyday Life" is a pointed rejoinder to racism and sociocultural isolation 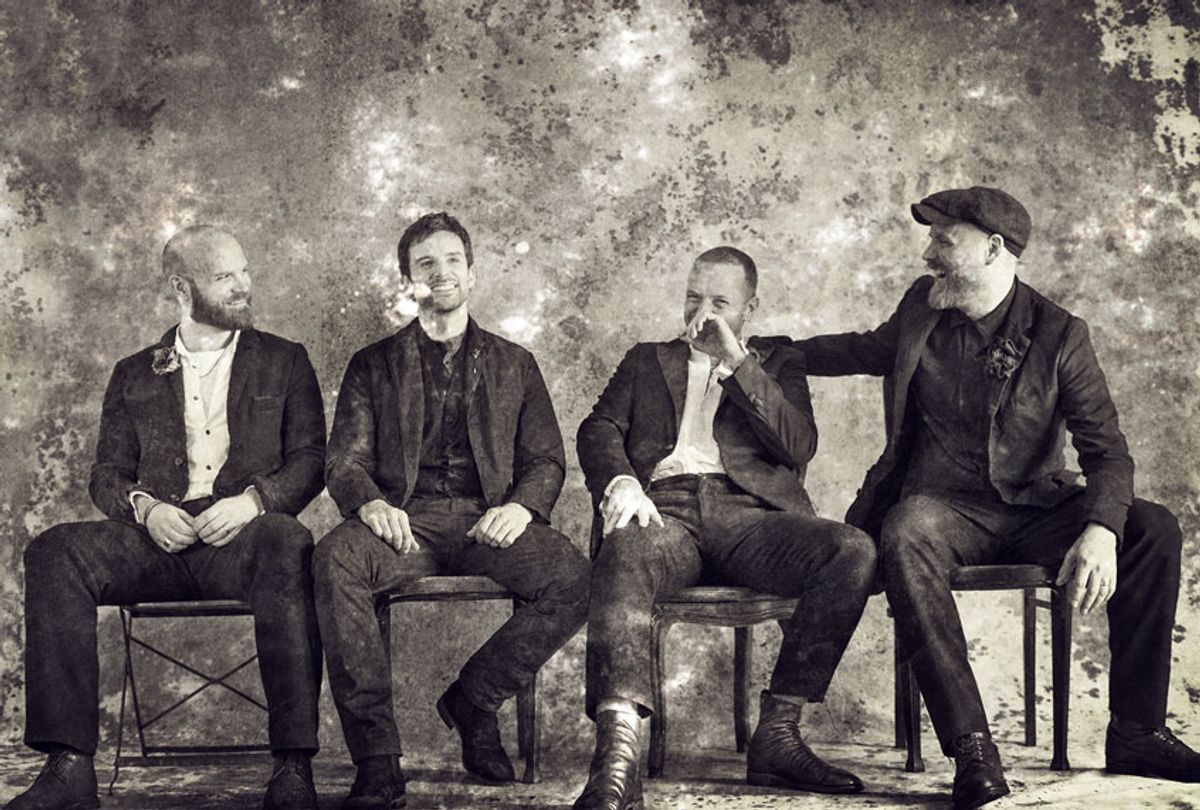 With their eighth studio album, Coldplay takes aim at our enduring global malaise. Described as a “double-album,” although it clocks in at scarcely more than 50 minutes, "Everyday Life" finds the British alt-rockers diagnosing the ills of racism and sociocultural isolation with largely impressive results.

Divided into two overarching sections — “Sunrise” and “Sunset”— "Everyday Life" presents listeners with a deftly arranged song cycle devoted to cultivating the seeds of hope and change. The album begins with an orchestral interlude, arranged by composer Davide Rossi, that merges Middle Eastern and Western elements as an overture, of sorts, to the album's thematic intentions.

As lead singer Chris Martin recently remarked on BBC Radio 1, "Everyday Life" is “our reaction to the perceived negativity that’s everywhere. And there is a lot of trouble, but there’s also so much positivity and so much great life happening. So in a way, it’s just trying to make sense of things, saying what we feel and what we see.”

And what Martin and the group clearly see is disunion and disintegration at nearly every turn. Take “Trouble in Town,” a song about the racial strife at the heart of everyday America, a place where folks aren’t necessarily safe in their own communities. “And I get no shelter, and I get no peace,” Martin sings. “And I never get released.” It’s a place where the power and privilege of law enforcement sometimes runs amok in a world of interhuman disunity.

In this way, "Everyday Life" acts as a pointed rejoinder to the social and political unrest that plagues our confounding present day. For Coldplay, the remedy can only exist, it seems, in a recognition of the kind of spiritual oneness at the heart of thirteenth-century Iranian writer Saadi Shirazi’s “Bani Adam,” a poem whose message pulses across nearly every song on the album.

In “Daddy,” perhaps the saddest, most heartfelt composition in the group’s career, Martin presses his case even further and illustrates the melancholy of family dissolution and despair. And then there’s “Arabesque,” the album’s most prescient achievement. With a heavy bedrock of brass and sax accompaniment, Coldplay gets to the heart of the matter: “I could be you, you could be me / Two raindrops in the same sea,” Martin sings. “You could be me, I could be you / Two angles of the same view. / And we share the same blood.”

In such moments, Coldplay highlights the reality of our sameness and our culture’s seeming inability to comprehend this basic aspect of our humanity. In addition to its well-founded lyrical imagery and Islamic overtones, “Arabesque” serves up a musical palette that features the indigenous sounds of the band’s primary musicians, especially guitarist Jonny Buckland, on full display. The band’s rekindled sense of musicianship, having been vanquished in favor of electronic sounds on recent albums, makes for a welcome return to form.

In “Orphans,” part of the LP’s “Sunset” spate of songs, Coldplay addresses the atrocities associated with the Syrian Civil War—namely, the story of a young girl and her father living in the heart of the refugee crisis. The album’s title track “Everyday Life” explores a sentiment as important, and possibly more so, than the days of Marvin Gaye’s "What’s Going On" (1971), a very different of era of sociopolitical disarray. “How in the world am I going to see you as my brother,” Martin asks in “Everyday Life,” “not my enemy?” On its face, Martin’s observation may be simple, and it may be trite, but it bears repeating just the same.

In many ways, "Everyday Life" marks the band’s finest LP since at least "Mylo Xyloto" (2011), which was the last time Coldplay reveled in significant lyrical and musical interplay. While it hardly approaches the achievements of such early masterworks as "A Rush of Blood to the Head" (2002) and "Viva La Vida" (2008), "Everyday Life" succeeds admirably on its own terms. To their great credit, Coldplay pulls no punches, shining a much-needed spotlight on the darkness at the edges of our hometowns and, at the same time, heralding the bright light of optimism’s hopeful glow.