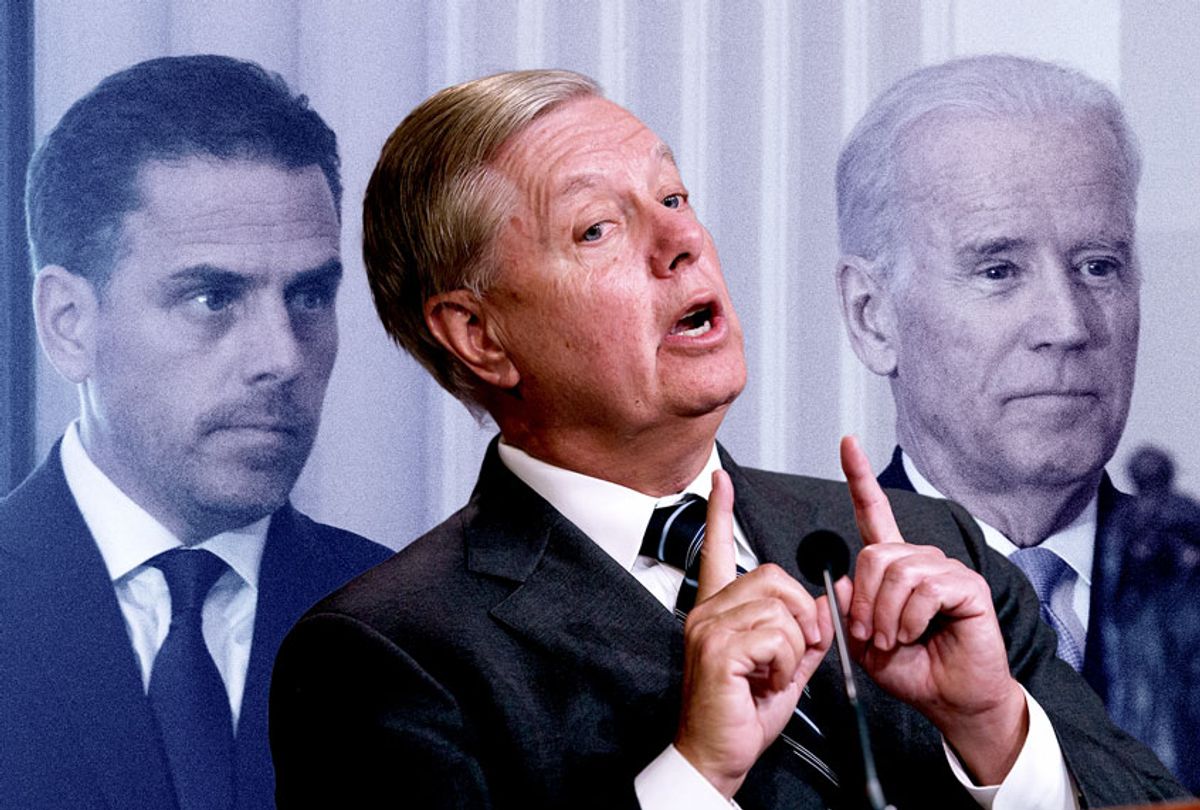 Graham requested all documents and transcripts related to communications that Biden, as vice president, may have had with former Ukrainian President Petro Poroshenko regarding the firing of Ukraine's top prosecutor, as well as any that noted an investigation of Burisma Holdings, the Ukrainian energy company that then employed Hunter Biden, the former veep's son.

The document request suggests Graham is seeking to bolster Trump's accusations that Biden put pressure on Ukraine to fire its top prosecutor, Viktor Shokin, to protect his son.

The unsubstantiated claim that Joe Biden acted inappropriately in pushing for Shokin's removal is at the heart of the impeachment inquiry into Trump. House Democrats are investigating allegations that Trump pressured Ukrainian President Volodymyr Zelensky in a July 25 phone call to investigate the Bidens and a baseless conspiracy theory about Ukrainian meddling in the 2016 election.

Trump and his personal lawyer, Rudy Giuliani, have argued that Biden acted inappropriately in pushing Ukraine to fire its prosecutor by withholding $1 billion in U.S. loan guarantees. Biden, at the time, was leading a charge supported by the Obama administration and many Western officials, who argued that Shokin was ignoring corruption in his own office and among the political elite.

As Biden dived into Ukraine to tackle rampant corruption, his son joined the board of Burisma Holdings, a Ukrainian energy company that was the subject of a series of corruption investigations. Though Hunter Biden was not accused of any wrongdoing in the investigation, anti-corruption advocates expressed concern that he served at the company at the same time his father was the Obama administration's point person on relations with Ukraine.

Throughout the impeachment hearings, Republicans have sought to redirect the narrative to focus on the Bidens in an effort to shield the president from allegations that he abused his office. Trump's allies in Congress have requested Hunter Biden's testimony, an effort Democrats have pushed back on.

Kurt Volker, the former U.S. special envoy to Ukraine who was asked to testify by Republicans, said during his appearance Tuesday on Capitol Hill that "allegations against Vice President Biden are self-serving and not credible."