Press Watch: Impeachment has shown us people who rarely get to talk — the professionals 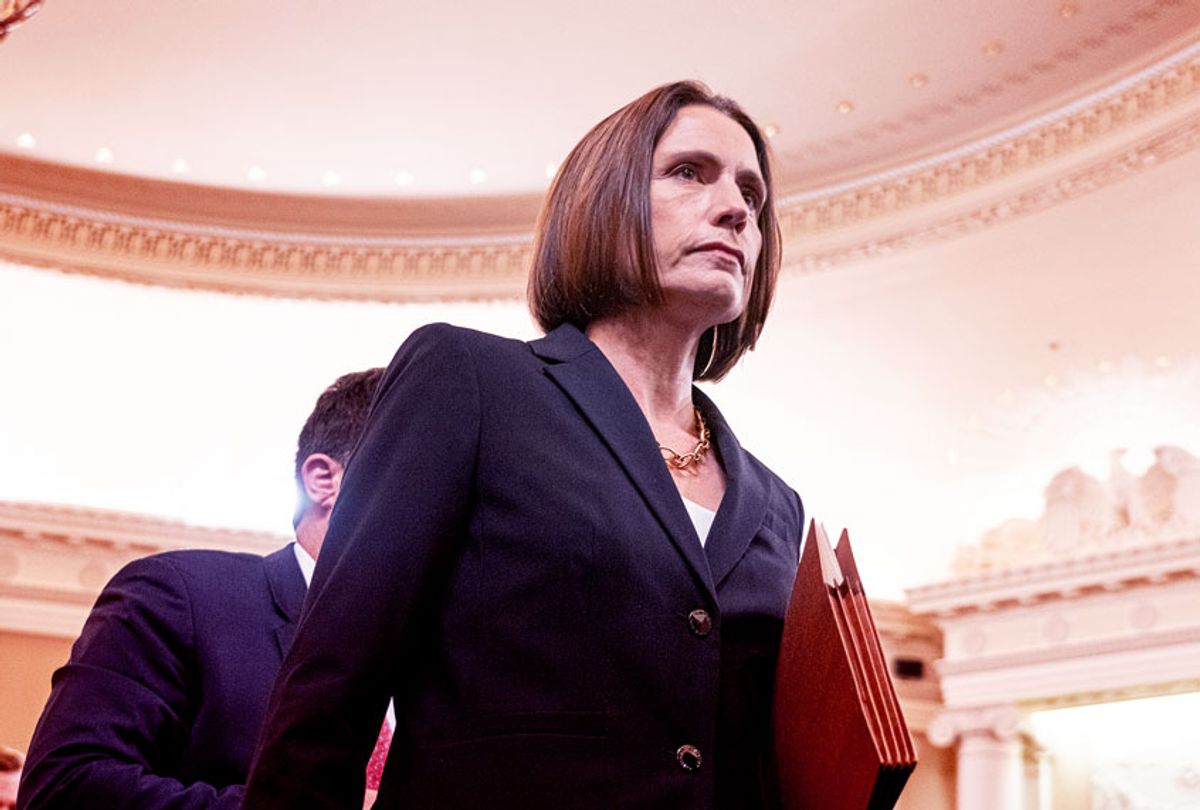 Among the many things you saw these past two weeks that you otherwise rarely get to see was a depiction of the drama that plays out almost daily in federal government offices all over Washington, where smart, dedicated, highly knowledgeable, reality-based senior career employees are being erratically manipulated, micromanaged, and routed around by Trump political appointees who operate in a different universe.

Observers of the impeachment hearings have been impressed by the professionalism of the career bureaucrats and diplomats — and appropriately so.

The career witnesses did something that almost never happens in modern-day Washington: They actually answered the questions they were asked, rather than ducking and pivoting to a talking point. More than that: they answered them thoroughly, knowledgeably and intelligibly. They were direct and sincere and unflappable. These were people who live and thrive in a universe ruled by facts, duty and process.

By contrast, Trump-donor-turned-European Union-fixer Gordon Sondland showed what things are like in the universe of political appointees. It’s a place where what Trump wants — even if he isn’t completely explicit about it — is unchallenged, unquestioned and, indeed, the only priority. His appointees conspire, scramble and obfuscate to make it happen. They lie to themselves and others.

And they simply ignore the career people who, as Sondland put it, can sometimes be running around with their “hair on fire.”

Trump and his defenders write off the resistance they encounter from career civil servants as the work of a “deep state” that they accuse of trying to sabotage his presidency. But it’s really more a function of what happens when two universes — only one of which is following the rules — collide.

Here is Sondland describing life in his universe, in response to questions from House Intelligence Committee minority counsel Steve Castor. From his perspective, his channel is the regular one:

Sondland: I’m not sure how someone could characterize something as an irregular channel when you're talking to the president of the United States, the secretary of state, the national security adviser, the chief of staff of the White House, the secretary of energy. I don't know how that's irregular.

If a bunch of folks that are not in that channel are aggrieved for some reason for not being included, I don't know how they can consider us to be the irregular channel and they to be the regular channel when it's the leadership that makes the decisions.

Sondland: Well, they were never raised. They were never raised. No one said, “back off of Ukraine,” “this is dangerous,” “you're doing something that's untoward,” “we have concerns,” “there was a bad phone call on July 25,” “there's talk about a drug cocktail” or something. No one ever said that to me by phone, by text, by email. I don't remember anybody sounding any alarm bell because, of course, had someone mentioned it, I would have sat up and taken notice. Everyone's hair was on fire but no one decided to talk to us.

That no one raised concerns to Sondland is patently untrue. Most obviously, former National Security Council Russia expert Fiona Hill, who testified the day after Sondland, sounded the alarm bell right in his face.

Are those two views reconcilable? No, but they’re explicable. It was an alarm bell that Sondland, in his universe, could barely hear. All he heard was a bunch of nattering wonky complaints about process. (Hill is also absolutely right to suggest that her gender contributed to Sondland’s deafness.)

Hill, in the meantime, had no idea of the depth and breadth of the machinations and conspiring that were going on in Sondland’s universe, to please its master.

Her answer here — to minority counsel’s question! — is worth some of your time:

Well, I think you might recall in my deposition on October 14, that I said that very unfortunately I had a bit of a blowup with Ambassador Sondland and I had a couple of testy encounters with him.

And one of those was on June 18, when I actually said to him “Who put you in charge of Ukraine?” and, you know, I’ll admit I was a little bit rude. And that’s when he told me, “The president,” which shut me up.

And this other meeting, maybe it was about 15, 20 minutes, exactly as he depicted it was. I was actually, to be honest, angry with him. And, you know, I hate to say it but often when women show anger, it’s not fully appreciated. It’s often, you know, pushed onto emotional issues, perhaps, or deflected onto other people. And what I was angry about is that he wasn’t coordinating with us.

And I actually realized, having listened to his deposition, that he was absolutely right — that he wasn’t coordinating with us, because we were not doing the same thing that he was doing. So I was upset with him that he wasn’t fully telling us about all of the meetings that he was having, and he said to me, “But I am briefing the president. I am briefing Chief of Staff Mulvaney, I am briefing Secretary Pompeo and I have talked to Ambassador Bolton. Who else do I have to deal with?”

And the point is we have a robust agency-to-agency process as it deals with Ukraine that includes Mr. Holmes, it includes Ambassador Taylor, as the chargé d'affaires, it includes a whole load of other people.

But it struck me yesterday when you put up on the screen Ambassador Sondland's emails and who was on these emails, and he said, "These are the people who need to know," but he was absolutely right, because he was being involved in a domestic political errand and we were being involved in national security foreign policy and those two things had just diverged.

So he was correct and I had not put my finger on that at the moment. But I was irritated with him and angry with him that he wasn’t fully coordinating and I did say. “Ambassador Sondland — Gordon — I think this is all going to blow up.” And here we are.

Hill’s conclusion was that Sondland “was carrying out what he thought he had been instructed to carry out, and we were doing something that we thought was just as — or perhaps even more — important, but it wasn’t in the same channel.”

This drama of divergent universes is rarely reported, although it is central to how Washington works, and will be familiar to almost anyone who personally knows a senior career employee, especially one who has worked under this administration.

And there’s a reason it doesn’t get reported — a reason that predates Donald Trump.

The officials we heard from during the last two weeks are precisely the kind that the people in charge don’t want the public to hear, or journalists to speak to — certainly not in a context where they are free to speak their minds without massively running afoul of their supervisors.

Over the last two or three decades, the executive branch — under both parties — has increasingly cracked down on the ability of government employees to speak in public, or to journalists. It’s one of many ways in which the presidency has become more powerful and authoritarian, across administrations.

Trump, along with Attorney General William Barr, is going further still, casting dissenters and whistleblowers as traitors, dramatically weakening civil service protections, and kneecapping reality-based officials by, for instance, limiting their use of science.

But the rights of federal employees to talk to journalists have been steadily eroding, which has become a major concern of journalism and free-speech groups, who have asked Congress to do something about it.

There are so many takeaways from the past two weeks — but one of them should be that we’d be better off as a nation if we heard more from people like these witnesses, rather than less.