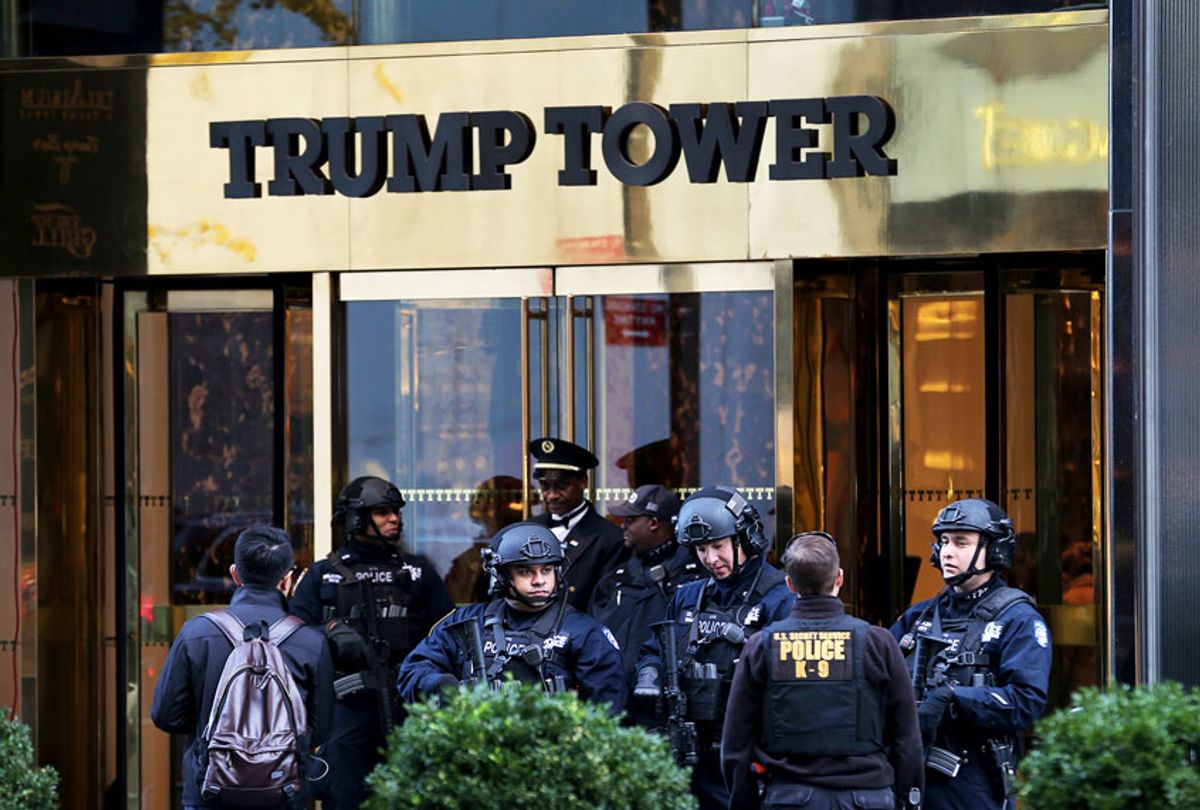 The Secret Service spent more than $250,000 at President Donald Trump's properties over the course of five months in 2017, according to newly released documents.

The records detail Secret Service credit card expenditures for Trump properties and business between Jan. 27 and June 9, 2017. They were obtained by the nonprofit watchdog group Property of the People through a Freedom of Information Act request.

The credit card purchases totaled $250,020.94. Most of the expenditures in that five-month period took place at Trump's golf clubs — listed under a category titled "Trump National Golf Club" — which the president has visited more than 200 times since taking office. The agency also spent more than $45,000 at Trump Hotel in Las Vegas in March 2017, the records show.

The Secret Service also spent more than $32,000 at Trump International Hotel in Washington over those five months, the documents show. The hotel, located just blocks from the White House, has emerged as a particular source of controversy throughout the president's time in office. It has become a magnet for lobbyists, foreign governments and organizations friendly to the president's agenda, who have rented rooms or held meetings in an apparent effort to curry favor with the administration.

Multiple charges of $10,000 or less occurred on the same day, according to the documents, suggesting that many of the expenditures took place at Mar-a-Lago, the president's private club in Palm Beach, Florida, which reportedly can't process individual charges over $10,000.

This report will likely raise renewed questions about whether the president has potentially profited from official government use of his personal business entities.

Since winning the 2016 election, Trump has refused to divest from his private business interests — choosing instead to hand off control of his organization to his two eldest sons, Donald Jr. and Eric — against the advice of government ethics experts. He regularly visits his properties, spending weekends at his properties in New Jersey and Florida, which he has referred to as the "Summer White House" and the "Winter White House," respectively. The two resorts have become popular spots for Republican officials to hold fundraisers over the past three years.

The president's properties have drawn three lawsuits filed by the watchdog group Citizens for Responsibility and Ethics in Washington, Democrats in Congress, and jointly, the attorneys general of Maryland and the District of Columbia. The lawsuits claim Trump is in violation of a constitutional ban by accepting payments through his hotels. The Constitution prohibits presidents from taking "emoluments," considered gifts or payments, from foreign governments without congressional approval.

Trump has dismissed the emoluments clause as "phony," and his personal lawyers have argued that the provision only bars him from receiving compensation in exchange for a "personal service in his capacity as [an] officeholder," or a bribe. (Notably, House Democrats are currently investigating whether Trump's dealings with Ukraine's president amounted to "bribery" in the ongoing impeachment inquiry into the president.)

Trump, meanwhile, has appeared to continue doing business with foreign dignitaries, while the Justice Department has quietly adopted a new interpretation of the emoluments clause. Filings by the department since June 2017 reveal the new interpretation "permit[s] the president — and all federal officials — to accept unlimited amounts of money from foreign governments, as long as the money comes through commercial transactions with an entity owned by the federal official." (No court had ever ruled on the meaning of the provision or how it could be enforced before Trump took office, according to The New York Times.)

The Trump Organization announced last February that it donated profits from its hotel business with foreign governments to the U.S. Treasury, although it declined to reveal the amount of the contributions and how those amounts were calculated. The company also refused to identify the foreign customers in question.

Trump's company has claimed that it does not actively market to foreign governments or solicit their business — even though Trump initially decided earlier this year to hold the 2020 G7 summit at his Doral golf resort near Miami, a suggestion he later reversed amid mounting bipartisan criticism.