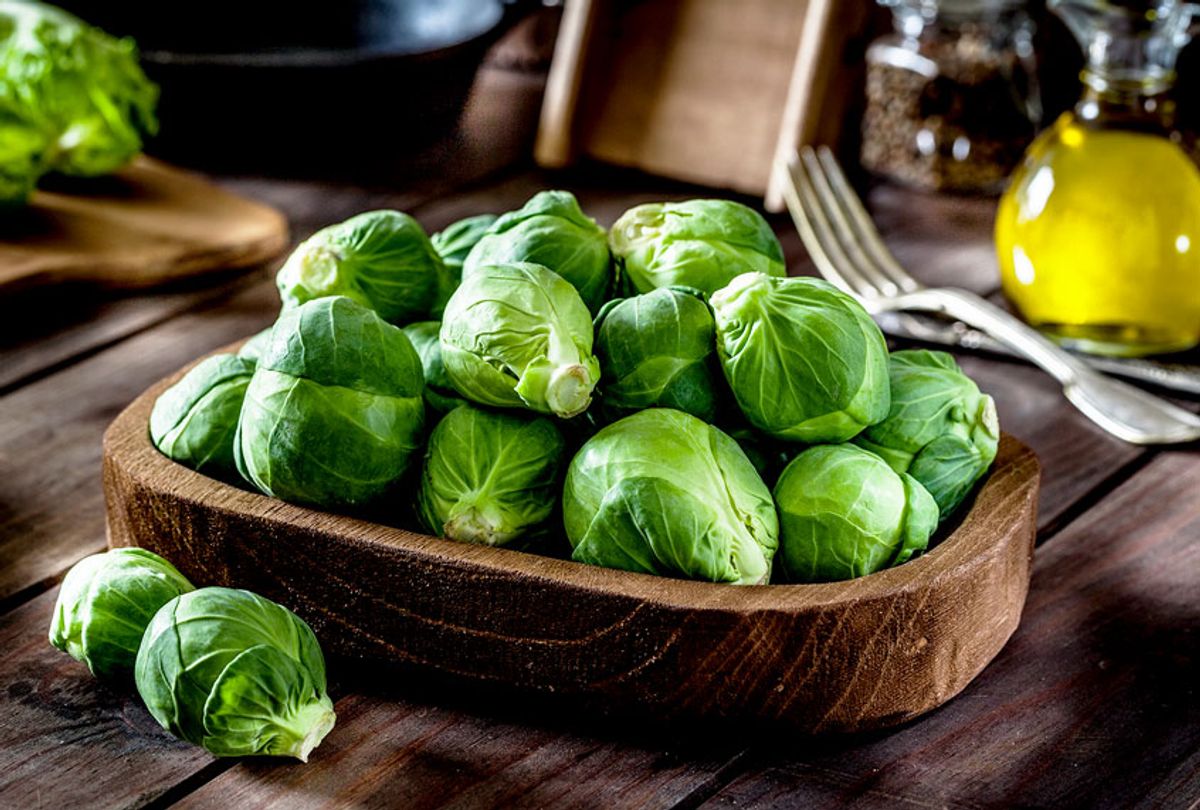 Brussels sprouts are one of those dishes that can go really badly (or at least be rendered sadly subpar) really quickly. In trying to mask their inherent bitterness, some chefs cook them within an inch of their life, which leaves them mushy and tasteless; then in an attempt to inject a little flavor they saturate them with a solitary, go-to flavor: Parmesan. Butter. Bacon.

I spoke to chefs from both restaurants to gain insight into their recipes.  Although both dishes  happen to lean into delicately layered Asian fusion-inspired flavors (Gan Shan Station features Asian-inspired recipes through a Western lens), understanding the mechanics behind why these sprouts work can help you make a crave-worthy plate, whatever flavor path you choose.

“I think what makes our brussels sprouts unique at all of my restaurants is how we start them,” said Dallas McGarity, the chef and owner of The Fat Lamb. “We cut every single sprout in half and toss them in salt, pepper and olive oil then roast them in a high-temperature oven.”

This allows to build a layer of charred flavor, without losing the sprouts’ firm texture.

“We cook them just enough to keep them al dente so we can sauté them later to order,” McGarity said.

At Gan Shan Station, chef and owner Patrick O’Cain deep-fries their halved brussels sprouts to add some crispness and caramelization, while also maintaining the texture of the vegetable. “But the biggest thing is not to overcook the brussels sprouts,” O’Cain said.

As mentioned, brussels sprouts have a distinct bitterness (this is because they are chock full of large amounts of a compound called glucosinolates, which have a sharp flavor) that you have to navigate when deciding how to flavor them. Both McGarity and O’Cain play off that bitterness to create a well-rounded dish.

“I like my brussels to not taste charred but have some of that smoky and charred-quality while being balanced with a sweet, sour, and spicy kind of flavor,” McGarity said. “I think that brussels sprouts can stand up to bold sauce flavors.”

At Fat Lamb, they use a gochujang hoisin sauce. Gochujang is a Korean red chili paste that when crossed with the sweet and pungent Chinese hoisin sauce, creates a complex and intriguing flavor bomb.

“It glazes nicely and has a little spice from the gochujang but enough sweetness from the hoisin to make it tasty,” McGarity said.

Meanwhile, the sprouts at Gan Shan Station — which were inspired by the Dan Dan noodles recipe in O’Cain’s well-loved copy of “Mrs. Chiang's Szechwan Cookbook” — are coated in a tahini and soy sauce blend with Szechuan pepper, which adds some nice nuttiness, sweetness and spice.

Acidity gets its own section because it’s so ridiculously important (you’ve read or watched “Salt, Fat, Acid, Heat,” right?). It helps to balance the flavor and keeps things tasting really fresh which, as this is a vegetable dish, is ideal.

For that bit of brightness, O’Cain adds lemon to his Dan Dan brussels sprouts, while McGarity adds a little vinegar to his sauce.

Both these dishes would be totally fine with just the crisp sprouts and lick-the-plate-good sauces, but a little crunch is a nice addition because texture adds to flavor. At Gan Shan, O’Cain garnishes his brussels sprouts with chili crisp and crushed peanuts; McGarity goes with some red wine-pickled onions — a texture/acid one-two punch — and slivered almonds.

So, if you’re feeling inspired to tackle a brussels sprouts dish with complex flavors, here are the main takeaways.