Call the Guinness Book: It's been at least three million years since CO2 was this high 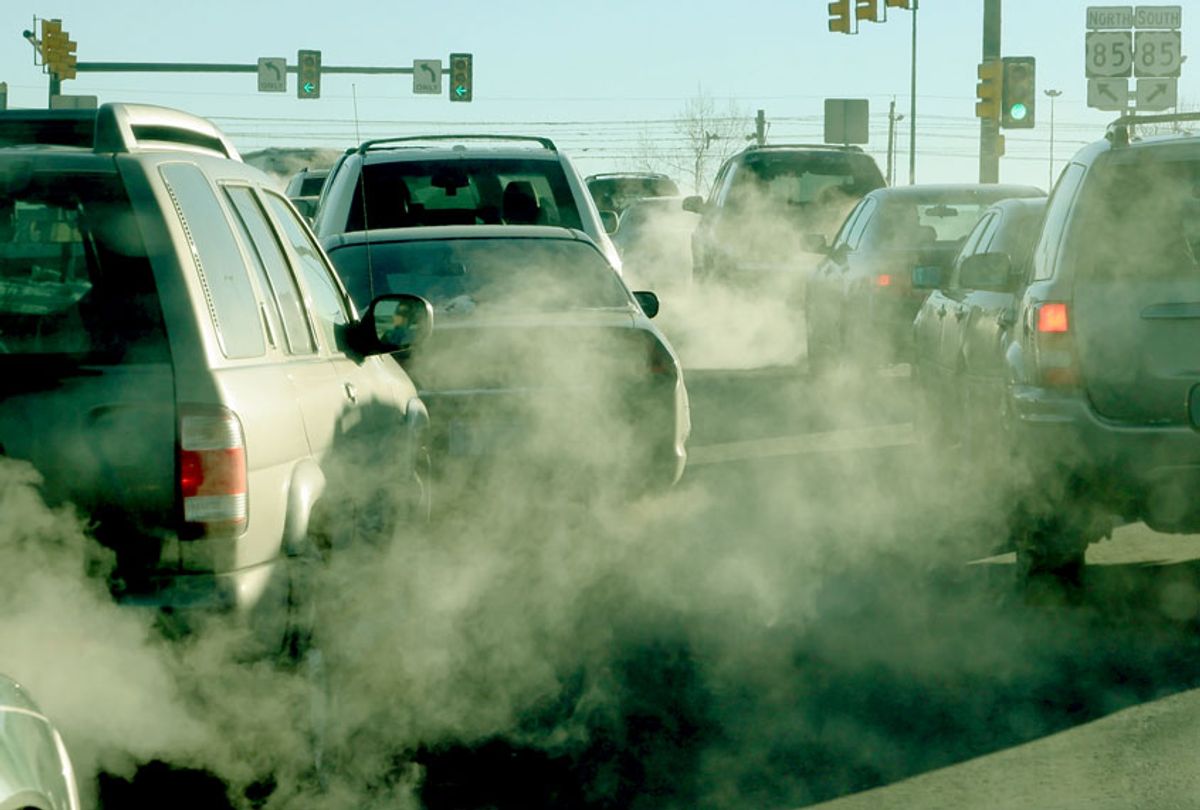 On Monday, the World Meteorological Organization (WMO) released a chilling report about the composition of Earth’s atmosphere, revealing that we have hit a new record for carbon dioxide levels.

“There is no sign of a slowdown, let alone a decline, in greenhouse gases concentration in the atmosphere despite all the commitments under the Paris Agreement on Climate Change," WMO Secretary-General Petteri Taalas said in a statement. “We need to translate the commitments into action and increase the level of ambition for the sake of the future welfare of the mankind.”

Taalas stated that the last time Earth observed similar levels of concentration in the atmosphere was over 3 million years ago.

“It is worth recalling that the last time the Earth experienced a comparable concentration of CO2 was 3-5 million years ago,” Taalas said. “Back then, the temperature was 2 to 3 degrees [centigrade] warmer, [and] sea level was 10 to 20 meters higher than now.”

Inger Andersen, executive director of the UN Environment Program, said in a statement that this report, along with a separate one from the United Nations that will be released on Tuesday, should compel the world's governments to take action.

"We face a stark choice: set in motion the radical transformations we need now, or face the consequences of a planet radically altered by climate change,” Andersen said.

The mere fact that greenhouse gases are rising in our atmosphere at the current rates are indeed a cause for concern. When it comes to climate change, it is not so much the levels of concentration that are problematic, but the rates at which they are happening. As the reports point out, the latest data on carbon dioxide concentration represents a 147 percent increase from pre-industrial levels (meaning prior to the year 1750).

The report bodes poorly for humanity's hope to decrease carbon emissions and thus reduce or stabilize warming. While scientists don’t know precisely how much our planet is going to heat up in the coming decades, the future climate depends on the amount of greenhouse gases humans emit, and which get trapped in the atmosphere. Currently, there is no guaranteed solution to remove carbon trapped in our atmosphere, although there are a few ways that can help — in particular, planting trees.

Unfortunately, recent studies suggest that climate change could displace millions of people. A study published in Nature Communications in October stated that an estimated 150 million people are living on land that will be below the high tide line by 2050. That estimate was previously believed to be around 38 million people.

At the beginning of 2019, a report came out showing that after three years of being on the decline, CO2 emissions increased by an estimated 3.4 percent in the United States in 2018. It was the second-largest annual gain in two decades. The first happened in 2010, when the economy recovered from the Great Recession.

At the time, Elgie Holstein, Senior Director for Strategic Planning of the Environmental Defense Fund, told Salon the report was a “sobering reminder” that the Trump administration is working trying to dismantle previously established safeguards.

“At a high level, we need federal action to put a price and limits on carbon pollution,” Holstein said. “We also need to protect and strengthen existing climate safeguards – like the Clean Power Plan to limit power plant emissions and Clean Car standards – which the Trump Administration has been relentlessly trying to roll back.”

Earlier this month, the Trump administration formally alerted the United Nations that it would withdraw the United States from the Paris Agreement on climate change.