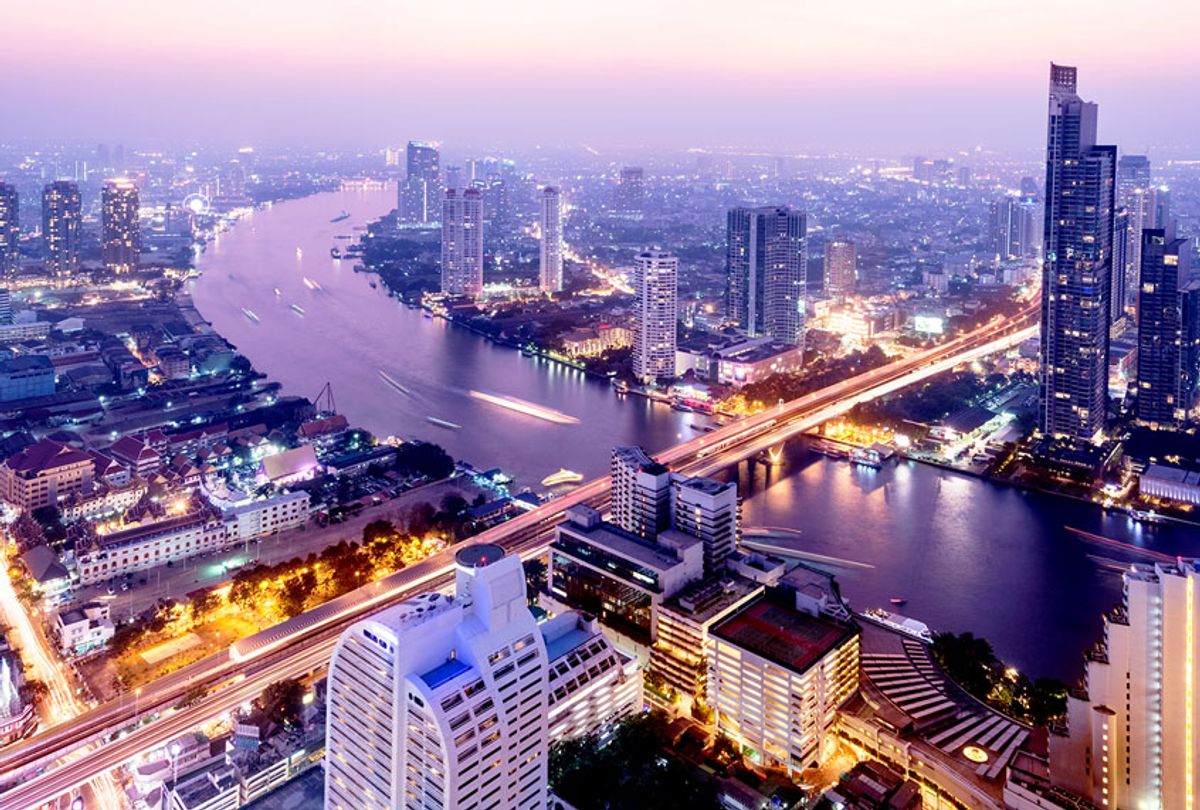 Earth's average temperature has increased by about 2 degrees Celsius since the Industrial Revolution, which is causing a whole slew of problems from intensifying wildfires to melting ice sheets to ocean levels rising. Scientists have urged that humanity must limit further warming to 1.5 degrees Celsius, which is the goal set in the Paris Agreement, or risk catastrophe. While cities drowning due to sea levels rise is sometimes discussed as a worst-case scenario, new research says such doomsday scenarios are all but certain.

A new study published in Nature Communications this week states that an estimated 150 million people are  living on land that will be below the high tide line by 2050. That estimate was previously believed to be around 38 million people.

A handful of major cities around the world could be plagued by annual flooding events as soon as 2050, too.

150 million people represents 2% of Earth's current population, meaning one in fifty humans on Earth live on land that may be submerged within 31 years. Such a migration event would constitute the greatest refugee crises in the history of the planet, dwarfing the refugee crisis resultant of the second world war.

The new estimates were made by scientists at Climate Central, a science organization based in New Jersey. The study states that 70 percent of the total number of people around the world living on vulnerable land are in just eight Asian countries: China, Bangladesh, India, Vietnam, Indonesia, Thailand, the Philippines, and Japan. Specifically, six Asian nations — China, Bangladesh, India, Vietnam, Indonesia, and Thailand — are predicted to be the most vulnerable. The peer-reviewed study states that 237 million people in these countries occupy areas that are highly likely to experience coastal flooding once or multiple times per year by 2050.

This estimate quadruples previous ones used with older elevation data. Traditional elevation measurements use satellites and often struggle to account the difference between the true ground level and the tops of buildings, trees and other elevated structures. Researchers at Climate Central used artificial intelligence to make more accurate predictions.

Even more concerning, the predictions don’t include future population growth or land lost to coastal erosion. In Vietnam, previous estimates showed some scattered parts of southern Vietnam being submerged by a high tide. The latest predictions by Climate Central predict that the entire half of the country will be submerged.  Much of Ho Chi Minh City, which is a major economic hub and home to nearly 9 million people, is part of what is expected to submerge.

In Thailand, Bangkok is especially threatened, according to the study. The Pearl River Delta, in China, Bangladesh and Jakarta, Indonesia, are too. Jakarta has been dubbed the “fastest sinking city in the world,” by the BBC, which has reported how the Indonesian capital of Jakarta is sinking by an average of one to 15 centimeters a year.

Much of Mumbai, India, is at risk of being wiped out as well. Previously, estimates suggested that 5 million people in India would face challenges by sea levels rising, but the new ones suggest it would be around 36 million people.

The study notes that some of the coastal cities will likely see larger proportions of their populations being displaced. Even with lower carbon emissions and stable Antarctic ice sheets, these cities are still expected to be impacted.

“We find that the global impacts of sea-level rise and coastal flooding this century will likely be far greater than indicated by the most pessimistic past analyses relying on [shuttle radar topography],” the study states.  “These results point to great need for the development and public release of improved terrain elevation datasets for coastal areas, for example via the high-resolution imagery and lidar point clouds increasingly collected by satellite today.”

As Salon has previously reported, the oldest and thickest ice in the Arctic has declined by 95 percent over the past three decades.

As scientists at various agencies including NASA have warned, even if humanity stopped emitting greenhouse gases today, global warming would still happen for decades and even centuries.

“That’s because it takes a while for the planet (for example, the oceans) to respond, and because carbon dioxide — the predominant heat-trapping gas — lingers in the atmosphere for hundreds of years,” NASA states.

Responding to climate change, according to NASA, requires a two-tier approach: mitigation and adaptation. Now that the sea level rise is inevitable, adaptation is the only possible reaction to our soon-to-be-submerged cities.