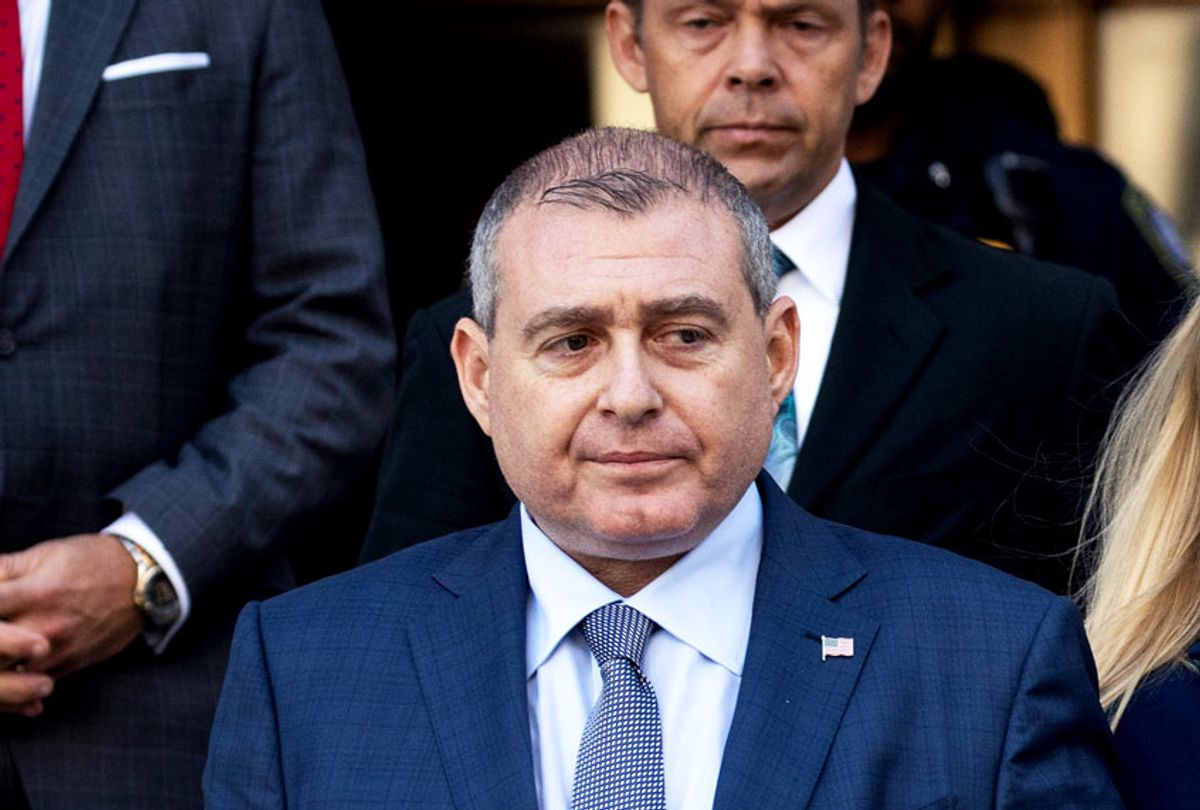 ABC News reported Sunday that Parnas had submitted the materials to the panel in response to a congressional subpoena, though some of the information requested by lawmakers is in the hands of federal investigators in New York. The material reportedly contains audio, video and photos that include Trump and Giuliani, but it remains unclear what exactly what events or conversations were recorded. The committee reportedly obtained the material last week.

"Mr. Parnas has vociferously and publicly asserted his wish to comply with his previously issued subpoena and to provide the House Intelligence Committee with truthful and important information that is in furtherance of justice, not to obstruct it," Parnas' attorney, Joseph A. Bondy, said in a statement Sunday. "His evidence and potential testimony is non-partisan, and not intended to be part of a battle between the left and the right, but rather an aid in the determination by our government of what is in the best interests of our nation."

Parnas, a Ukrainian-born American businessman, was subpoenaed last month by House committees. His associate, Igor Fruman, was subpoenaed at the same time. The two men had previously announced through their attorney that they would comply with the subpoena.

Separate from the House impeachment inquiry, Parnas and Fruman were arrested last month at Dulles Airport near Washington holding one-way international tickets, and were then charged in a criminal campaign finance case in the Southern District of New York. They have been accused of circumventing campaign finance laws against foreign influence by "engaging in a scheme to funnel foreign candidates, campaigns and the candidates' governments," according to the indictment. Both have pleaded not guilty.

According to the indictment, Parnas and Fruman helped orchestrate the ouster of Marie Yovanovitch, the former U.S. ambassador to Ukraine, and aided in efforts to get Ukrainian officials to investigate the president's political rivals — matters at the center of the House impeachment inquiry.

In her testimony before Congress earlier this month, Yovanovitch said the two men had worked with Giuliani "to remove me from [my] post."

"I didn't understand that at all, because I had never met Mr. Parnas and Mr. Fruman, and so it was unclear to me why — why they were so interested — in doing this," she said.

Giuliani's relationship with Parnas and Fruman is itself the subject of a criminal investigation in the Southern District of New York, which Giuliani once headed as U.S. attorney. The case will have its next court date early next month, according to ABC News.

On Friday, Parnas' attorney told reporters that his client would comply with the subpoena and was prepared to tell congressional investigators about a meeting he had with the House Intelligence Committee's ranking member, Rep. Devin Nunes, R-Calif., and a Ukrainian prosecutor, in a bid to dig up politically damaging information on former Vice President Joe Biden, a leading candidate for the Democratic presidential nomination.