Sanders, caught lying to Mueller's investigation, told The Times that being called a liar upset her the most 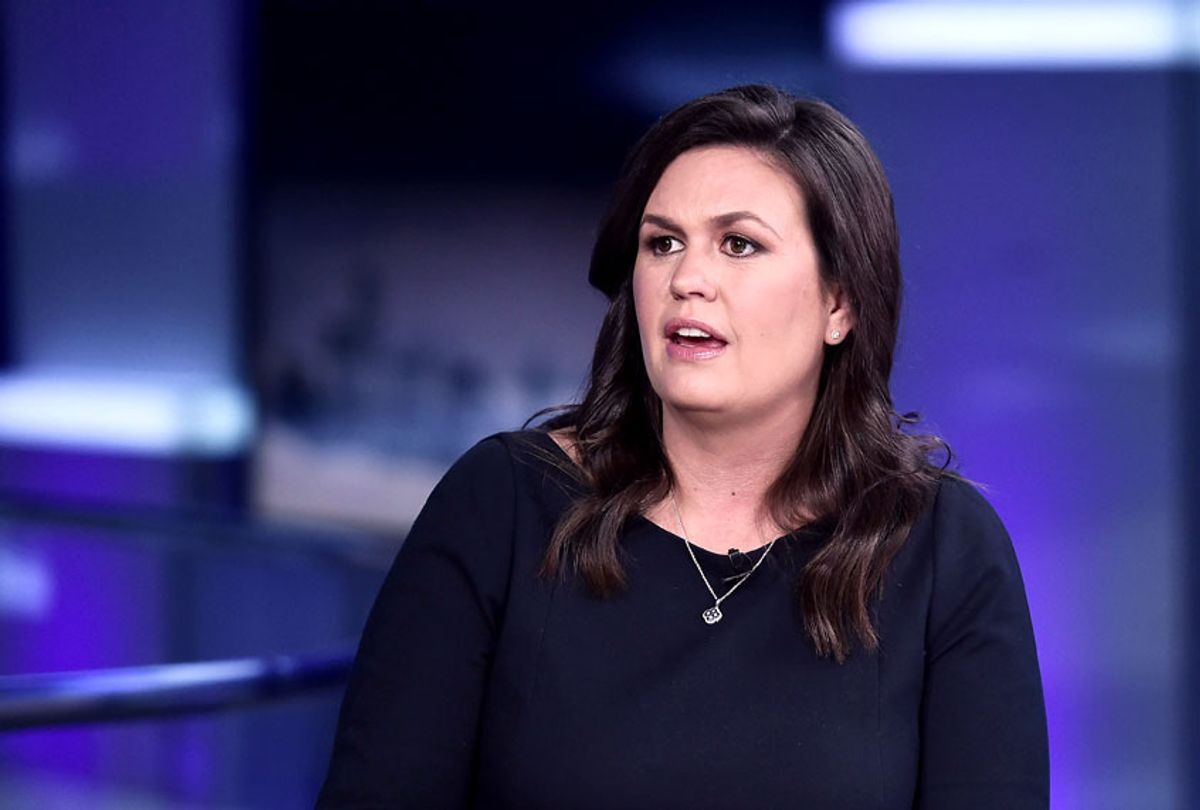 Former White House press secretary Sarah Huckabee Sanders complained that she has been labeled a “liar” by her critics, even after former special counsel Robert Mueller’s report confirmed that she lied to reporters from the podium.

"I was attacked for everything, not just my performance,” Sanders told The New York Times nearly six months after leaving the White House. “I was called a fat soccer mom, my kids were threatened, my life was threatened. It was a lot. I hate harping on it, but to be in the position I’m in and to have Secret Service, that’s not normal.”

Sanders paused and added, “I don’t like being called a liar. The other stuff bothered me far less.”

Sanders earned a reputation as a liar after repeatedly misleading reporters about President Donald Trump’s attempts to obstruct Mueller’s investigation. The Mueller report detailed seven instances in which Trump’s press secretaries lied. Five of the seven lies were told by Sanders. According to the report, Sanders lied about Trump’s firing of FBI Director James Comey, the Justice Department’s role in the firing, and about Trump’s statement on the infamous Trump Tower meeting seeking damaging information on Hillary Clinton.

“Sanders told this office that her reference to hearing from ‘countless members of the FBI’ was a ‘slip of the tongue,’” Mueller’s report said of one instance. “She also recalled that her statement in a separate press interview that rank-and-file FBI agents had lost confidence in Comey was a comment she made ‘in the heat of the moment’ that was not founded on anything.”

Despite her contentious tenure as press secretary, Sanders returned to her home state of Arkansas a conservative star. She received a warm welcome at the Lincoln-Reagan Day Dinner in Hot Springs, Arkansas last week.

“I’m just excited to have people clap when I come up to a podium,” she said on stage. “It’s very different from what I’m used to. All I can say is thank God I’m back in Arkansas.”

Trump supporters who turned out don’t see her as a liar and, ignoring the copious evidence of non-stop falsehoods flowing from the White House, instead view her as a truth-teller.

“The main thing I like about her is her honesty,” small business owner Carla Shelton told The Times. “She got a bad rap because people are offended that she does tell the truth. I’m 100 percent behind her.”

Sanders, who plans to help with Trump campaign events in 2020, said that she plans to use her pro-Trump credentials to appeal to voters in a state that voted for the president by a 27-point margin.

“If he wins, there’s a solid base and people will come in and be helpful,” she said. “If he loses, people will be angry and they will want to rally around Trump people.”

The Times noted that while other Trump aides have left the administration in disgrace, Sanders “appears to be living her best life back home.” She recently bought a “sprawling” home in Little Rock’s wealthiest neighborhood where she just finished building an in-home studio so she can appear on Fox News, where she now works as a contributor. Sanders is also working on a memoir and getting plenty of work as a paid speaker and corporate consultant.

Sanders appears to be plotting a bigger move. Sanders is “giving every indication that she plans to run” for governor of Arkansas, a position held by her father Mike Huckabee from 1996 to 2007, The Times reported. The position will be open in 2023 and her husband told The Times that the family plans to make a final decision by 2021.

With her mind on her future, Sanders continues to make factually dubious statements to defend Trump in her role as a Fox News contributor against even the most trivial allegation. On Sunday, she was asked about a claim made in a new book, by an anonymous White House official who claims to be part of an internal “resistance,” that Trump complained that White House briefing documents were too long to read and demanded that briefings be reduced to a couple of bullet points. "What the f*** is this? These are just words. A bunch of words. It doesn't mean anything,” the book claims Trump shouted after being handed a White House document.

Sanders told Fox News on Sunday that not only is the report untrue but Trump is actually the greatest reader.

"I've watched him consume massive amounts of information, process it quickly and make decisions… He reads more than anybody I know,” she claimed. “Every single foreign trip we actually would laugh about the fact he has boxes upon boxes, file boxes where he reads for hours. The rest of us want to take a break, we wanna sleep, the president works the entire time."

While there is no Mueller report section that disproves that claim, former top Trump economic adviser Gary Cohn told a reporter in 2017 that “it’s worse than you can imagine … Trump won’t read anything—not one-page memos, not the brief policy papers, nothing. He gets up halfway through meetings with world leaders because he is bored.”

Since then, The New York Times reported that National Security Council members were instructed to keep policy papers to a single page with lots of images.

In fact, Sanders’ claim appears to have been debunked by the president himself. Trump told Axios in 2017 that he prefers his briefings “short” and “ideally one-page.”

"I like bullets or I like as little as possible,” he said at the time. “I don't need, you know, 200-page reports on something that can be handled on a page. That I can tell you."