Trump is angry he's lost Matt Drudge, the reclusive founder of one of the most powerful news aggregation sites 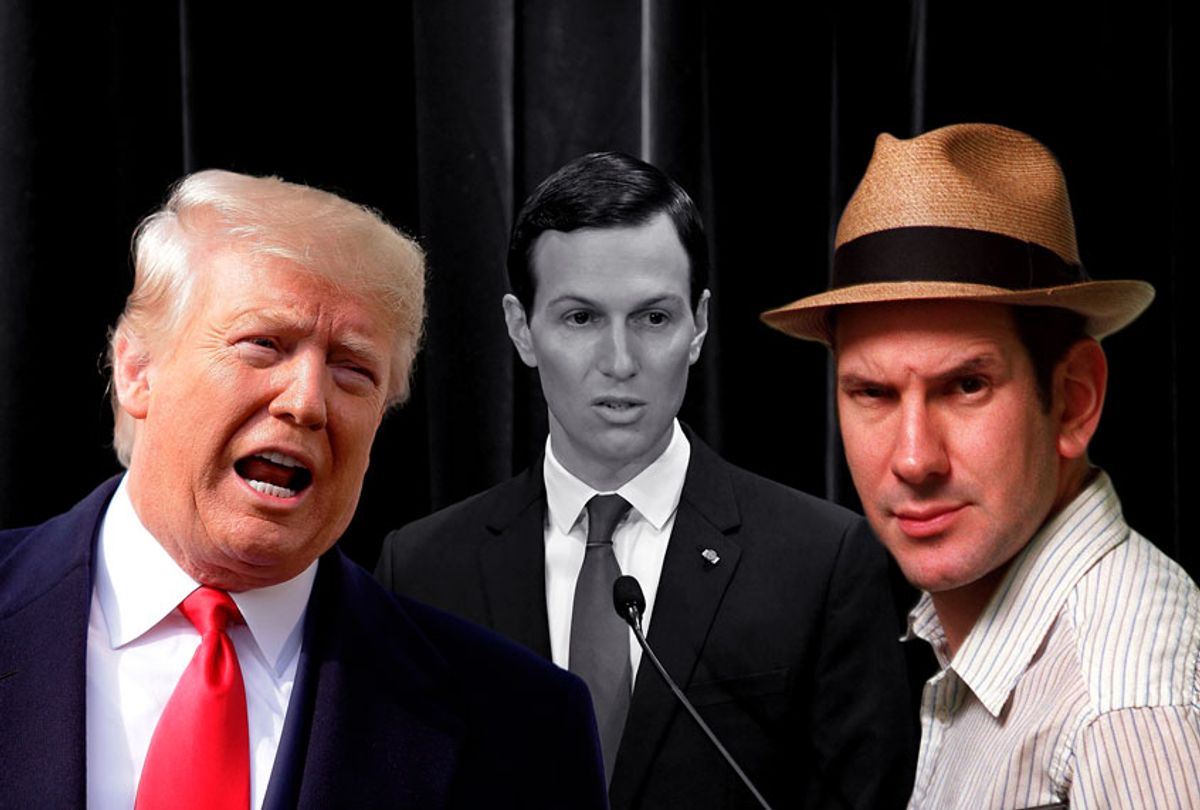 President Donald Trump has directed Jared Kushner, his son-in-law and White House adviser, to check in with Matt Drudge, the reclusive founder of one of the most powerful media aggregation sites in the country, as lawmakers in the House of Representatives angle toward an impeachment vote by the end of the year.

Though Trump has received plenty of favorable coverage in conservative media, the Drudge Report has appeared to sour on Trump, prompting the president to ask his allies "What's going on with Drudge?", The Daily Beast reported over the weekend, citing a person with knowledge of the president's private remarks. In recent weeks, Trump even asked Kushner, who has reportedly had a friendly relationship with the site's founder, to "look into it" and reach out to Drudge. It is unclear if Kushner has done so, The Daily Beast noted.

The president's concern over Drudge's coverage of the impeachment proceedings suggests he is privately worried that his GOP allies — on Capitol Hill and in conservative media — will break from him as Democrats ramp up their efforts to remove him from office for pressuring Ukraine to investigate former Vice President Joe Biden and his son, Hunter, as well as an unsubstantiated theory that Ukraine interfered in the 2016 election.

In the past few months, Trump has repeatedly complained that conservative media and congressional Republicans haven't done enough to protect him amid the deepening scandal.  He has even made moves to secure support from individual Senate Republicans, who will have to vote on whether or not to convict and remove him from office.

The president most recently criticized Fox News, one of his most loyal defenders in the media, for interviewing several House Democrats who support impeachment. He argued on Twitter that the conservative network "should stay with the people that got them there, not losers!"

But Drudge's apparent criticism of the president is different. As The Daily Beast's White House reporter Asawin Suebsaeng explained, "Due to its huge audience, the site wields massive influence not just in conservative media, but in driving media narratives and political conversation among legacy newspapers and mainstream media publications as well. It's so well read that even Hillary Clinton's 2008 campaign attempted to forge a relationship with Drudge to try to pacify him from efforts to destroy her presidential bid." (This is ironic, Suebsaeng noted, because the Drudge Report rose to prominence by breaking the news of former President Bill Clinton's affair with White House intern Monica Lewinsky in 1998.)

Trump's private concerns about Drudge's change in tone toward the president hasn't gone unnoticed by those in the president's inner circle, including his 2020 campaign, West Wing staff, conservative and longtime friends and associates, per The Daily Beast. Some have even expressed their concern over Drudge's coverage directly to the president.

Jim Hoft, the founder of prominent right-wing blog Gateway Pundit, published a blog post in September titled, "What Happened to Matt Drudge?" In the post, he contends that the website has taken a "pro-impeachment slant," and urges Drudge to "please come home."

Jerome Corsi, a prominent right-wing conspiracy theorist, has repeatedly tweeted about the change in Drudge's tone alongside the hashtag "#DumpDrudge." He has argued that Drudge has "lost his mind," "turned left" and become a "leftist hack beating [the] impeachment drum."

Rush Limbaugh, a friend of Drudge, also commented on the matter. In late August, he told a caller that he's repeatedly been asked about the matter.

"My email inbox every day, 'What's happening to Drudge, Rush?'" Limbaugh said. "And I tell people, 'Have you heard of clicks?'"

Earlier this month, Fox News host Jesse Watters, a friend of the president, said on-air, "The Drudge Report is my favorite website . . . very fair, very aggressive, very bold," before pointing to the recent negative Trump stories that have appeared on the site. "You know, that's what you log on to CNN.com for. . . . It just seems like the website has recently played up Trump gaffes and downplayed his success."