The modern Republican Party has descended into lawlessness and lunacy. Most mainstream reporters won't say that 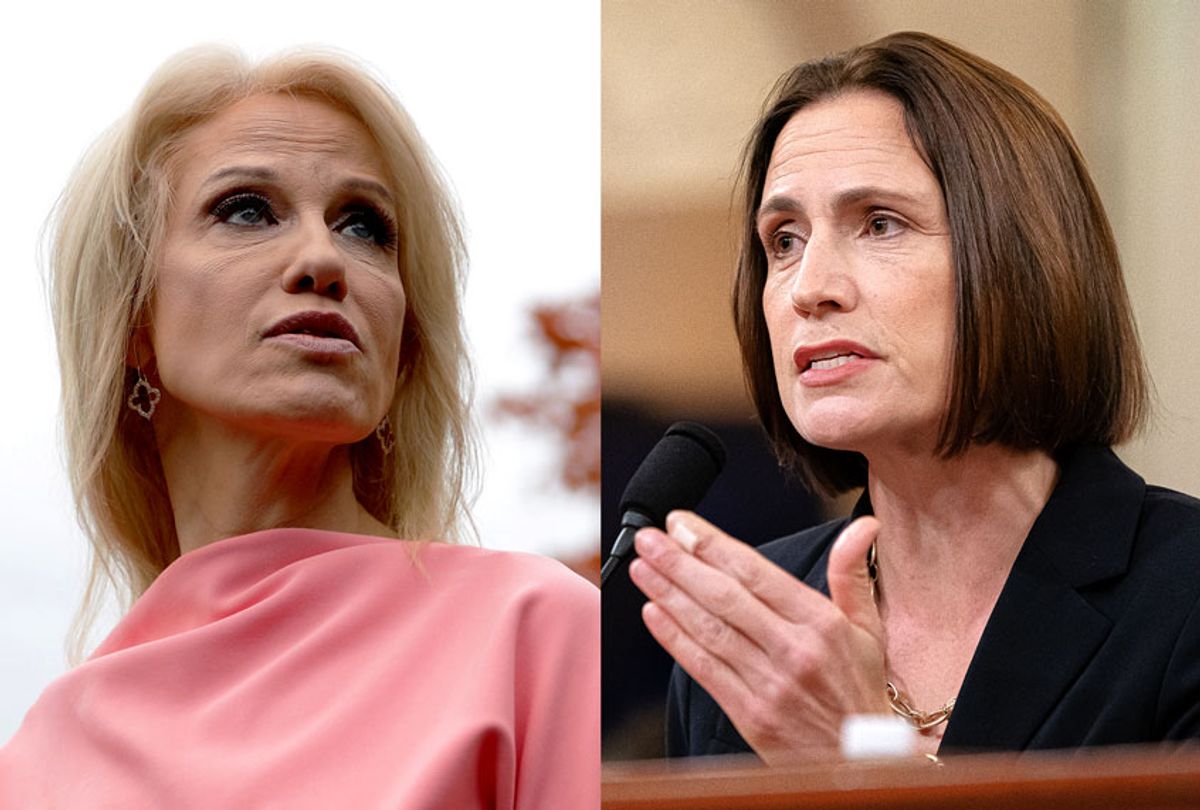 After two weeks of gripping testimony that established Donald Trump’s flagrant abuse of power beyond any reasonable doubt, after an effectively uncontested accusation that Republican conspiracy theories about Ukraine advance a Russian agenda, and after the ostensibly “moderate” members of Trump’s party actually hardened their support for the president, there is precisely one huge, overarching news story that demands to be written: That the GOP has fully descended into lawlessness and lunacy.

But our elite political reporters simply can’t bring themselves to say so. Over in the opinion sections, it’s a cacophony, almost entirely across the political spectrum. But in the news columns, it’s just another story with two sides and reporters aren’t taking either one.

The top of Greg Miller’s Washington Post article about Fiona Hill’s testimony was an extraordinary — possibly legendary — example of both-sides-ism, in which Miller tried to recast Hill’s blistering indictment of Republicans into a commentary on “the insidious forces — including the spread of conspiracy theories — infecting American politics.”

Miller wrote that Hill put the “unfolding Ukraine scandal in a broader political context” with her warnings “that the country’s susceptibility to baseless allegations and partisan infighting are more than unfortunate byproducts of this political era.”

And “above all, she spoke with palpable concern about the extent to which partisanship in the United States’ political system has weakened the country’s ability to agree on objective reality. ‘Our nation is being torn apart,’ she said. ‘Truth is questioned.’"

But as even Miller finally had to acknowledge, Hill’s testimony was actually “a bristling rebuke of Republican lawmakers — and by extension Trump — who have sought to sow doubt about Russia’s interference in the 2016 U.S. election.”

“Some of you on this committee appear to believe that Russia and its security services did not conduct a campaign against our country — and that perhaps, somehow, for some reason, Ukraine did,” Hill said. “This is a fictional narrative that has been perpetrated and propagated by the Russian security services themselves.”

There was no equivalent critique of Democrats. This is not “the country’s susceptibility” — it is the Republicans’.

For a model of good coverage, look instead at how Lisa Mascaro, Mary Clare Jalonick and Eric Tucker covered Hill’s testimony for the Associated Press without any such attempts to impose false balance.

Nothing to see here

How jaded do you have to be to conclude that after an epic, historic two weeks of testimony, the needle hasn’t moved?

According to Peter Baker at the New York Times, “Trump was acting as if nothing had changed.” And “In a way, it had not”:

Everyone is playing their assigned role in a drama where the ending seems known in advance as the House of Representatives heads toward a likely party-line vote to impeach the president, followed by a Senate trial that will not convict him.

When it was all over and the witnesses had testified and the speeches were done, President Trump pronounced himself satisfied with the show. “We had a tremendous week with the hoax,” he declared on Friday as he addressed a room of collegiate athletes. “That’s really worked out incredibly well.”

Sure, that’s what Trump said. But Gabby Orr wrote for Politico, more credibly, that Trump is obsessed and terrified:

Six current administration officials and people close to the president described Trump as increasingly interested in how the investigation is affecting his political standing, and more paranoid than ever about Republican defections.

Will Stancil, a legal researcher and freelance writer, tweeted:

Marc Fisher and Mike DeBonis wrote a long article in the Washington Post that was sympathetic to House Republicans on account of how Trump’s own statements keep making it tougher for them to defend him – as if they had a good argument to make if Trump just didn’t tweet so much.

The president’s unsupported attacks on some of the key witnesses appearing over the past two weeks before the House Intelligence Committee not only surprised many of his Republican allies but also contradicted the narrative that they had settled on to describe why Trump’s actions in the Ukraine controversy do not justify his removal from office.

There were a few illuminating quotes in the story about the tough spot the Republicans are in. Here’s one acknowledging that he has no idea what Trump means, but is nevertheless a slave to the president’s base:

“His comments complicate things,” said Rep. Tom Cole, R-Okla., “and in some cases, it’s excessive, but you’ll hear members saying it’s just Trump being Trump. He is just different, such a unique figure, and that’s one reason he won. Traditional politicians, including me, have a difficult time figuring out what he means. But the president is probably as popular as any Republican president has been within the party. When we go home, the criticism you get is for not being forceful enough in defending the president. Every Republican here knows the reality.”

Reporters understand what’s going on. They’re not stupid. So, for instance, Maggie Haberman accurately summed up Trump’s defensive tactics for the New York Times on Friday:

But her article wasn’t a condemnation. No, it was just a look-ahead to the Senate phase.

CBS’s “Face the Nation” invited inveterate liar and spinner Kellyanne Conway onto the show Sunday, despite growing discontent about news organizations offering people like her access to live TV.

And host Margaret Brennan really needs to change her default response from “Right” to something else. Maybe: “Seriously?”

Conway: They didn't hear anybody say when they were asked bribery? No. Extortion? No. Quid pro quo for the aid? No. Preconditions for a meeting? Did the president commit a crime? No, no, no every time. The closest they got to it was Sondland in his prepared remarks saying he thought there was a quid pro quo for a meeting.

Conway: They had the meeting on Sept. 22 in New York. And also the aide went to Ukraine earlier than that.

This tweet from a librarian with 362 followers had more than 13,700 likes: