You have a moral responsibility this impeachy Thanksgiving: Talk it out with reality-deprived loved ones 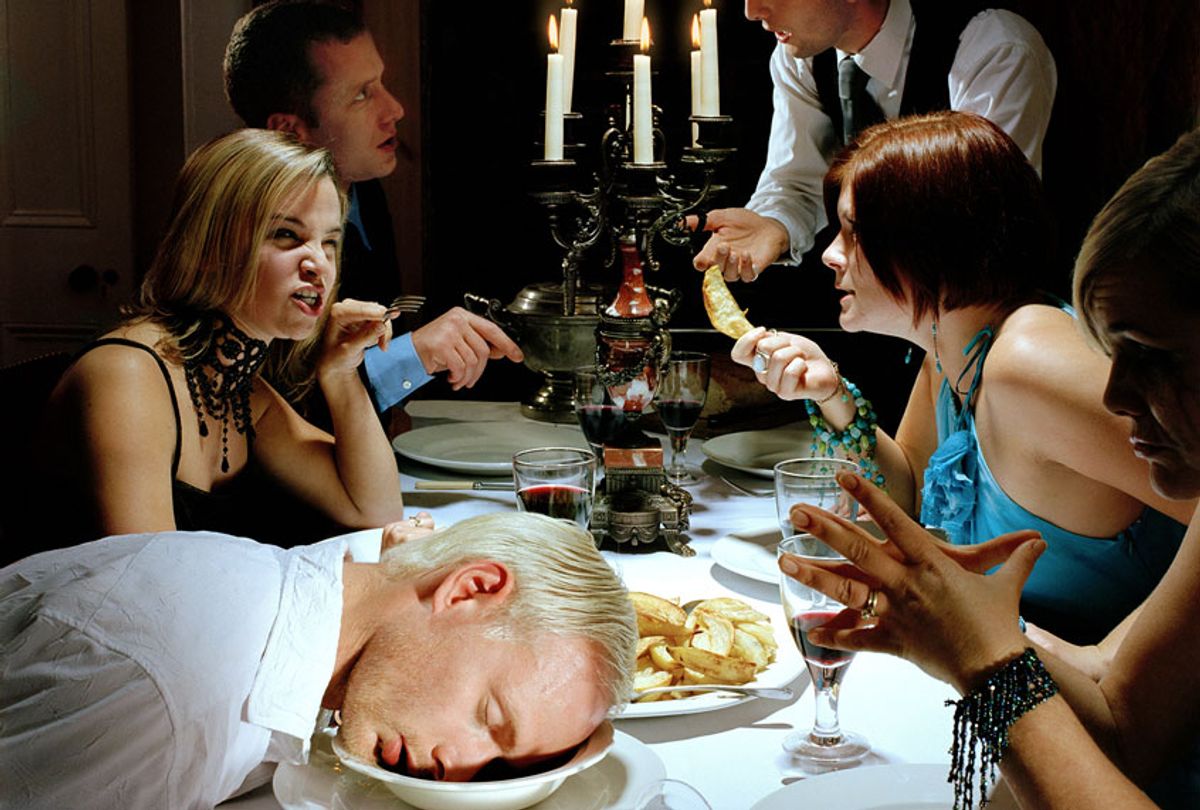 Everybody says don’t fight about politics over the family Thanksgiving dinner table – and people rarely do. But I think it’s your national duty to do exactly that — and to report back. Especially if you make any headway with your reality-denying MAGA relatives.

There is no phenomenon that should alarm thinking, reality-based Americans more than the toxic brew of know-nothingism, Fox News and right-wing social media that has infected our politics. By untethering people from reality, it literally endangers our democracy. It’s also a horrible thing to happen to a human being.

So there is no more urgent task than figuring out how to approach people who believe whatever Trump tells them and somehow get them to reopen their minds and acknowledge basic facts.

So far, our pundit and political-journalist classes have been stumped about how to accomplish that, if it’s even possible. Some think it’s not.

For instance, there was once a lot of hope that fact-checking could persuade people to disbelieve disinformation. Now we realize it’s preaching to the converted.

But there must be a way to get through to at least some of them.

And if there was ever a task made for crowdsourcing, this is it.

There are some reasons for cautious optimism.

Sure, a great deal of Trump know-nothings are fueled by racism and a profound lack of empathy, but that doesn’t mean they have to become climate-change denialists or support tax cuts for corporations.

A goodly chunk of know-nothings are probably just behaving tribally — that’s all they hear from their news sources, from their community, and from their friends. But that doesn’t mean they’ve lost their capacity to think logically. Perhaps you have a shared experience you can work from.

There is, objectively, a lot of evidence that the system is rigged — and not in favor of poor brown or black people.

It will be key, as with most things human, to listen — or at least to start by listening. Don’t make the same mistake too many red-state-diner-visiting journalists do and only ask where your target stands. Ask how they got there. Figure out when they started to float away.

If they say they don’t know what to believe anymore, work backwards to what they still believe, and start from there.

And report back, using the hashtag #TalkingTurkey, and/or by emailing me at froomkin@gmail.com. Especially if you have any luck.

If you’re a reality-based person, you probably don’t ordinarily have occasion to talk to real know-nothings at any length. Our two communities almost never overlap, because of self-selection.

But as they say, you can’t pick your family! So it’s a unique opportunity. Take advantage of it. Maybe you can save your democracy.