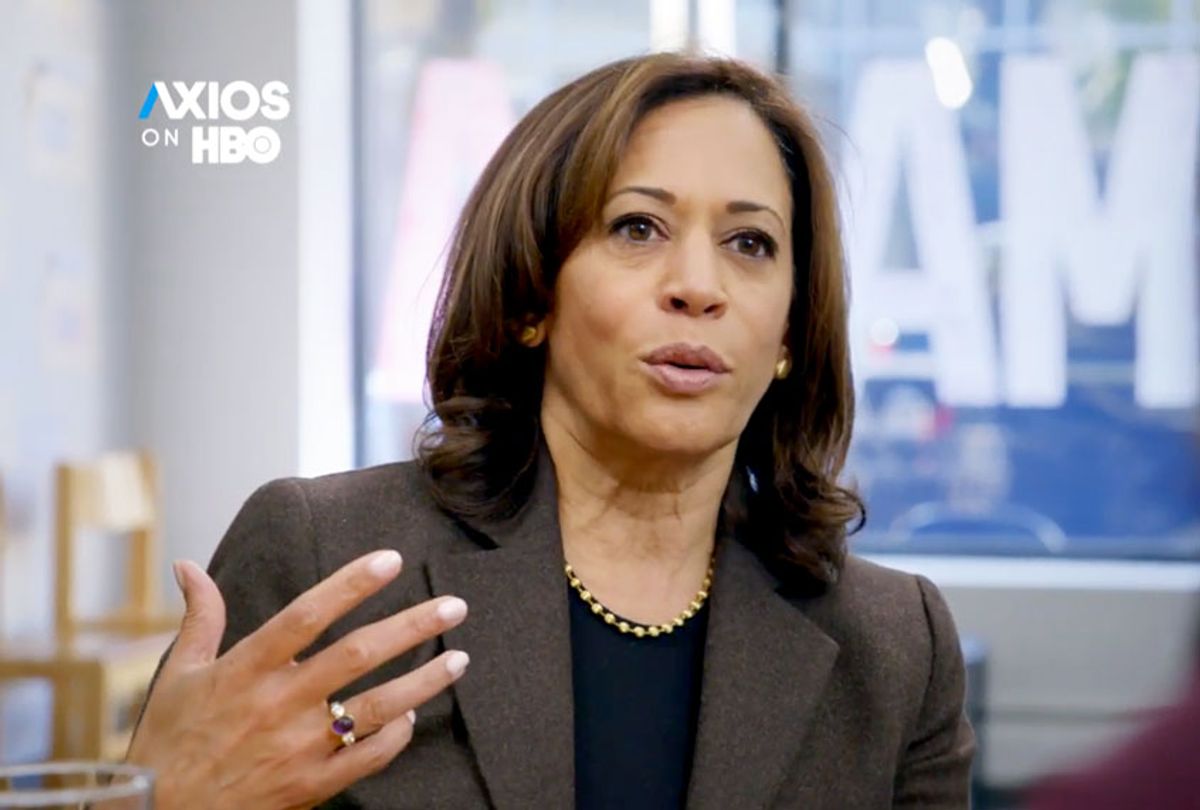 A resignation letter written by Kelly Mehlenbacher, who at that time was a staffer for Democratic presidential candidate Sen. Kamala Harris of California, blasted the campaign for laying off aides with no notice and said that "this is my third presidential campaign and I have never seen an organization treat its staff so poorly."

Mehlenbacher, who had worked as the campaign's State Operations Director, wrote in a letter first published by The New York Times that while she still believed Harris was "the strongest candidate to win" in the 2020 presidential election, she had lost confidence in the campaign and its leadership. "The treatment of our staff over the last two weeks was the final straw in this very difficult decision," Mehlenbacher wrote.

Mehlenbacher cited as a specific example the fact that staffers were encouraged to move from Washington, DC to Baltimore only to be laid off with no notice "and without thoughtful consideration of the personal consequences to them or the consequences that their absence would have on the remaining staff. It is unacceptable that we would lay off anyone that we hired only weeks earlier." She also said that the campaign had not learned from its mistakes and as a result had been "making the same unforced errors over and over." The letter said that Mehlenbacher would be leaving the campaign effective as of Saturday.

Last week Mehlenbacher, who worked as treasury manager for former Secretary of State Hillary Clinton's 2016 presidential campaign, was hired by the campaign of former New York City Mayor Michael Bloomberg, according to Politico.

In an article accompanying the published letter, The New York Times described Harris' campaign as being in a state of disarray. Many of her advisers said that she has been unable to make up her mind about whether to go on the offensive against her rivals, as well as decide whether she should side with the liberals or the moderates in the Democratic Party's ongoing internal ideological feud. There were also criticisms directed at the two people running Harris' campaign, her sister and campaign chairwoman Maya and campaign manager Juan Rodriguez.

Harris' current political woes are a major fall from her standing in July, when she rocketed to the top tier among Democratic presidential candidates after a strong performance in a June presidential debate. She rose from 7 points as of June 29 to 14.7-15.2 points from July 3 to July 13, according to RealClearPolitics.com. Her decline began in mid-July and, according to advisers who spoke with the Times, was accelerated by her seemingly insufficient response to criticisms of her prosecutorial record during the July debate from Rep. Tulsi Gabbard of Hawaii. During that exchange Gabbard said that Harris "put over 1,500 people in jail for marijuana violations and then laughed about it when she was asked if she ever smoked marijuana. She blocked evidence that would have freed an innocent man from death row until the courts forced her to do so. She kept people in prison beyond their sentences to use them as cheap labor for the state of California."

Harris did not directly respond to Gabbard, instead taking credit for "significantly reforming the criminal justice system of a state of 40 million people, which became a national model for the work that needs to be done." The exchange continued with Gabbard saying Harris should apologize to people she had wronged as prosecutor and Harris discussing her opposition to the death penalty.