Here's how to add apple butter to your decadent holiday cocktails 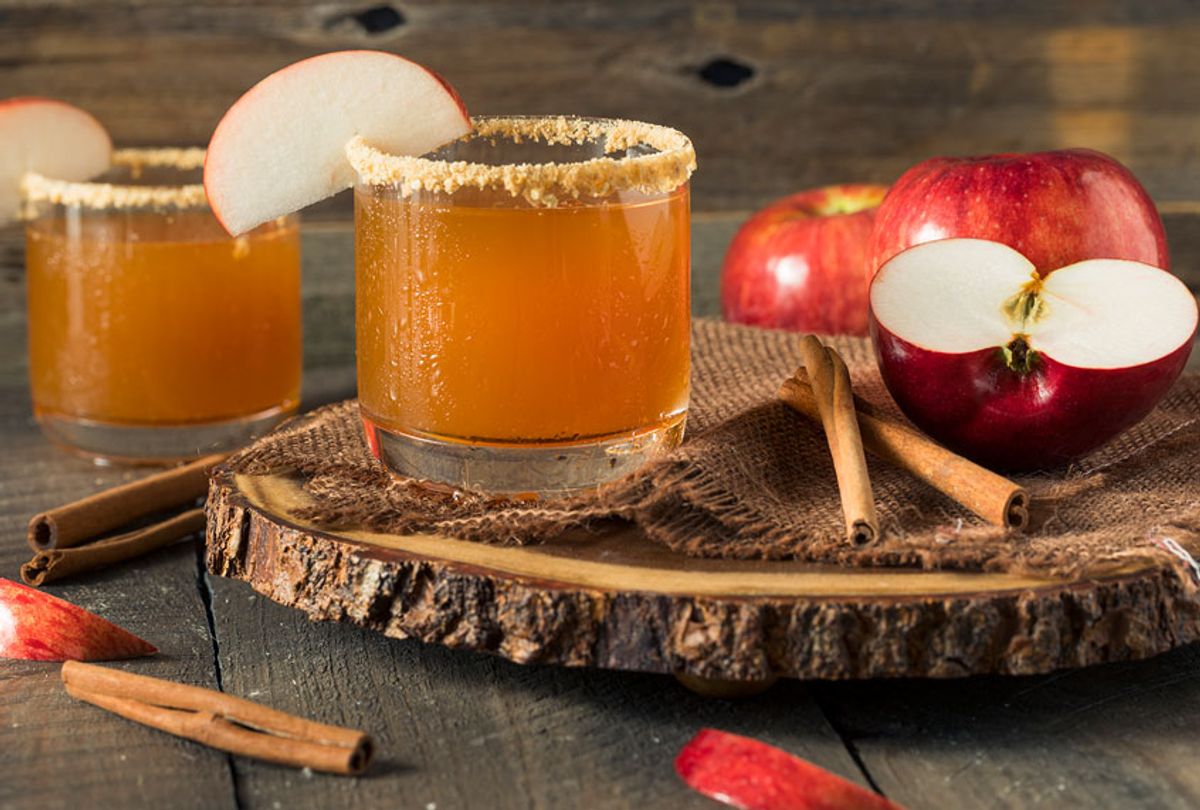 Last fall, Nashville House, a storied family-style restaurant and country store in Nashville, Ind., announced that it would be closing after 91 years in business. “In a few days, you’ll no longer be able to smell fried biscuits wafting from the corner of Main and Van Buren,” the announcement in the local paper began.

My boyfriend, Stephen, and I had only been dating for a few months, but together we took the flat, gray drive up to the small Midwestern tourist trap of a town — filled with rows of cottage-like shops peddling tie-dye t-shirts and artisan wind chimes — with a singular mission: clean out Nashville House of any remaining jars of apple butter.  For the uninitiated, apple butter is essentially concentrated apple sauce, but the way it's prepared and cooked makes it caramelized and spreadable. It's far more intense . . .  and decadent.

By the time we arrived, the store was almost completely picked over. The candy barrels were running low, a cashier was sweeping up a punctured bag of grits, a customer was waiting in line with ropes of black licorice wound around his arms and a cast-iron skillet in each hand. Jars of fruit butter were held behind the counter, out of the customers’ reach much like cigarettes at a convenience store; there was a loose limit on how many you could buy.

“Try and leave some for the people behind you,” the lead cashier, a woman with frosty blonde hair and an immaculate ruby manicure, commanded. We ultimately left with six jars of fruit butter — four apple, two peach — and have spent this last year eating through them. Initially, we used it sparingly, but six jars actually goes a long way, even when slathered on biscuits and toast (or just eaten by the spoonful).

There’s one jar of Nashville House apple butter left in our kitchen, and there’s a sense that we need to do something special with it. I wasn’t totally sure what — apple stack cake was a strong contender — until I tried the Fall 75 cocktail at The Corner Kitchen in Asheville, NC.

“The Fall 75 is a Corner Kitchen twist on the French 75, which is typically a combination of gin, lemon, simple syrup, and champagne,” said Rachel Henry Morgan, the general manager of Corner Kitchen.

In their version, Morgan subs in apple butter for the simple syrup. It’s a tiny change, but it makes a huge difference, imbuing the cocktail with a really pleasant, cinnamon-y complexity. They use local apple butter from Imladris Farms in Fairview, NC., but as kitchen icon Ina Garten would say, “store-bought is fine.”

Using apple butter in cocktails comes with a lot of the same benefits of using jams behind the bar — they pack a fruit, sweet punch to drinks without a lot of effort (for more on that, I’d recommend reading Sheela Prakash’s primer on the topic for Epicurious).

But there are a few things to consider before you start just spooning the stuff straight from the jar into your glass.

1. Apple butter, like any fruit jam, isn’t just a straight sugar substitute; it has a subtle pucker of acid as well. Keep this in mind when adjusting both your sweetener — be that actual sugar, other fruit juices or simple syrup — and any acidic elements in your cocktail, like lemon and lime juices or shrubs. Since each fruit preserve is going to be made differently, it’s a tasty process of trial and error.

2. There’s the cinnamon component of apple butter to contend with when mixing it into cocktails, so you’re going to want to experiment with spirits that work well with that. Gins with heavy citrus, for example will work well (but, as I found out, gins that lean into cucumber aromas make for a less appealing pairing). Spiked apple cider is another way to go.

And, according to Morgan, “Try it with bourbon and it won't disappoint.”

3. Consistency — the actual texture of apple butter — is key. This is a shaken, not stirred situation so that you don’t end up with globs of apple butter floating in your cocktail.

A good cocktail to practice with is The Corner Kitchen’s tried and tested Fall 75, which is celebratory enough to earn a place on your holiday table (or in my case, break open my last jar of Nashville House apple butter), but easy enough to put together that it also works as a seasonal nightcap.

Shake together and strain into flute

Top with sparkling wine and garnish with a dried apple slice.