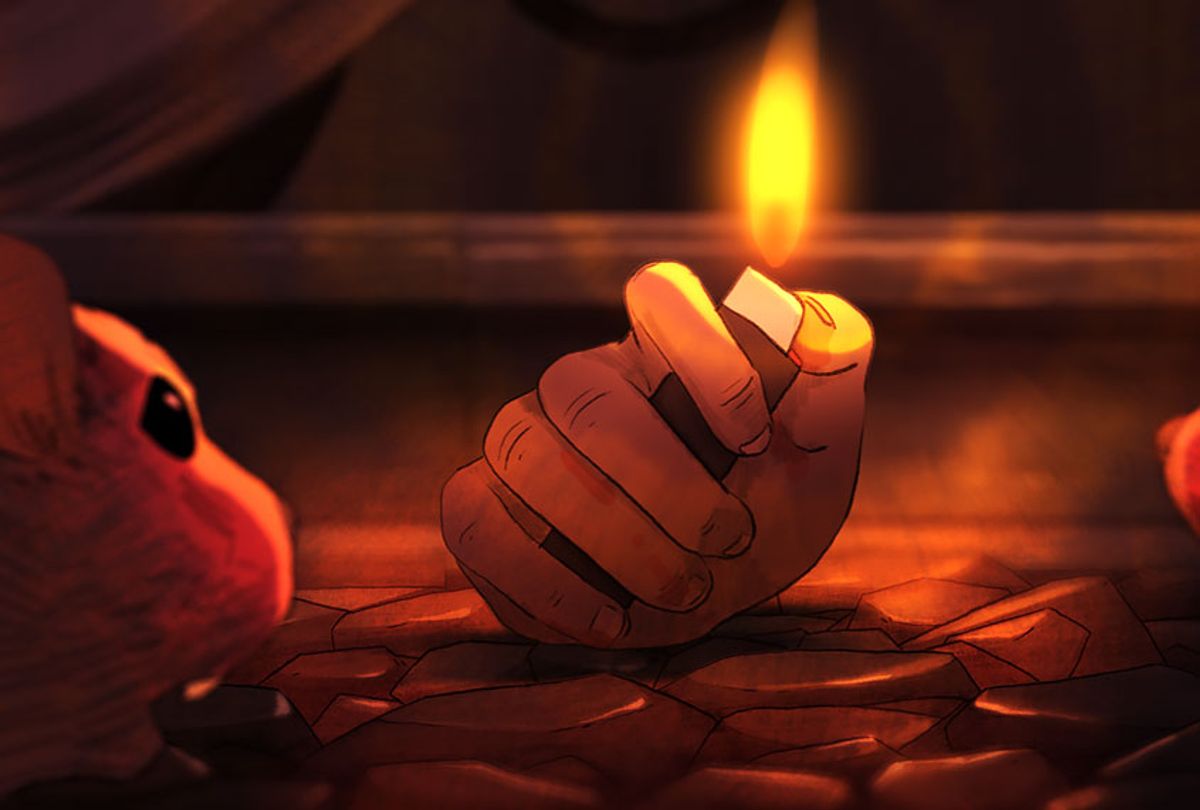 Until I watched “I Lost My Body,” I never thought I’d sit with bated breath, rooting for a severed hand — which is wearing a discarded ravioli can as armor — to defy the laws of physics and hurl itself up a ladder rung by rung. It’s a jarring, almost humorous scene; but in the context of what is one of the most utterly unique animated features of the year, it’s an image that soars above horror movie tropes and any easy “Addam’s Family” references I was primed to make.

Directed by Jérémy Clapin and first-time animated film winner of the Nespresso Grand Prize at the Cannes Film Festival, “I Lost My Body” is an 81-minute film about this hand on a mission who once belonged to a man left significantly unmoored. It opens on an image of The Hand lying in a pool of blood, the first moment it was free of its body. We don’t know how it got there, but in a series of hazy, gray flashbacks, we see the hand engaged in a variety of normal tasks — sifting through sand on the beach, grasping a toy, reaching for a nostril.

As The Hand awakens and begins his five-fingered trek across Paris, more of the story of its person unfurls. It used to be attached to Noufel, a struggling pizza delivery man whose happy childhood was interrupted by a tragedy that left him in the care of uninterested relatives.

The film continues in this vein, the result being a beautifully braided narrative that switches between the perspective of the now-sentient Hand, Noufel’s adult life, his chance encounter with an intriguing woman named Gabrielle, and Noufel and The Hand’s shared childhood. What emerges from this structure is an ethereal, almost dreamlike mediation on loneliness, isolation, and belonging.

The Hand, in its current state, obviously doesn’t belong in the world — though it navigates it with a sense of purpose. Much of the magic in “I Lost My Body” is found in The Hand’s ingenuity: using a lighter to fend off rats, floating from building-to-building with the aid of an umbrella, wearing the aforementioned ravioli can in the fashion of a hermit crab to traverse the city unnoticed. Noufel, meanwhile, shares similar feelings of detachment, but his existence remains more or less static.

“I Lost My Body” is also a macabre story of how our senses are tied to memory.

Touch is an obvious one, but much of Noufel’s existence, as well as that of his love interest Gabrielle, is centered around audio. Even as an adult, he is obsessed with a tape recorder his parents gifted him, on which he plays one tape on loop (this is later revealed to be a recording of a significant moment in his life).

Revelations like this  — and even those that are far less dramatic — are equally gutting in the context of this film because they all serve a certain central tension: a potential reunion between The Hand and Noufel. But whether this is actually achieved almost doesn’t matter in this singularly strange journey into the human condition and who we become when we are no longer fully ourselves.

"I Lost My Body” is now streaming on Netflix.