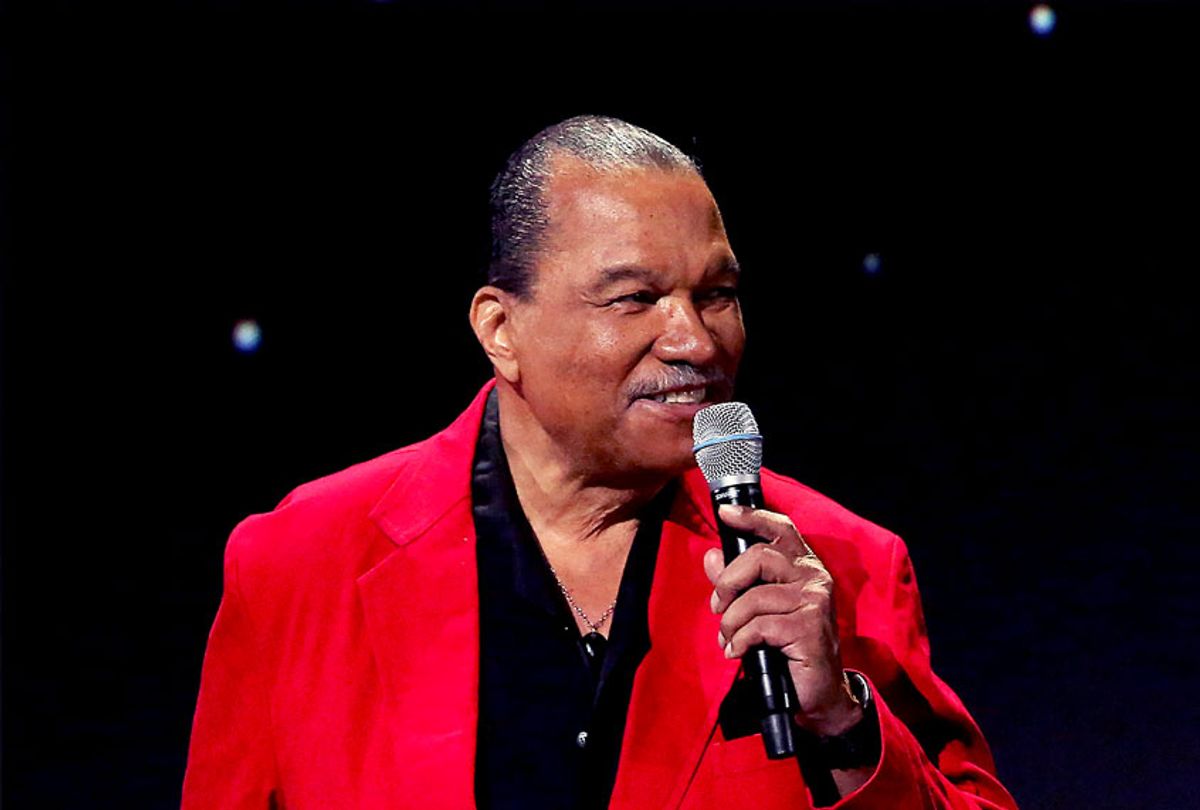 Billy Dee Williams, who played Lando Calrissian in the 1980 movie “The Empire Strikes Back” and the 1983 film “Return of the Jedi,” is back to promote his new film “The Rise of Skywalker.” During a recent interview the actor used both masculine and feminine pronouns referring to themself while discussing their upcoming movie, “Star Wars: The Rise of Skywalker.”

In a quote near the beginning of the interview, Williams told Esquire that “I never tried to be anything except myself. I think of myself as a relatively colorful character who doesn’t take himself or herself too seriously.”

Later Williams drew attention to the earlier use of masculine and feminine pronouns by saying, “And you see I say ‘himself’ and ‘herself,’ because I also see myself as feminine as well as masculine. I’m a very soft person. I’m not afraid to show that side of myself.” It should be noted that the actor still did use binary pronouns, instead of using the non-binary "they/them."

When Esquire pointed out that Donald Glover discussed incorporating gender fluidity into the younger version of the Lando for the prequel "Solo: A Star Wars Story," Williams responded, “Really? That kid is brilliant—just look at those videos," referencing Glover’s “This Is America” music video, which he performed under the stage name Childish Gambino.

Perhaps Williams’ attitude was foreshadowed by his answer to a question about how to be cool: “Be yourself.”

The interview also reflected on Williams’ significance as a barrier-breaker in cinematic history.

Williams’ interview does not mark the first time that the “Star Wars” franchise has identified itself with inclusion. Earlier this year it was revealed that the characters of Flix and Orka from the show “Star Wars Resistance” were gay, and the screenwriter for “Solo: A Star Wars Story” confirmed to HuffPost last year that the Lando character was written to be pansexual. Regarding Lando’s sexuality, Glover told Entertainment Weekly that “there’s so many things to have sex with. I mean, serious. I didn’t think that was that weird. Yeah, he’s coming on to everybody.” He added, “I feel like if you’re in space it’s kind of like, the door is open! It’s like, no only guys or girls. No, it’s anything. This thing is literally a blob. Are you a man or a woman? Like, who cares? Have a good time out here.”

The series has also faced prejudiced backlashes. When John Boyega, who is black, was announced as a star in “Star Wars: The Force Awakens,” white nationalists boycotted the movie by citing his casting as the equivalent of “white genocide.” Kelly Marie Tran, a woman of East Asian descent who played Rose Tico in “Star Wars: The Last Jedi,” faced racist and sexist backlash due to her appearance in the movie. “The Last Jedi” also faced a sexist backlash because of the presence of strong female characters including Tico and Admiral Holdo (Laura Dern). These responses were attributed in part to a growing racist and sexist movement within nerd culture that has led to backlashes against properties ranging from “Star Wars” movies to the 2016 “Ghostbusters” reboot.

"Star Wars: The Rise of Skywalker” arrives in theaters on Friday, Dec. 20.