In another step toward inclusion, the "Star Wars" universe adds an openly gay couple 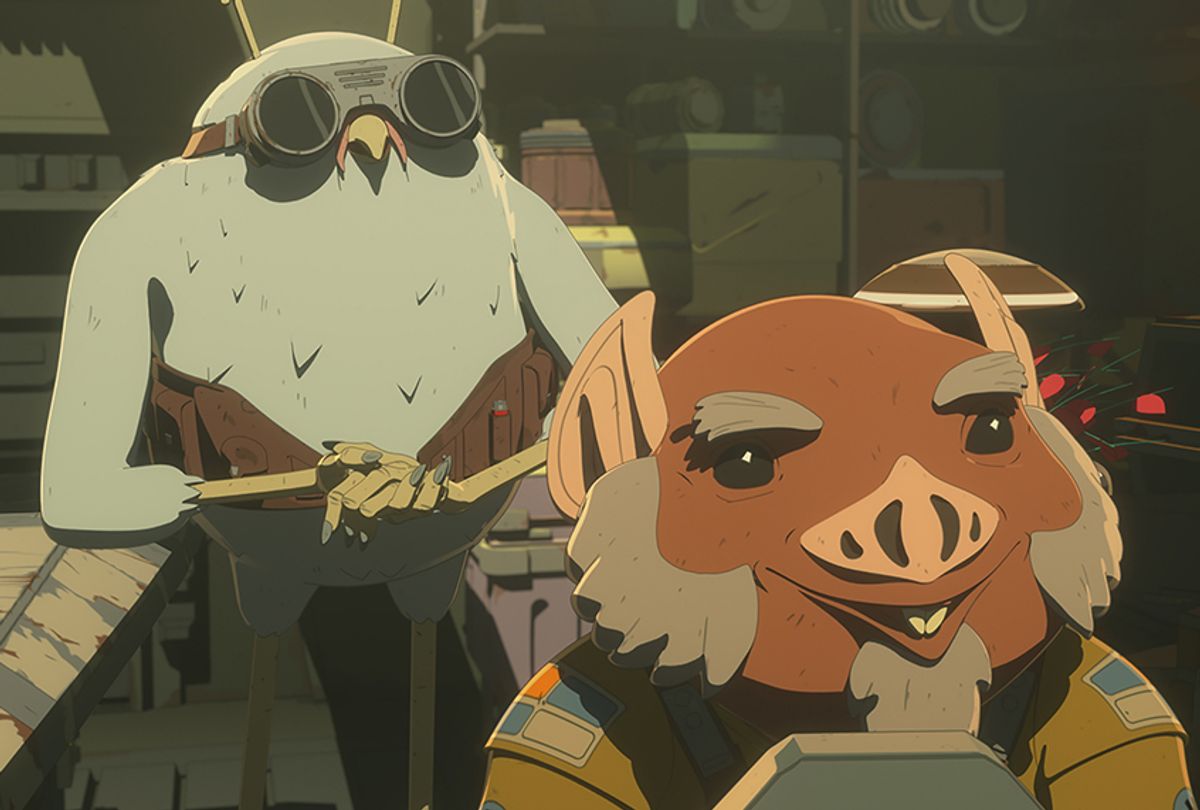 Two characters in the Star Wars universe are openly gay, according to producers of the canonical animated show “Star Wars Resistance.”

During an interview with the podcast “Coffee with Kenobi,” executive producer Jim Ridge revealed that the characters of Flix (voiced by “Saturday Night Live” alumnus Bobby Moynihan) and Orka (voiced by Jim Rash) are in a same-sex relationship.

“I have had a sentence prepared for a year and a half," Moynihan added. "If someone would finally ask me, I would say, ‘All I can say is that when Flix says, ‘I love you,’ Orka says, ‘I know.’"

The announcement about Flix and Okra appears to be part of an aim to include the LGBTQ community in Disney releases. According to Deadline, Donald Glover‘s Lando Calrissian was hinted as being pansexual in “Solo: A Star Wars Story”; “Avengers: Endgame” co-director Joe Russo played a gay man grieving the loss of his partner in the 2019 blockbuster hit; Marvel Cinematic Universe producer Kevin Feige has announced that a character from the upcoming film “The Eternals” will be gay; and Tessa Thompson’s Valkyrie will be searching for a queen in the upcoming “Thor” sequel “Thor: Love and Thunder."

The misogynistic and racist voices have not deterred Disney from continuing to create a more inclusive "Star Wars" cinematic universe. When John Boyega, who is black, was announced to have a major role in “Star Wars: The Force Awakens” in 2015, white supremacists launched a boycott of the movie on the grounds that casting an actor of color in a predominantly white franchise amounted to “white genocide.”

Two years later, actress Kelly Marie Tran was subjected to racist and sexist harassment for her depiction of Rose Tico (a woman of East Asian descent) in 2017’s “Star Wars: The Last Jedi.” An alt-right group went out of its way to lower the movie’s score on Rotten Tomatoes.

Last year, “Ralph Breaks the Internet," which portrayed Disney princesses in an empowered role, was trolled by reactionary critics who disliked its feminist message. Earlier this year, actress Brie Larson was subjected to sexist attacks because of her starring in the first Marvel Cinematic Universe film to headline a female superhero, “Captain Marvel.”

Some criticism has also come from the other side of the coin. The original “Star Wars” trilogy was heavily criticized for only featuring one prominent person of color on-screen (Billy Dee Williams as Lando Calrissian), with James Earl Jones only providing the voice for Darth Vader and the character himself being white.

Among the most infamous moments in the “Star Wars” saga was the unveiling of Jar Jar Binks, who though played by an African-American actor (Ahmed Best) was criticized for seeming to play off of racist caricatures of black people. Best later recalled to IndieWire that the criticism nearly drove him to suicide, saying that “we have our guard up when it comes to being portrayed as an Uncle Tom, a racist stereotype or anything that makes you, as a black person, look less than.”