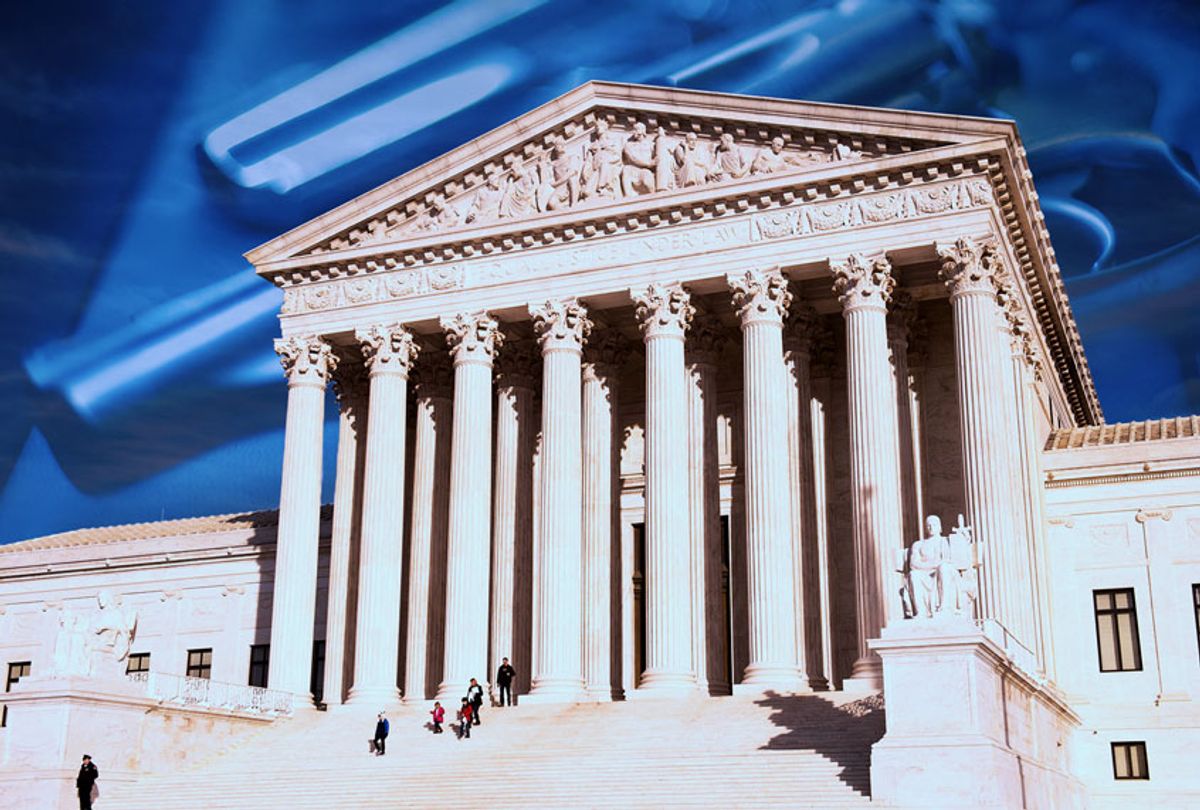 After nearly a decade of silence on guns, the Supreme Court on Monday heard arguments on the first major Second Amendment case to come before the high court since 2010.

Over the past 10 years, the nation has experienced an uptick in gun violence, and lower courts have issued more than 1,000 rulings seeking to apply the court's 2008 ruling in District of Columbia v. Heller, which established an individual right to keep a handgun at home for self-protection. Two years later, the court clarified that the right applies nationwide.

The new case concerns a dispute over a New York gun restriction, which has since been changed. Because the city repealed the law after the Supreme Court agreed to hear the case, New York argued that the case should be considered moot. And, based on the comments made on the bench Monday, the Supreme Court appears unlikely to deliver a major win to gun rights activists.

Since 2010,  justices have largely avoided taking up a follow-up case to Heller. The court's willingness to consider this case, even though the law at issue was repealed, had gun rights advocates hoping it would significantly expand the right to bear arms outside of the home.

Gun control activists, by contrast, voiced concern that the Supreme Court's new conservative majority could produce a decision that would roll back many of the local gun restrictions enacted over the past decade. They were especially concerned that Brett Kavanaugh, who succeeded Anthony Kennedy, may be further to the right on the issue. Kavanaugh said nothing during Monday's argument.

The New York gun law that gave rise to the case said licensed individuals could take a handgun outside the home to a nearby shooting range, provided it was unloaded and in a locked container. The gun could not be taken beyond the city's limits, the law said.

Three local handgun owners and the New York state affiliate of the National Rifle Association — a national gun rights lobby group closely aligned with President Donald Trump and other Republicans — challenged the provision, arguing that it violated the Second Amendment's right to keep and bear arms. They said the law was too restrictive and prohibited a New Yorker to transport his gun to his "second home for the core constitutional purpose of self-defense or to an upstate county to participate in a shooting competition, or even across the bridge to a neighboring city for target practice." Two lower courts rejected their claims and upheld the law.

After the Supreme Court agreed to take up the case, New York State Rifle and Pistol Association v. City of New York, the city repealed the rule and replaced it with a statute that prohibits such restrictions from being adopted in the future. The court's four liberal justices — Ruth Bader Ginsburg, Sonia Sotomayor, Stephen Breyer and Elena Kagan — suggested that they now considered the case moot.

"What's left of this case?" Ginsburg reportedly asked. "Petitioners got all the relief they sought."

"You're asking us to take a case in which the other side has thrown in the towel and opine on a law that's not on the books anymore," Sotomayor added.

Conservative Justices Neil Gorsuch and Samuel Alito, by contrast, appeared to indicate their beliefs that the controversy remains ongoing, with Alito reportedly arguing that the city laws that remain in effect still violate the Second Amendment. Gorsuch, meanwhile, said that the new law does not specifically protect the gun owners if they make a stop on the way to an out-of-state gun range. He asked why that point is not enough of a restriction on gun rights to take up the case.

But Richard Dearing, a lawyer for the city, reportedly said no one would be punished for making such brief breaks, which he said were "entirely permissible."

The court will issue its decision by late June.