Booker on Democratic field: “There's more billionaires in the 2020 race than there are black people”

Cory Booker speaks out following the exit of fellow Sen. Kamala Harris from the race for the party’s 2020 nod 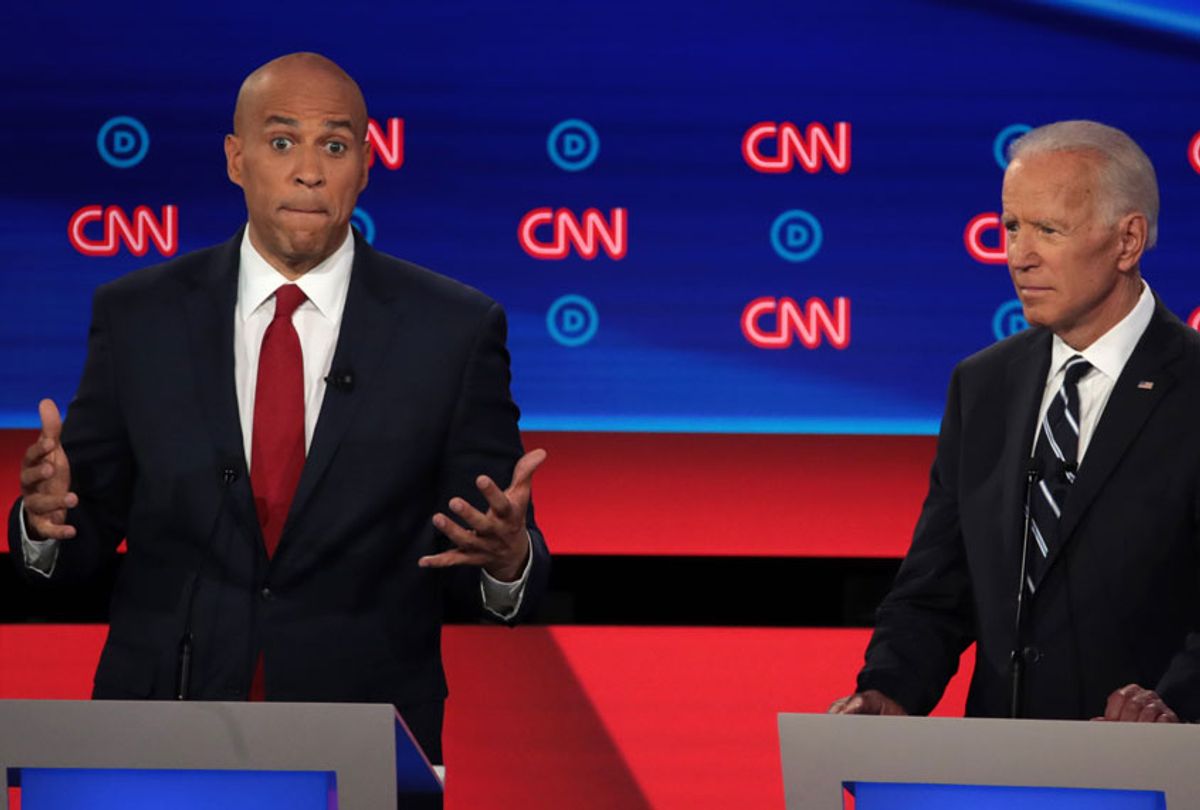 Sen. Cory Booker of New Jersey, one of the 16 Democrats currently running in for the part’s 2020 presidential nomination, and his campaign have questioned how a Democratic field which began as the most diverse in history now has more billionaires left than African-Americans.

"There is no question that Cory should be on the December debate stage,” Sabrina Singh, national press secretary for Booker’s campaign, told Salon by email Wednesday. “It's troubling that a field of candidates that began as the most diverse in history has gotten to the point where there are more billionaires in the 2020 race than there are black people."

Singh’s comments echo those made by Booker himself to BuzzFeed News' AM to DM earlier Wednesday. During the interview, Booker discussed the recent exit of Sen. Kamala Harris of California, who is a woman of color, from the Democratic field. After describing Harris as his “friend” and “sister” and expressing “anger” that she had suspended her campaign, Booker said his concerns were shared by his family, members of the Congressional Black Caucus and other leaders of color across the country.

“We just don't understand how we've gotten to a point now that there's more billionaires in the 2020 race than there are black people,” Booker told BuzzFeed. “At a time when one of the very themes of the Democratic Party is that billionaires and millionaires shouldn’t shape the rules to benefit them — and not folks like Kamala who have authentic connections to millions of voters around this country.”

He added, “And so what we have to understand as the Democratic Party is that we win when we see coalitions like [Barack] Obama got.”

Booker also expressed these thoughts on Tuesday night as he discussed with MSNBC host Chris Hayes how Harris’ withdrawal meant the Democratic debate stage on Dec. 19 could conceivably include only white candidates.

Two non-white candidates are one poll away from qualifying: Rep. Tulsi Gabbard of Hawaii and the entrepreneur Andrew Yang. Booker, by contrast, has not reached four percent in any of the recent qualifying polls.

“I’m a little angry, I have to say, that we started with one of the most diverse fields in our history, giving people pride,” Booker told Hayes. “And it’s a damn shame now that the only African-American woman in this race, who has been speaking to issues that need to be brought up, is now no longer in it.”