"We're standing with Bernie because Bernie stands with us." 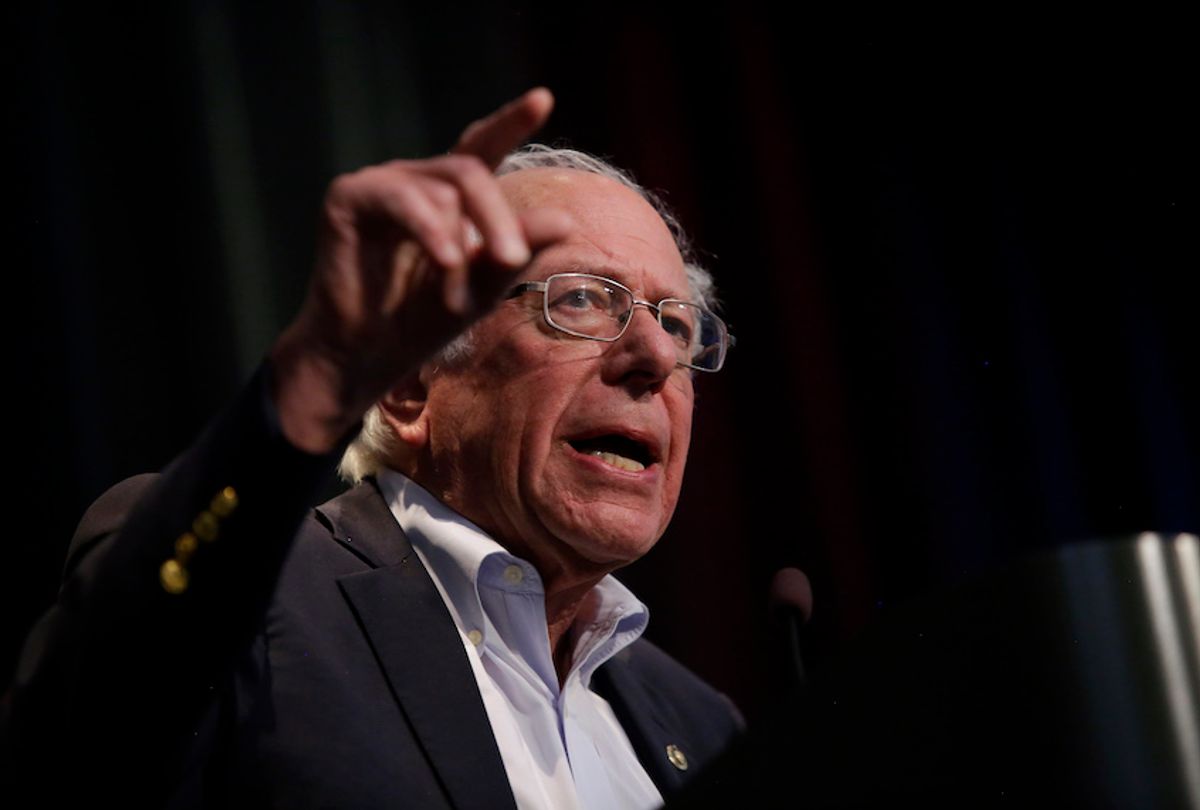 With only about two months left before Iowa's first-in-the-nation 2020 caucuses, the political arm of the state's largest grassroots progressive group endorsed Sen. Bernie Sanders for the Democratic Party's presidential nomination on Monday.

"From standing with us on strike lines with fast food workers to touring rural Iowa plagued by factory farms, Bernie has helped build the political revolution we've been building for decades. And we could not be more excited to have him build it with us in Iowa in 2020," said the Iowa Citizens for Community Improvement (CCI) Action Fund.

The Iowa CCI Action Fund plans to formally voice support for Sanders (I-Vt.) at an endorsement rallyand Medicare for All action at its headquarters in Des Moines on Thursday. The decision to back his campaign for the Democratic nomination followed a seven-month endorsement process.

"Some 2020 presidential candidates have been embracing or acknowledging movement politics. But only one of them has been doing it for decades, just like Iowa CCI Action and our sister organization Iowa CCI," the action fund said. "That's why Iowa CCI Action is endorsing Bernie Sanders. We're standing with Bernie because Bernie stands with us."

The action fund, which also endorsed Sanders in the 2016 Democratic presidential primary, recognized two of his 2020 rivals — Sen. Elizabeth Warren (D-Mass.) and former Housing and Urban Development (HUD) Secretary Julián Castro — as candidates who "have stood with us on the issues and have shown a commitment to co-governing with movement organizations."

However, the group explained, Sanders consistently has been and remains:

"We're committed to using this endorsement to lift up our people and planet first demands and take on the corporate power that wants to maintain the 'business as usual' status quo," the Iowa CCI Action Fund added. "Electing Bernie Sanders is part of the bigger fight to put People and Planet First."

Sanders campaign state director Misty Rebik welcomed the endorsement in a statement reported by The Hill.

"Iowa CCI is not only the largest progressive organization in Iowa, they are the hardest working and know what it takes to win for working people," Rebik said. "The members of Iowa CCI made this endorsement because they know that when Bernie Sanders is in the White House, he will fight alongside us because he always has."

On the heels of the action fund's announcement Monday, Iowa Student Action announced on Twitter that it was following the group's footsteps and supporting Sanders' second run for the White House: