Press Watch: Here's who treated the faux outrage over Barron Trump as if it were real news

Trumpers turned an innocuous mention of his son into a full-day news moment. Are you shocked media played along? 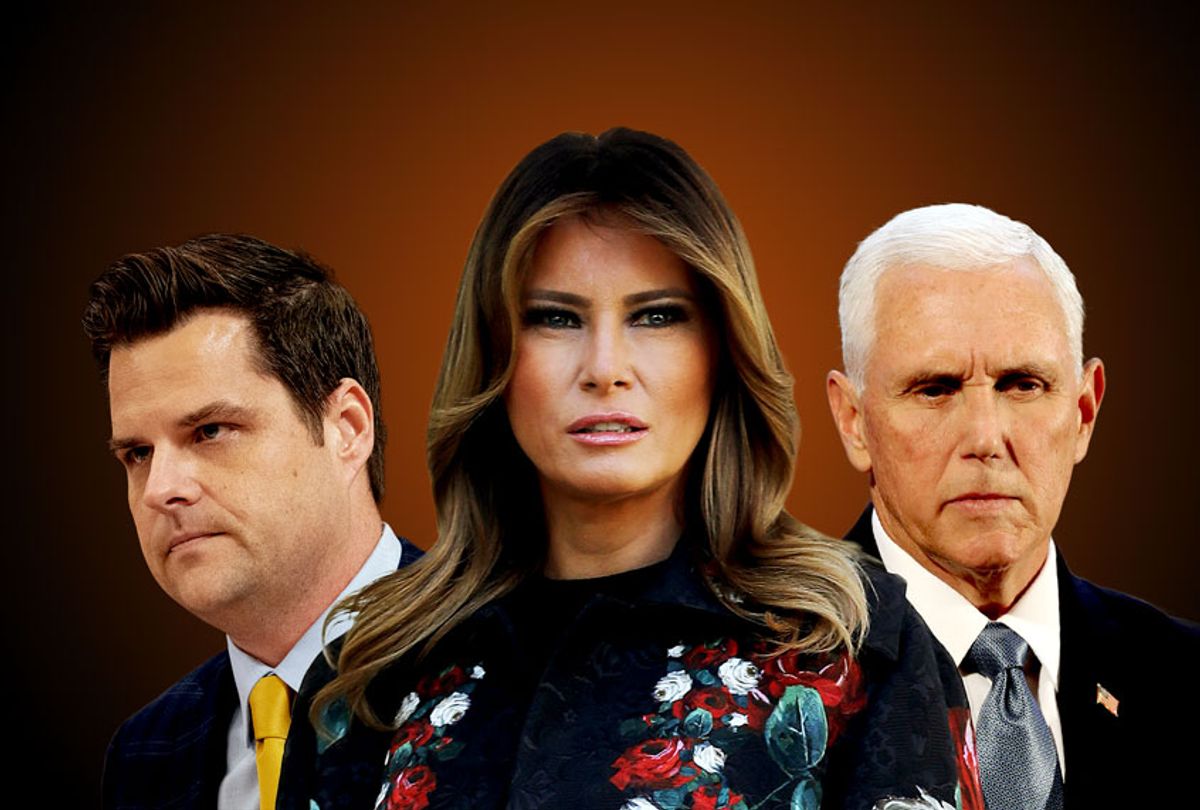 If you haven’t heard, Stanford Law professor Pamela Karlan had a pretty good line on Wednesday, as she was making the point that Donald Trump is not a king: “While the president can name his son Barron, he can’t make him a baron.”

It got some chuckles in the House Judiciary Committee hearing room. It was effective, clever, and poked just a little bit of fun at Trump for giving his son such a pretentious moniker.

But in the Trump camp, the simple mention of Trump’s minor child’s name was immediately seized upon as an opportunity to gin up faux outrage and create a bad-faith distraction from the serious Constitutional issues raised by Karlan and her colleagues about Trump’s abuse of power and Congress’ obligation to act.

The big problem for the GOP, of course, was that Karlan was not unhinged — and neither were any of the other witnesses in the impeachment inquiry so far. By and large they’ve been wicked smart and totally composed and so obviously devoted to the truth and the national interest it’s been devastating to Trump’s case. Especially the women.

The only people in this drama who’ve been unhinged are GOP congressmen Devin Nunes, Jim Jordan and Doug Collins — and, of course, Trump himself.

Shortly after, the press secretary who won’t appear before the press corps tweeted:

Just a bit later, @TeamTrump was heard from:

Then, in the hearing room, Rep. Matt Gaetz, R-Fla., expressed unhinged indignation about Karlan invoking Trump’s “minor child.” Vice President Pence weighed in, too. And the ultimate tweet, of course, came from Melania Trump’s account (though it didn’t much sound like her):

The Trump camp knew full well they could count on the right-wing media echo chamber to pick up their little tempest and run with it.

But they also depended on the “mainstream” media being unable to resist a shiny bauble: In this case, a dramatic conflict devoid of real meaning.

They also knew at least some reporters would overlook the obvious performative nature of their insincere manipulation. The reporters would recognize it, of course, but they would willingly pretend that they did not so as to not complicate things. They would be dupes.

Lawfare executive editor Susan Hennessey tweeted last night that those reporters should be ashamed of themselves:

So I decided to name names.

The people who didn’t fall for it

But first, some authentic reactions.

(He was overly generous in assuming reporters would even go to the effort of debunking it.)

Joan Walsh of the Nation (a former editor of Salon):

GUILTY: ABC News anchor David Muir and White House correspondent Terry Moran. Less than 30 seconds into ABC’s "World News Tonight" on Wednesday, Muir breathlessly announced: “And tonight, the unexpected moment when one of the witnesses brought up to President’s youngest son to make a point. It was not well-received by many. And tonight, she’s apologizing.”

Later, in a taped segment, Moran reported “And back in that hearing room, Republicans were furious when one of those law professors argued that the Constitution does not make Trump a king — driving the point home with a quip about the president’s son.”

Later yet, Muir cut back to Moran:

MUIR: So, after that moment today, let’s get right to Terry Moran tonight — he’s live on the Hill — and Terry, first the apology just in tonight from that law scholar who brought up the president’s youngest son?

MORAN: That’s right, Stanford Law professor Pamela Karlan, at the end of the hearing, said this: “I want to apologize for what I said earlier about the president’s son. It was wrong of me to do that. I wish the president would apologize, obviously, for the things that he’s done that are wrong. But I do regret having said that.”

All told, the Barron theatrics took up fully one-fifth of ABC’s segment on Wednesday’s hearing.

Ah yes, the good old days, like in the '90s, when Rush Limbaugh called Chelsea Clinton the “White House dog” and John McCain told GOP donors, “Do you know why Chelsea Clinton is so ugly? Because Janet Reno is her father.”

Allen, incidentally, is the same guy who complained about a lack of “pizzazz” after the first impeachment hearing.

GUILTY: NBC White House correspondent Peter Alexander, who intoned seriously on the "Nightly News" about “Karlan drawing criticism for invoking President Trump’s 13-year-old son to make her point that a president is not a king.”

GUILTY: CNN’s Erin Burnett and Gloria Borger. Burnett reported that “Karlan faced a series of attacks for doing so from Republicans, the Trump campaign and Melania Trump.” Borger added: “She’s not used to testifying. This environment was not hospitable to what was kind of not a great joke and she apologized for it only after Melania and, of course, the Vice President himself also went after her.”

Fellow panelist John Dean, by contrast, scoffed at the issue and dismissed Gaetz as a “cheap-shot artist.”

Journalists didn’t have to take the Trump camp’s outrage completely on face value to reward it with the coverage it was intended to generate. They could focus on how it was a bad joke and a bad mistake. So:

GUILTY: MSNBC correspondent Garrett Haake for tweeting that “The Karlan joke about Barron Trump was an unforced error, and Republicans are going to be talking about it quite a bit.”

And PARTLY GUILTY: Alyssa Rosenberg, the “pop culture” opinion writer for the Washington Post, who called it “abundantly obvious” that Karlan's remark “was a bad joke and an incredibly boneheaded strategy,” before getting to the part about how “what was really toxic and deliberately misleading was the way Republican political operatives rushed en masse to recast Karlan’s comment as an attack on a child rather than his father, and in the process committed the very offense they condemned: They made a young boy the story.”

KUDOS to Norah O’Donnell, who kept the "CBS Evening News" free of this distraction.

KUDOS to the New York Times for ignoring it, as best I can tell.

KUDOS to the Associated Press and Reuters for keeping their notice of it to a bare minimum.

Update: GUILTY: Several readers have brought to my attention the fact that Gayle King, the news anchor on "CBS This Morning," did not follow the example of the "Evening News."

After showing Karlan’s statement and apology and Gaetz’s harangue, and reading Melania Trump’s tweet out loud, King said: “I am very glad that she did apologize. I admit when I was watching, I cringed just a little bit when she brought Barron’s Trump name into it. And Melania Trump rightfully turned into Mama Bear at that moment.”