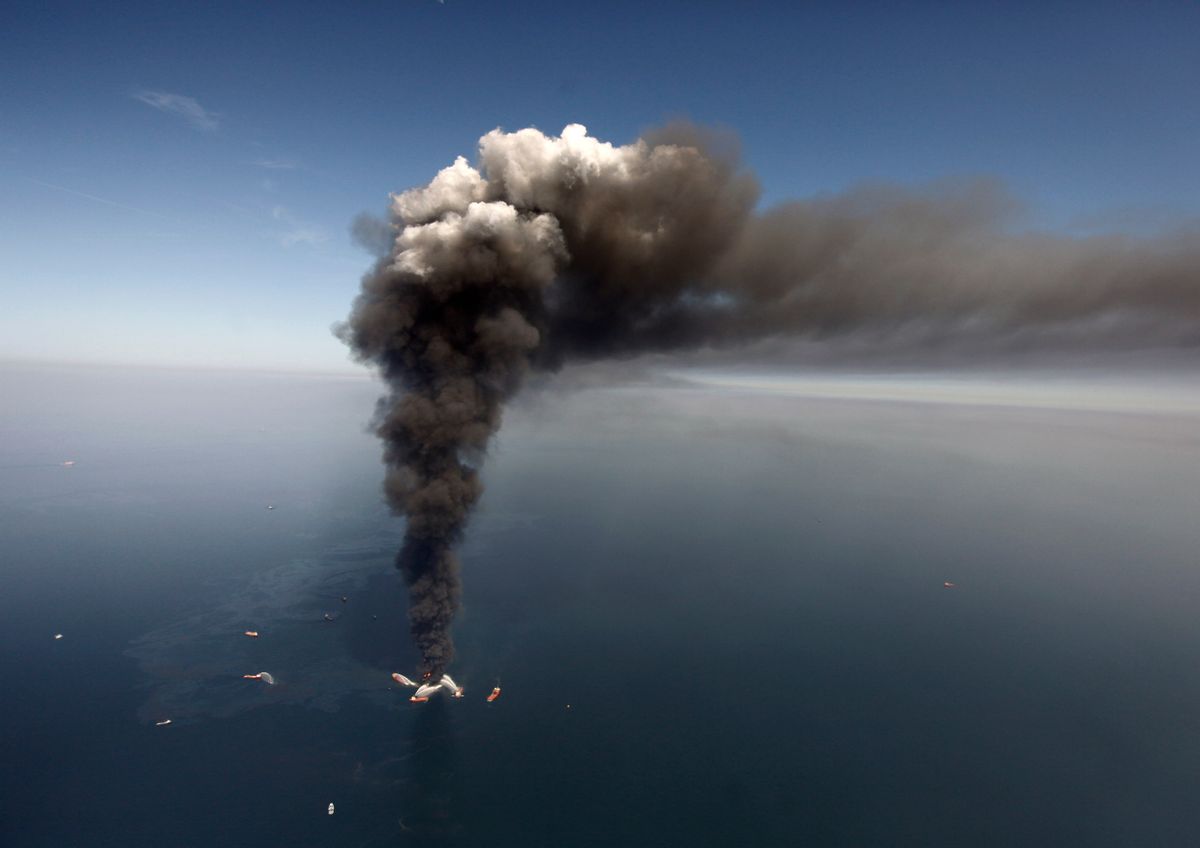 Interior Secretary David Bernhardt was condemned Monday for a proposed policy shift on offshore drilling panned as a "sweetheart giveaway" for a former client.

The new extraction-encouraging proposal was announced last month in a report (pdf) by the Bureau of Safety and Environmental Enforcement (BSEE) and Bureau of Ocean Energy Management (BOEM), two agencies within the Interior Department and occurred, according to transparency group Western Values Project, "under the cloud of impeachment."

Bernhardt's announcement followed longstanding fears that the former lobbyist would use his position in the federal government to serve the interests of the fossil fuel lobby above those of the American people and public lands. The recommendations laid out in the report pertain to royalties for offshore leasing and drilling.

"Federal officials," as Louisiana's Houma Today reported, "are offering oil and gas companies a discount on the fees they pay the government to drill in the Gulf of Mexico's shallow waters."

Also noteworthy, said the advocacy group, is that the report was co-authored by BSEE Director Scott Angelle, who also has ties to the fossil fuel industry. Western Values Project said that, during the government shutdown, Angelle — who has NOIA's stamp of approval for his current position — green-lit 53 permits for offshore drilling for companies that sit on the board of directors for NOIA.

"Since day one, Secretary Bernhardt has operated as though Interior was his own personal lobby shop by doling out favors for his former clients with impunity. This offshore royalty rate reduction deal is short selling our shared resources and ripping off taxpayers," said Jayson O'Neill, deputy director of Western Values Project.

"With Trump's own corruption dominating headlines," he continued, "Bernhardt probably thought this sweetheart giveaway to his former oil and gas client would slip by unnoticed."

Oil giants like Chevron and Shell are already taking advantage of a loophole in federal law to avoid paying at least $18 billion in royalties on oil and gas drilled in the Gulf since 1996, the New York Times reported in October, citing a report from the Government Accountability Office.

"This administration wants to lease areas of the Gulf for 'high-risk, small-upside opportunities' to smaller oil companies who don't have the resources to handle spills," the group said. "This proposal is as illogical as it is dangerous."