Who's the real "elitist"? Progressives fire back at Buttigieg over tuition-free college 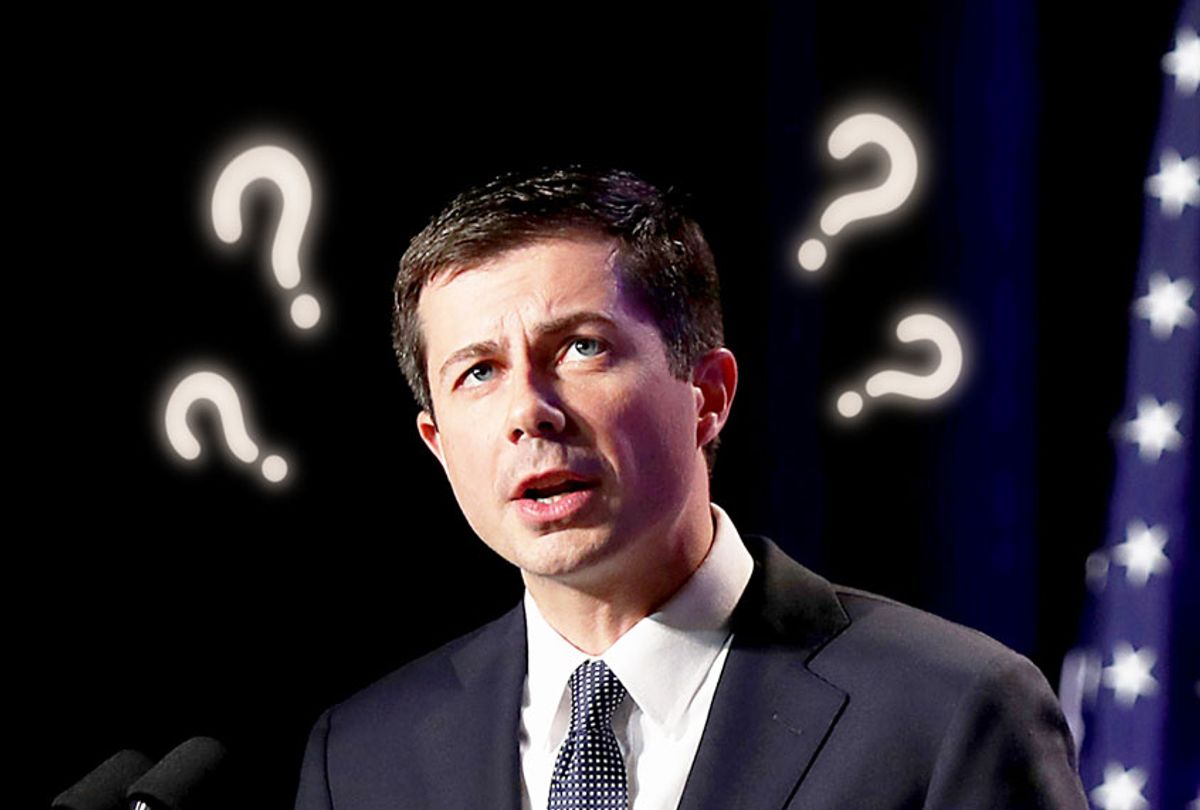 At a campaign stop in South Carolina on Monday, Buttigieg told the press that plans to offer public college to all Americans tuition-free push a "narrative" that one must attend college to succeed in the United States.

"Where I come from, three out of four people don't have a college degree," the South Bend, Indiana mayor told NBC reporter Priscilla Thompson. "And if the message we're sending to them is that you need a college degree in order to get by in life, in order to prosper, in order to succeed, we're leaving most Americans out."

Several officials on Sanders' presidential campaign took issue with that characterization, noting that the Vermont senator's public college proposal explicitly included tuition-free trade school enrollment, which, like two- and four-year college, would be funded by a Wall Street speculation tax.

Sanders has long held the position that not all Americans may want to attend a two- or four-year college, campaign spokesman Mike Casca told the Huffington Post.

"In fact, technical colleges and trade schools can be essential to the lives of working class Americans," Casca said. "Unlike Mayor Pete Buttigieg, Bernie believes essentials should be guaranteed to all people — not just those who can afford it."

Warren would also include technical schools in her tuition-free college plan and would invest $20 billion in apprenticeship programs for people who do not attend college.

Both plans contrast with Buttigieg's proposal, which would offer free college tuition only to families making $100,000 or less annually. Subsidies would be offered to households making up to $150,000, but would not cover trade school enrollment.

As Common Dreams reported last Friday, Buttigieg has strived to portray Warren and Sanders as wanting middle-class families to fund the educations of wealthy Americans, an argument Rep. Alexandria Ocasio-Cortez, D-N.Y., rejected on Tuesday in an email to supporters.

Buttigieg "is focusing on the children of millionaires and billionaires who could pay for college anyway — even though that's an incredibly slim percentage of people who attend public college in the first place," Ocasio-Cortez wrote, adding that the mayor is engaging in "bad faith tactics."

"A combined household income of $100,000 isn't even 'children of millionaires' territory," the congresswoman, who supports Sanders, tweeted last week. "That's two parents making $50,000 each. Does that sound rich to you?"

Critics also condemned Buttigieg for suggesting that the three-quarters of South Bend residents who don't attend college make that choice based on their values or desires rather than barriers to secondary education, particularly financial ones.

"He seems unable to comprehend that many folks can't AFFORD college," Sirota tweeted.

A survey of low-income high school seniors and their college counselors in Illinois found that 79 percent of students who were not attending college after high school made that choice due to "financial constraints" — the No. 1 reason cited. More than 40 percent of the students also said they couldn't attend college because they were obligated to financially support their families.

Another poll in 2015 by Edward Jones showed that 83 percent of Americans say they "cannot afford the expense of a college education."

Buttigieg's suggestion that his progressive opponents are wrong to suggest that students need a college education is also not rooted in the reality of many job-seekers' experiences, according to polling.

A 2017 study of 26 million job postings, conducted by Harvard Business School, found that following the 2006-2008 recession — during which many job-seekers were forced to take jobs they were vastly overqualified for — employers have practiced "degree inflation," demanding college degrees for jobs that previously wouldn't have required them.

"In a typical middle skills job title such as production worker supervisor, we found that 67 percent of the job postings required a bachelor's degree or higher; yet just 16 percent of workers already in that position held such a degree," wrote researcher Joseph Fuller at Forbes.

"The type of attitude that Mayor Pete Buttigieg is exhibiting here is in fact elitist in itself," Weaver said. "The reason why people aren’t going to college is because not everybody can afford to go to college."