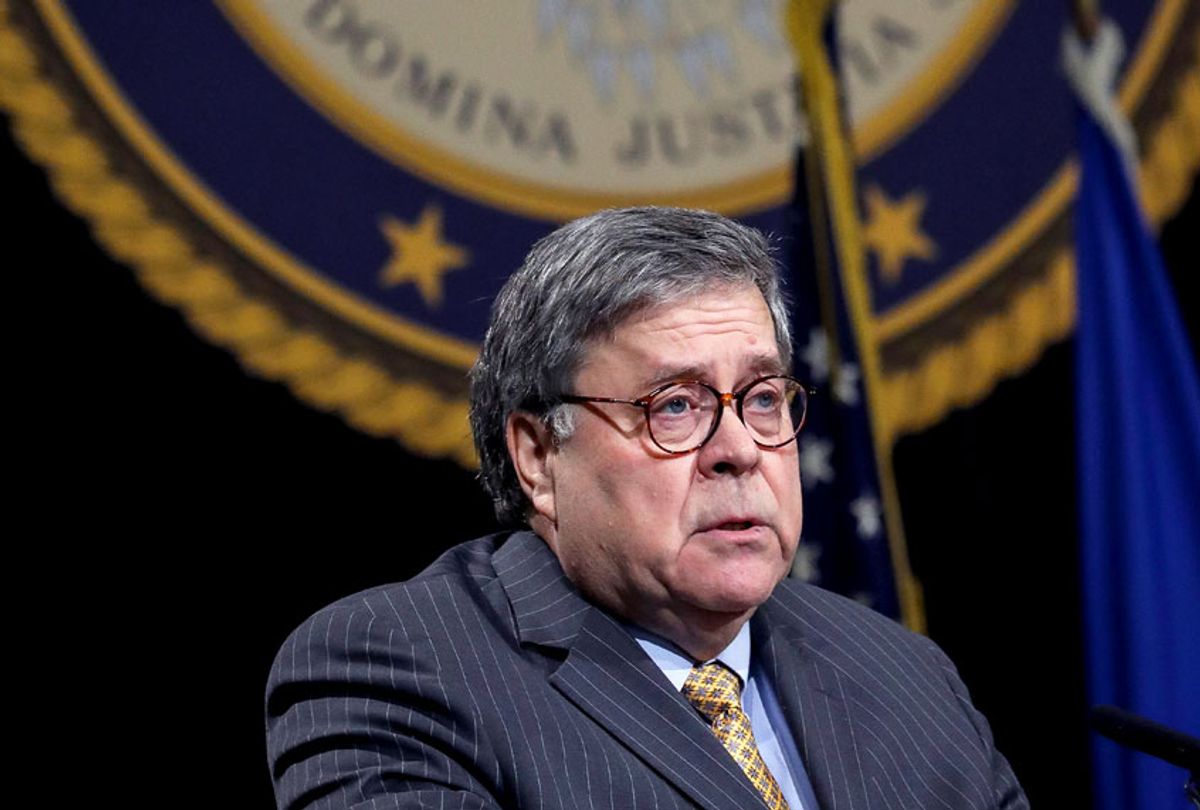 The prosecutor tapped by Attorney General William Barr to investigate the origins of the Russia investigation has reportedly rejected right-wing claims that the case was the result of a scheme conceived by politically-motivated intelligence officials.

At the same time, sources told The Washington Post that John Durham, the U.S. attorney in Connecticut who was appointed by Barr to lead the investigation, told the Department of Justice's watchdog he did not find evidence to support claims that a Maltese professor who spoke with former Trump campaign aide George Papadopoulos was secretly a U.S. intelligence agent.

Allies of the president have claimed that the professor, Joseph Mifsud, spoke with Papadopoulos about the possibility of obtaining emails and damaging information on Trump's 2016 Democratic rival Hillary Clinton. Papadopoulos, who pleaded guilty to lying to the FBI about his interactions with Mifsud, has alleged that Mifsud was an asset of the U.S. intelligence agencies seeking to set up the Trump campaign.

Michael Horowitz, the department's inspector general, is conducting his own probe into whether political bias against Trump motivated investigative decisions. Sources close to the investigation told the newspaper the draft report written by Horowitz would likely conclude that top FBI agents did not act with political bias during the 2016 election, though it would also detail instances of alleged misconduct by FBI agents involved with the investigation.

"His excellent work has uncovered significant information that the American people will soon be able to read for themselves," DOJ spokeswoman Kerri Kupec told The Post of the report's upcoming release. "Rather than speculating, people should read the report for themselves next week, watch the inspector general's testimony before the Senate Judiciary Committee and draw their own conclusions about these important matters."

Trump and his allies on Capitol Hill have labeled the FBI probe, which was taken over by special counsel Robert Mueller, as a "witch hunt." They have argued that the probe was at least in part motivated by unfounded accusations detailed in a dossier crafted by Christopher Steele, a former British intelligence officer who was hired to investigate Trump by an opposition firm working for Clinton's presidential campaign.

Top former officials at the FBI have dismissed that claim, arguing that the investigation was conducted both fairly and objectively.