Joe Biden calls Iowa voter who pressed him on Ukraine a "liar," challenges him to a push-up contest 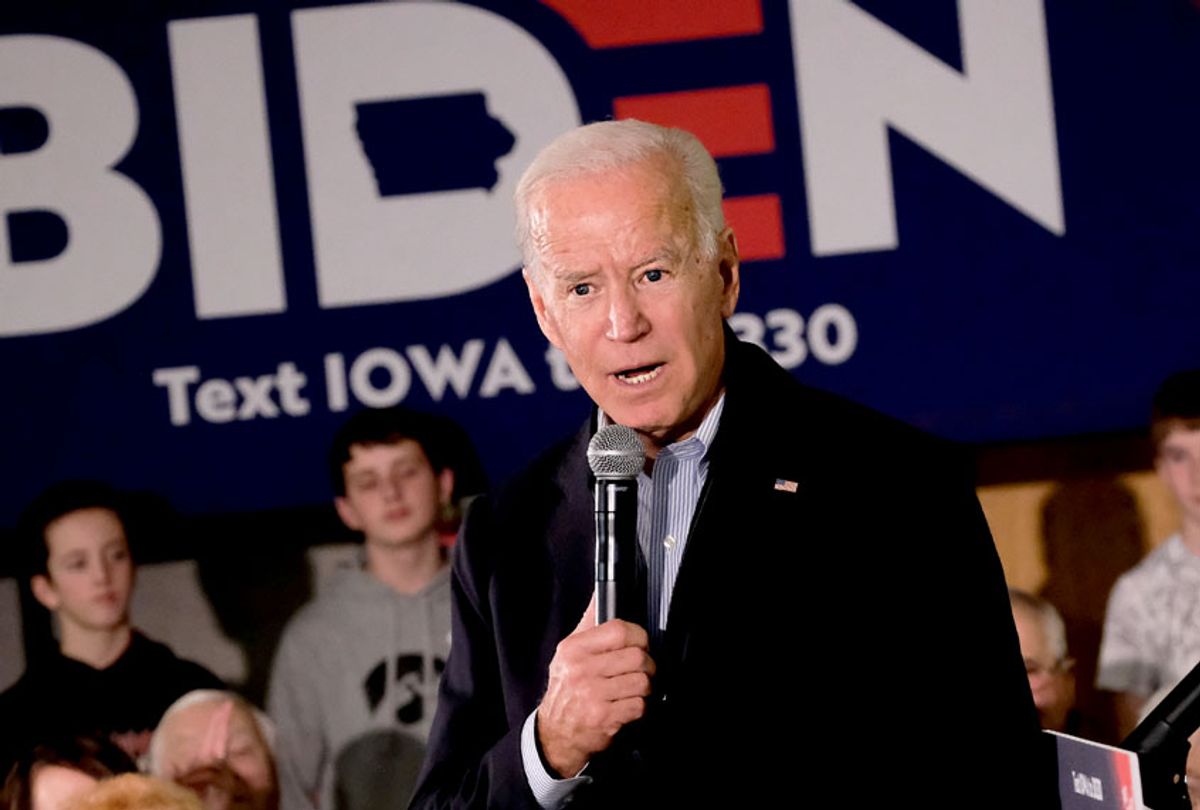 Joe Biden on Thursday called an Iowa voter a "damn liar" and challenged him to a push-up contest after the man questioned the former vice president's age and his son's business dealings in Ukraine.

The man said the presidential hopeful was "too old" to be president and likened Biden's diplomatic dealings with Ukraine to President Donald Trump's. He claimed, without evidence, that Biden "sent" his son Hunter to Ukraine "to get access to" former Ukrainian President Petro Poroshenko.

Biden fired back, "You're a damn liar, man. That's not true, and no one has ever said that. No one has proved that."

Biden then directed the man's attentions to the questions about his age, challenging him to do push-ups, run or take an IQ test with him.

"Look, the reason I'm running is because I've been around a long time, and I know more than most people know and I can get things done. That's why I'm running. You want to check my shape? Let's do push-ups together, man. Let's run. Let's do whatever you want to do. Let's take an IQ test," Biden responded, drawing applause from the crowd. "No one has said my son has done anything wrong, and I did not on any occasion."

"I didn't say you were doing anything wrong," the voter responded.

"You said I set up my son to work at an oil company. Isn't that what you said? Get your words straight, Jack," Biden shot back.

The man then went on to say that he was not voting for Biden in the state's caucuses on Feb. 3, prompting Biden to say: "You're too old to vote for me."

The Iowa man claimed he heard the allegation on MSNBC.

"You don't hear that on MSNBC," Biden said. "You do not hear that at all."

Biden also appeared to refer to the man as "fat," though campaign adviser Symone Sanders said the former vice president was saying "facts."

The voter reportedly told NBC News that he does not consider himself a Democrat or Republican, but he hates Trump. He said he would vote for Biden if he becomes the Democratic nominee.

There is no evidence that Biden acted improperly in handling Ukraine's policy while his son served on the board of Burisma Holdings, a Ukrainian gas company which came under scrutiny. Biden, as vice president, put pressure on Ukraine to fire its top prosecutor, Viktor Shokin. The former vice president, along with the European Union and the International Monetary Fund, pushed for Shokin's ouster because of widespread concerns that he was ignoring corruption.

Trump and his allies, however, have asserted that Biden pushed for Shokin's removal in order to protect his son — a claim that is at the heart of the impeachment inquiry into Trump. House Democrats are probing allegations that Trump pressured Ukrainian President Volodymyr Zelensky in a July 25 phone call to investigate the Biden family, as well as a baseless conspiracy theory about Ukrainian meddling in the 2016 election.

Notably, Thursday was not the first time Biden suggested  he would take on a challenger in a show of physical force. Earlier this year, the former vice president argued he was more than capable of taking on Trump. He joked in an interview that if Trump were to attack his age or mental fitness during a general election debate, he would challenge him to a push-up contest.

Last year, during a speech at the University of Miami, Biden told the crowd that he would take Trump "behind the gym" in response the the president's lewd comments about women.

"When a guy who ended up becoming our national leader said, 'I can grab a woman anywhere, and she likes it,' then said, 'I made a mistake,'" Biden said of Trump in March 2018. "They asked me would I like to debate this gentleman, and I said, 'No.' I said, 'If we were in high school, I'd take him behind the gym and beat the hell out of him.'"

Trump, in turn, has boasted that he would "kick his ass" and that doing so would be "easy." He added, "But, Joe, gimme a break. A guy who keeps making outrageous statements thinks he has a shot of being president?"

Trump and Biden could potentially face off in the 2020 presidential election if Biden clinches the Democratic presidential nomination.