Why NATO should be obsolete

While claiming to “preserve peace,” NATO has a history of bombing civilians and committing war crimes 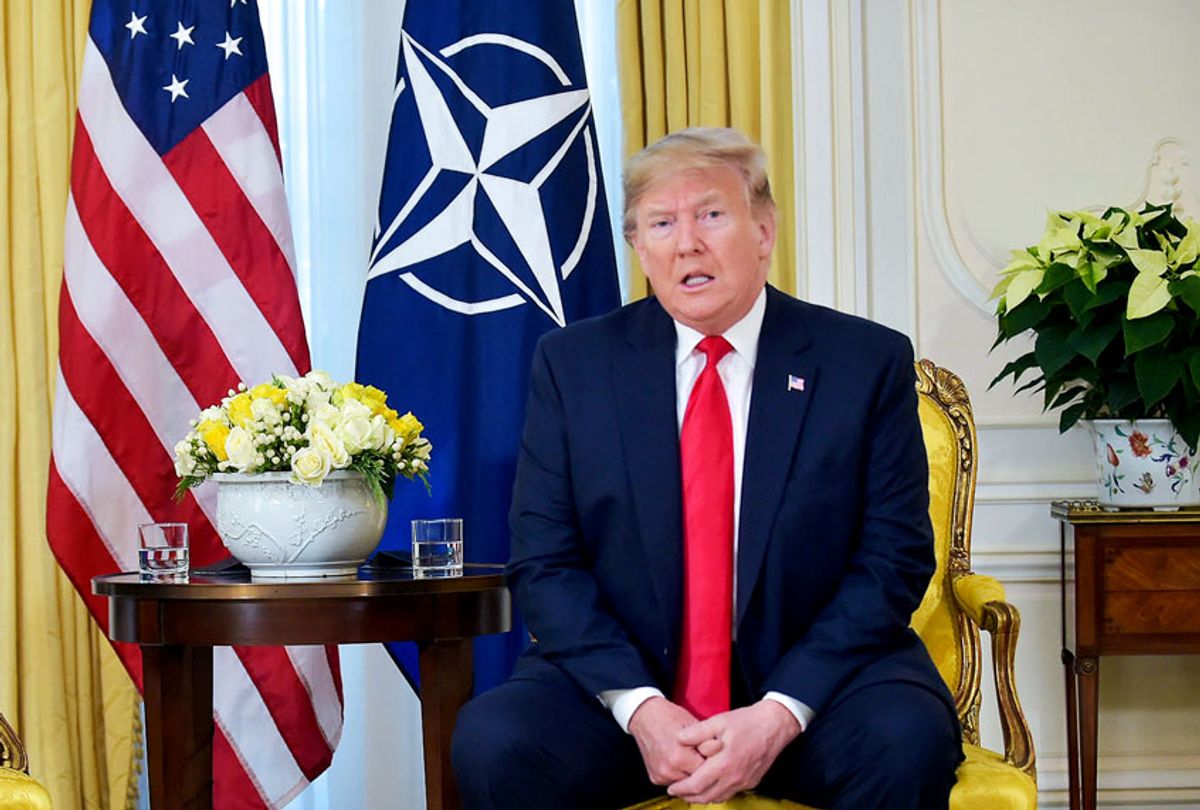 The three smartest words that Donald Trump uttered during his presidential campaign are “NATO is obsolete.” His adversary, Hillary Clinton, retorted that NATO was “the strongest military alliance in the history of the world.” Now that Trump has been in power, the White House parrots the same worn line that NATO is “the most successful Alliance in history, guaranteeing the security, prosperity, and freedom of its members.” But Trump was right the first time around: Rather than being a strong alliance with a clear purpose, this 70-year-old organization that is meeting in London on December 4 is a stale military holdover from the Cold War days that should have gracefully retired many years ago.

NATO was originally founded by the United States and 11 other Western nations as an attempt to curb the rise of communism in 1949. Six years later, Communist nations founded the Warsaw Pact and through these two multilateral institutions, the entire globe became a Cold War battleground. When the USSR collapsed in 1991, the Warsaw Pact disbanded but NATO expanded, growing from its original 12 members to 29 member countries. North Macedonia, set to join next year, will bring the number to 30. NATO has also expanded well beyond the North Atlantic, adding a partnership with Colombia in 2017. Donald Trump recently suggested that Brazil could one day become a full member.

NATO’s post-Cold War expansion toward Russia’s borders, despite earlier promises not to move eastward, has led to rising tensions between Western powers and Russia, including multiple close calls between military forces. It has also contributed to a new arms race, including upgrades in nuclear arsenals, and the largest NATO “war games” since the Cold War.

While claiming to “preserve peace,” NATO has a history of bombing civilians and committing war crimes. In 1999, NATO engaged in military operations without UN approval in Yugoslavia. Its illegal airstrikes during the Kosovo War left hundreds of civilians dead. And far from the “North Atlantic,” NATO joined the United States in invading Afghanistan in 2001, where it is still bogged down two decades later. In 2011, NATO forces illegally invaded Libya, creating a failed state that caused masses of people to flee. Rather than take responsibility for these refugees, NATO countries have turned back desperate migrants on the Mediterranean Sea, letting thousands die.

In London, NATO wants to show it is ready to fight new wars. It will showcase its readiness initiative—the ability to deploy 30 battalions by land, 30 air squadrons and 30 naval vessels in just 30 days, and to confront future threats from China and Russia, including with hypersonic missiles and cyberwarfare. But far from being a lean, mean war machine, NATO is actually riddled with divisions and contradictions. Here are some of them:

An additional major bone of contention is who will pay for NATO. The last time NATO leaders met, President Trump derailed the agenda by berating NATO countries for not paying their fair share, and at the London meeting, Trump is expected to announce symbolic U.S. cuts to NATO’s operations budget.

Trump’s main concern is that member states step up to the NATO target of spending 2 percent of their gross domestic products on defense by 2024, a goal that is unpopular among Europeans, who prefer that their tax dollars go to nonmilitary items. Nevertheless, NATOSecretary-General Jens Stoltenberg will brag that Europe and Canada have added $100 billion to their military budgets since 2016—something Donald Trump will take credit for—and that more NATO officials are meeting the 2 percent goal, even though a 2019 NATO report shows only seven members have done so: the U.S., Greece, Estonia, the UK, Romania, Poland and Latvia.

In an age where people around the world want to avoid war and to focus instead on the climate chaos that threatens future life on earth, NATO is an anachronism. It now accounts for about three-quarters of military spending and weapons dealing around the globe. Instead of preventing war, it promotes militarism, exacerbates global tensions and makes war more likely. This Cold War relic shouldn’t be reconfigured to maintain U.S. domination in Europe, or to mobilize against Russia or China, or to launch new wars in space. It should not be expanded, but disbanded. Seventy years of militarism is more than enough.