With few exceptions, Democrats don't want to serve everyone pie — they want us to fight for a few more crumbs 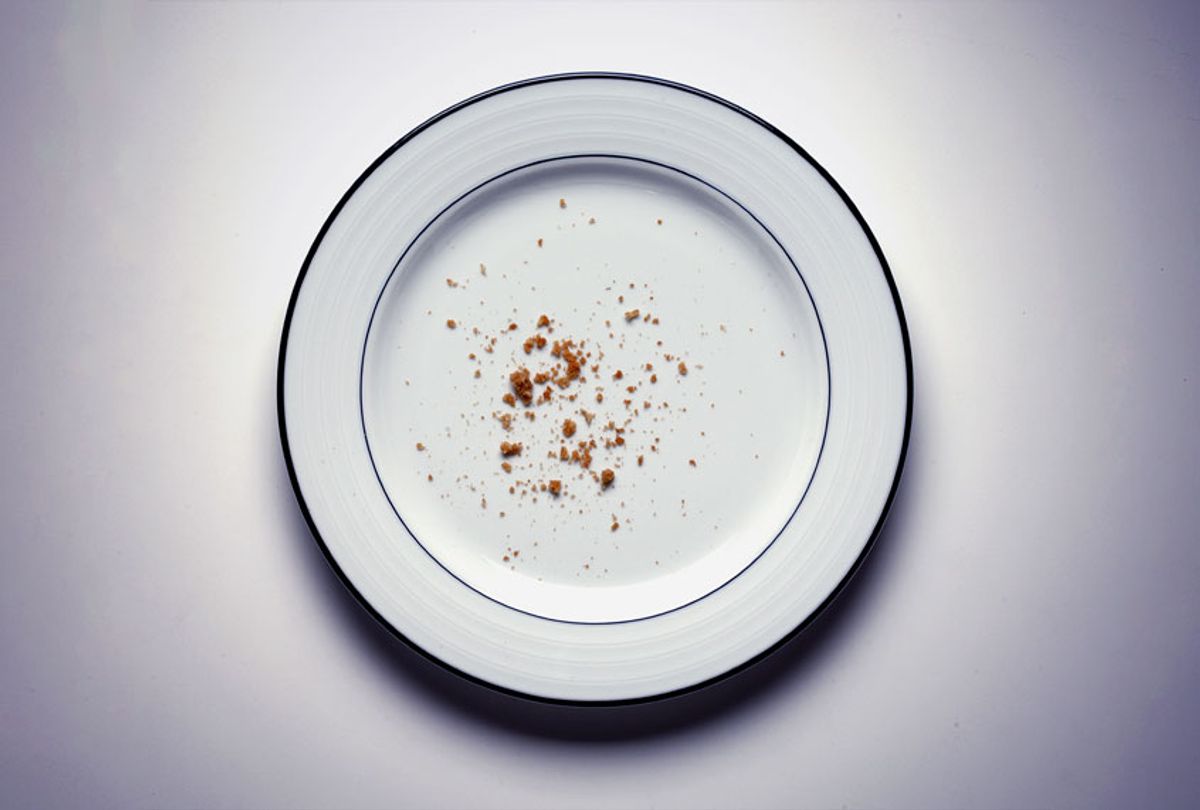 My grandfather has plenty of wild stories about his undergraduate years at the University of California, but none is wilder (to me) than his stories about paying tuition. From when he started as an undergraduate until the day he graduated, the cost of a semester at UC Berkeley was a mere $27.50. Even by the standards of inflation, that is paltry: $27.50 in 1947 dollars is $362.92 today. The cost of undergraduate tuition for Berkeley for the 2019–2020 academic year is $7127 per semester, meaning tuition has increased 21.8 times as fast as inflation since 1947.

As of late, there is talk among some progressives and leftists of making public university and community college free. Of course, public university in the United States has never been entirely free; and indeed, there is a difference between “free” and “$27.50 per semester.” Still, we can look to the past to get a sense of how our relatives back then viewed the idea of public higher education quite differently. A college education, for my grandfather, was not a consumer good, a product that one buys on credit and pays for the rest of their life. Likewise, the tuition was not seen as the literal price: at $27.50, it is clear to all that the state is subsidizing the experience tremendously.

As many critics have argued, exorbitant college tuitions teach something to students. They teach us to view college as a finishing school and as a consumer good that one buys, rather than an enlightening experience. The more expensive school is, the more likely students are to study applied fields like finance and business, rather than enriching disciplines that might make them look inwards. (The number of undergraduate business majors went from 8 percent before World War II to 22 percent in 2006.)

That was only 70 years ago, an era that many consider the halcyon days of our nation. Contrast that perception of college with these words spoken in October by presidential candidate Amy Klobuchar, a Democratic contender who has emerged as a favorite of media elites:

“I just don’t agree with these policies [for free college]… I think [their proponents] know that they don’t make sense when you take off the veneer and put them on a bumper sticker. [. . . ] I actually don’t agree because It think it’s not the best policy. They may be bold ideas but I think they’re bad ideas, and there’s a better way to do this.”

A CBS reporter then asked why student debt forgiveness and free college proposals were popular, to which Klobuchar replied:

“Because people like it, they like to hear that they’re going to get everything free. Right? They like it. That’s how Andrew Yang started his speech at the debate, about giving people a free on thousand dollars. [. . .] So that’s a lot of what the discussion is right now. . . .  this isn’t necessarily about a free college or a free degree, it’s about how can you help people afford the education they want on the path they want and have it fit with our economy.”

Klobuchar’s sentiments — that free college and complete debt forgiveness are for some reason impossible — have been echoed by other presidential candidates. Former Vice President Joe Biden has proposed free community college and slightly more generous student loan payback rules.  Senator Kamala Harris, who ended her campaign this week, issued a proposal that graduates could achieve $20,000 in student debt relief if they were a Pell Grant Recipient who started a business in a disadvantaged community and kept that business running for three years. Democratic Party wunderkind Pete Buttigieg, mayor of South Bend, Indiana, seems to share the same sentiment about the cost of college — specifically, that not everyone’s debt should be forgiven, and that free or affordable college isn’t necessarily a right. As he wrote quixotically on Twitter:

"Instead of providing free college tuition for the children of millionaires and billionaires, I will open doors of opportunity for Americans who choose not to go to college with massive investments in apprenticeships, workforce training, and lifelong learning programs."

Buttigieg is very explicit in that his plan, too, is not universal: it will not apply to the children of millionaires and billionaires. Actually, it won't apply to families making over $100,000: specifically, his plan, as proposed, would make public college and university tuition free, but only for those families who earn less than that. He also hopes to increase Pell Grants.

There is something peculiar about all these Democrats’ plans for college and student debt. They do not propose universal access to free college. They do not presuppose that everyone deserves affordable or free education. They attempt to define rubrics to determine exactly who deserves that kind of education, and under what circumstances.

As the history of college tuition in the United States shows, it wasn’t always like this. At some point in recent political history, the welfare state went from a universal conceit to something piecemeal: this person, judged by this rubric or bureaucrat, receives such-and-such social program. But as the multifarious opinions of the moderate Democratic candidates attest, the judges who dole out benefits have different ideas about what “deserving” means.

This phenomenon, of the piecemeal social welfare state, is not confined to the world of student debt. The same thing has happened around the conversation with health care. Only Warren, Sanders, and (sort of) Andrew Yang support Medicare for All plans. The rest of the Democratic candidates argue variously that the right to health care is not universal; that assorted programs should determine who is deserving and who isn’t; and that for-profit corporations should control care, as though one’s life were a commodity. President Obama’s signature policy achievement, the Affordable Care Act, operated on the same piecemeal conceit, relying on a variety of different buy-ins and private actors to function. Ultimately, it left 28.1 million uninsured at the end of Obama's term. It, too, was only partial in its application.

The vision of what government does, in the case of all these Democrats, is intriguing inasmuch as their programs are to solve problems. What is the point of having a welfare state if it is not universal, if they are not citizens' rights? And if such universal social programs are supposedly unrealistic or impossible, why have they existed in various forms both in the history of this country as well as nowadays in other countries? Moreover, why are some embedded social and infrastructure programs — libraries, say, or the right to use sidewalks and roads — universal, free, and accessible even to rich people?

Wendy Brown, political theorist at University of California, Berkeley, and author of “In the Ruins of Neoliberalism: The Rise of the Anti-Democratic Politics in the West,” told Salon that the rhetoric of the Democrats reflects how the party has been infected by the free-market logic of neoliberalism. “The demonization of public goods is the fruit of the neoliberal program, as it was rolled out here and in Europe in the 1980s, which aimed to discredit the social state, and with it, all universal programs as both inefficient and morally wrong,” she told Salon.

The neoliberal worldview, Brown explained, articulates a world in which “everything possible should be turned over to markets, and individual and family choice within them. This account has been organizing (and constraining) policy and seasoning our political discourse for 40 years. It was the premise of vast cuts to social spending and progressive taxation since the 1980s, and, as you say, underwrote the structure of Obamacare.”

As Brown notes, the logic of neoliberal capitalism has infected the brains of these aforementioned centrist Democrats to such a deep extent that they can hardly articulate an alternative. Moreover, they have ceased to be able to see social welfare as a right; it, too, has become a commodity, and therefore one can argue – as Buttigieg did – that we shouldn’t award such commodities to the rich, as they can buy them on their own. Such arguments belie the idea of social services as a right, and strengthen the overall case to keep the neoliberal mode of political thought dominant.

"The Dems often worry about being tarred as the 'tax and spend' party," Joseph M. Schwartz, a professor of political science at Temple University, told Salon. "So they often opt for means-tested programs that would garner more middle class support if they were truly universal — e.g. universal child support versus welfare."

Hence, the strongest fissure in the Democratic Party seems to be between the neoliberal zombies, and candidates like Warren and Sanders, who don’t completely buy into the austere vision of government that Biden, Obama, Klobuchar, Harris, Buttigieg, and every Republican believe.

“Warren and Sanders are directly challenging neoliberal principles, a challenge strongly embraced by their younger supporters,” Brown added. “Sanders is the most overt about it. But both Warren and Sanders are talking about public goods, public provisioning and the value of a vastly expanded social state to challenge inequality and address the climate crisis."

Warren and Sanders, Brown notes, are filling a void by pushing back against this free-market mode of thought about how society works. "Warren's constant reminder that every successful entrepreneur relies on tax-supported educated labor, technology, city services, transportation, communication and other infrastructure is a direct challenge to the neoliberal value of privatizing everything and valuing only what is marketized," Brown added.

If more Democrats don't start thinking more like them, it seems likely that future political fights will continue to be over the redistribution of crumbs — rather than a universal serving of pie.