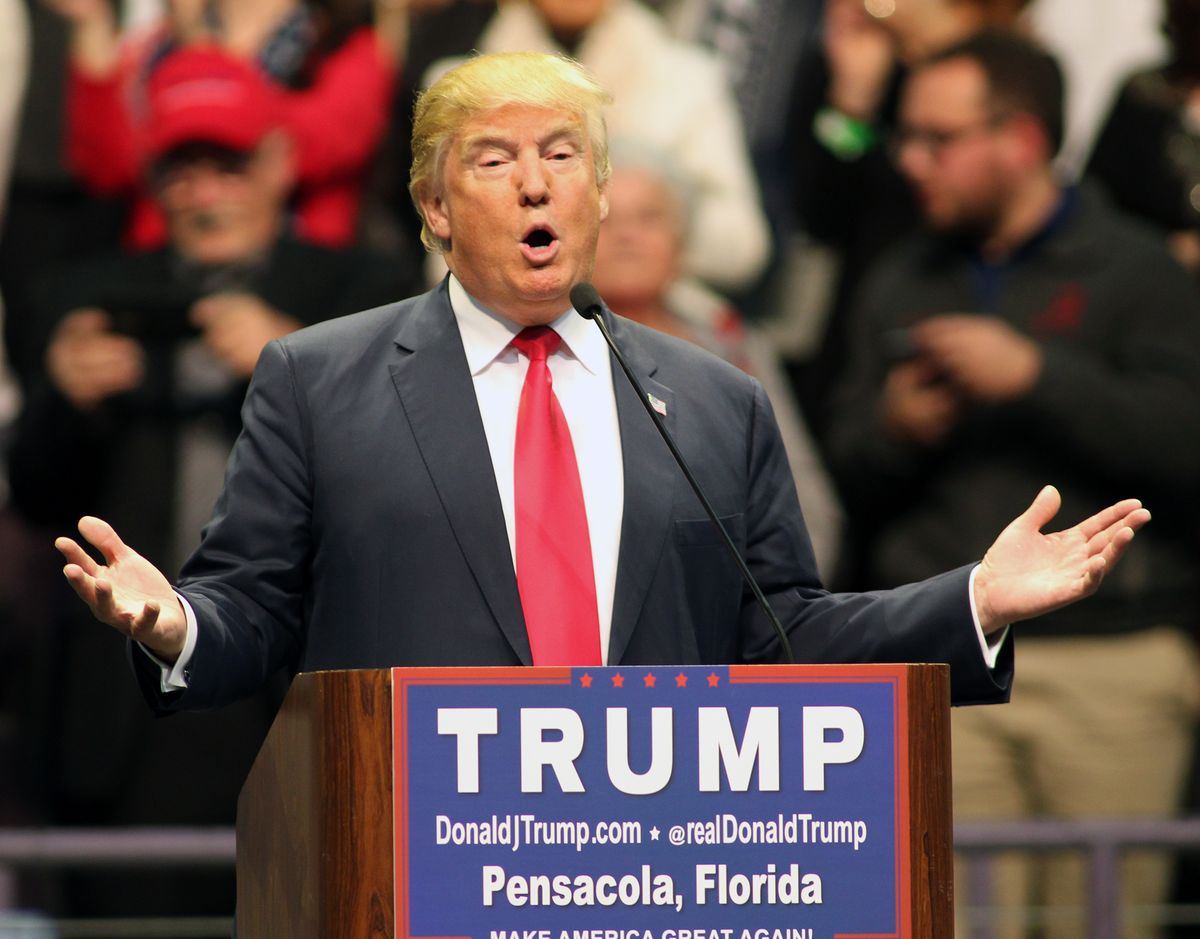 FILE - In this Jan. 13, 2016 file photo, Republican presidential candidate Donald Trump speaks during a campaign rally at the Pensacola Bay Center in Pensacola Fla. Trump is a part-time Florida resident - and a full-time problem for its home-state senator, Marco Rubio. Rubio is counting on Florida to reshape the Republican presidential contest that Trump has so far dominated by winning three of the first four states to vote. (AP Photo/) (AP/Michael Snyder, File)
--

During an appearance on the CBS program "Face the Nation" on Sunday, White House national security adviser Robert O’Brien said that at a shooting at a naval base in Pensacola, Fla. on Friday "appears to be a terrorist attack."

"We don't know yet if he was acting alone. The FBI is investigating and they've been interviewing and interrogating other Saudi students," O'Brien said.  "Look, to me, it appears to be a terrorist attack. The FBI will have to get into the — I don't want to pre-judge the investigation, but it appears that this may be someone that was radicalized, whether it was here or... It is unclear whether he has any ties to any other organizations, but it doesn't look good."

After he asked what he meant when he said that it "appears to be" a terrorist attack, given that he has access to information other Americans lack, O'Brien said that "I don't see anything that there's a broader plot. I'm watching the same things that you're watching and the public reports and this is a guy who may very well have said some things on Twitter that suggest he was radicalized. He went out and killed a number of Americans. So my point is it looks like terrorism."

O'Brien added, "We'll have to see what the FBI investigation shows, what his motivations were. The Saudis have promised full cooperation with the investigation. We're going to take them at their word. And the FBI is very competent at doing these things. They'll get to the bottom of it and we'll have a full report. My point is it looks, from what we're seeing in the public reports, that this looks like something that's terrorism or akin to terrorism."

O'Brien's remarks were in contrast with those of Secretary of Defense Mark Esper, who on Saturday was careful to emphasize that he did not know if it was a terrorist attack. "I can’t say it’s terrorism at this time. I think we need to let the investigators, the FBI, do its work and … get us the facts, and we’ll move out from there," Esper said, according to Politico. By contrast, Rep. Matt Gaetz, R-Fla, said on Friday that "this was not a murder. This was an act of terrorism." During a news conference on Sunday, the FBI special agent in charge of the case, Rachel Rojas, said that "we work with the presumption that this was an act of terrorism" before adding that the "investigation has not led us to any information that indicated any credible threat to our community," according to USA Today.

The shooting is to believed to have been perpetrated by Mohammed Alshamrani, 21, a second lieutenant in the Royal Saudi Air Force and student naval flight officer at the Naval Aviation Schools Command. The shooting left three service members dead and eight others injured. The fatalities included Airman Mohammed Hathaim, 19, from St. Petersburg, Fla., Ensign Joshua Kaleb Watson, 23, from Coffee, Ala. and Airman Apprentice Cameron Scott Walters, 21, from Richmond Hill, Ga.